New Fortnite Joy-Con for Switch Are Coming Later This Year 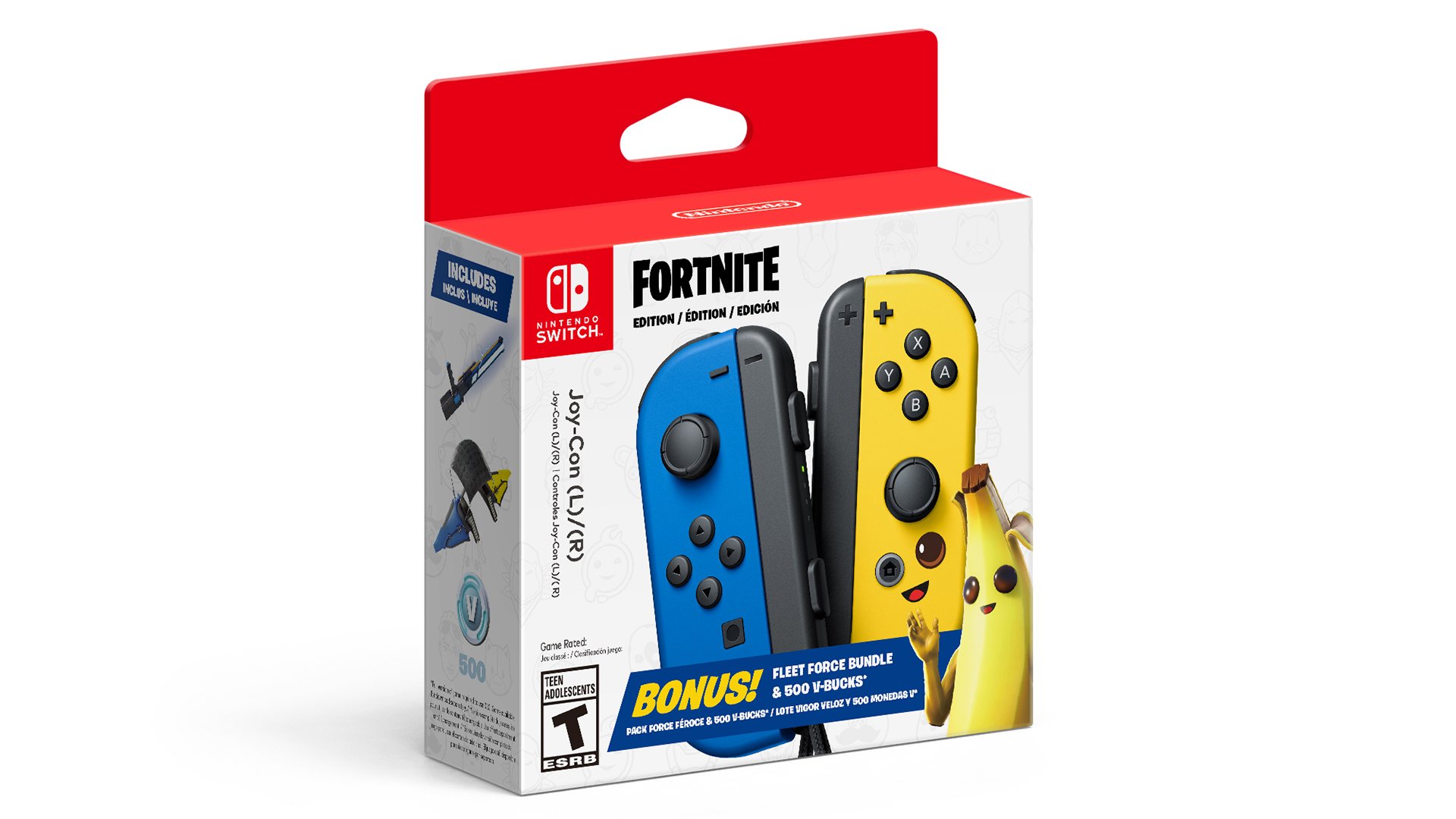 For the 2020 holiday season, Nintendo released a Fortnite-themed Nintendo Switch console that featured Fortnite imagery, as well as yellow and blue Joy-Con.

Now, later this year, a new set of Fortnite-themed Joy-Con will be released in a standalone package called the Fortnite Fleet Force Bundle. These Joy-Con are different from the ones included with the Fortnite Switch console.

The Fortnite Fleet Force Bundle will be released on June 4. While Nintendo has yet to announce the price for the Fleet Force Bundle, regular Joy-Con are available for $79.99 per set. We expect this bundle to have a similar price, though it may be slightly higher since it includes in-game content for Fortnite. We’ll make sure to let you know when more details are revealed.

Will your family pick up these new Fortnite-themed Joy-Con? Let us know on Twitter at @superparenthq.