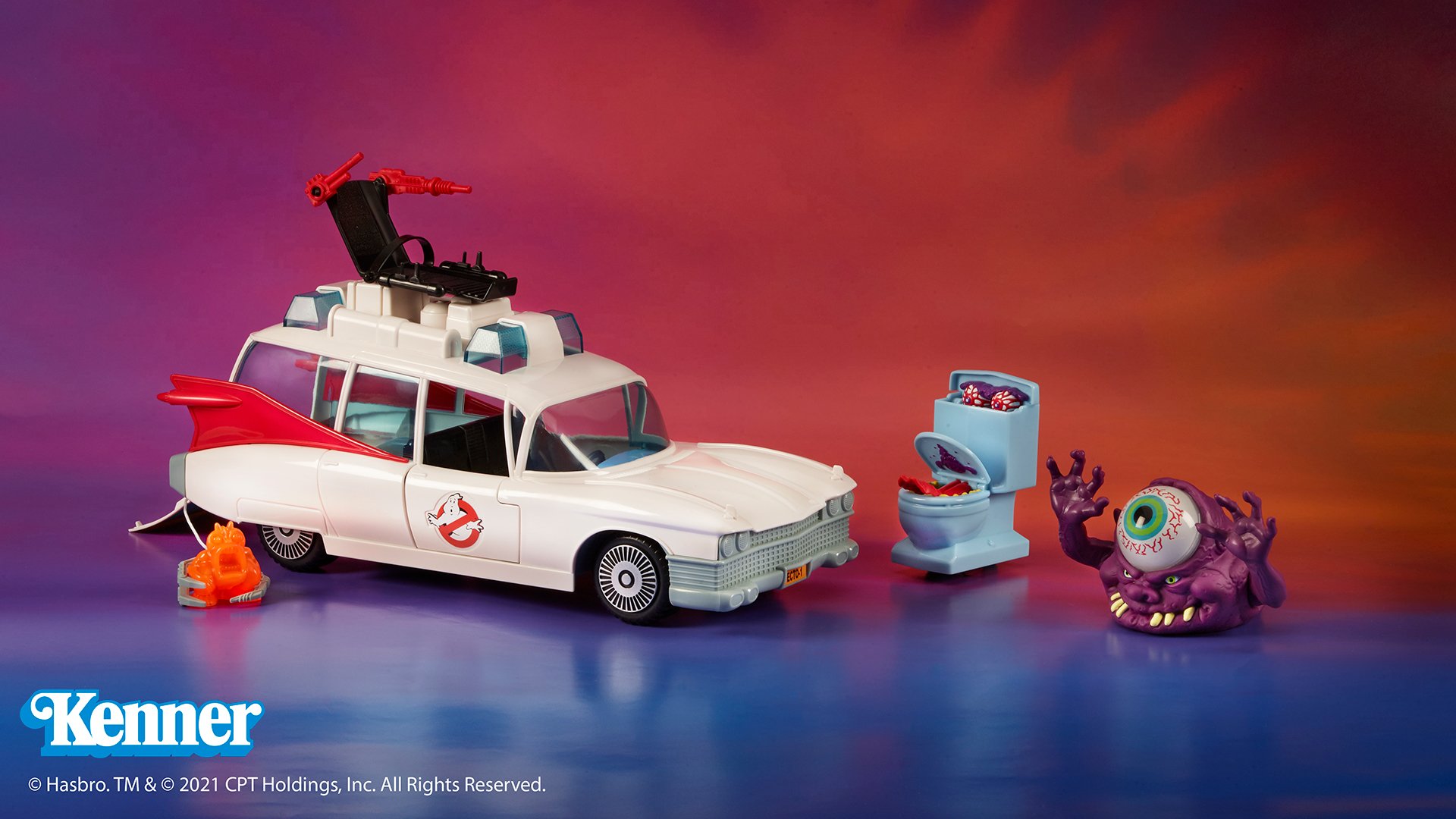 These toys have a recommended age rating of 4+, so even little ghostbusters will be able to get in on the fun when they’re released later this year. Here’s a look at what was revealed.

This toy version of the Ecto-1 vehicle includes moving wheels, a working tailgate, a deployable ghost claw, and a swivel blaster seat on the roof. The Ecto-1 also comes with a small orange ghost figure that the claw can grab as kids (and adults) pretend they’re catching ghosts. The Kenner Classics Ecto-1 will be priced at $49.99.

Priced at $14.99 each, these figures are inspired by the Bug-Eye and Fearsome Flush ghosts. The Fearsome Flush figure looks like a regular toilet until you open it up, which reveals the ghost’s eyes in the tank and its mouth in the bowl. Meanwhile, the Bug-Eye figure has a removable eyeball (it’s attached to the figure by a cord so it doesn’t get lost).

These Ghostbusters toys will be released exclusively at Walmart in April 2021. They’ll go up for pre-order on Walmart’s website on March 15 at 1 p.m. ET.

Will your family pick up any of these new Ghostbusters toys? Let us know on Twitter at @superparenthq.