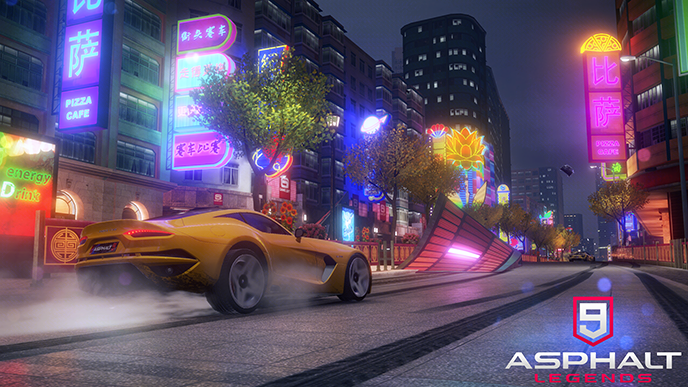 Asphalt 9: Legends is the latest installment in the popular Asphalt mobile game series. The racing game contains almost 50 different cars, and offers a simple control scheme that lets the game handle acceleration and turning, while players control drifting and their vehicle’s nitrous (which lets them get a quick boost of speed). If players want to increase the challenge, they can turn off the assist mode and take over steering themselves.

The game features a single-player campaign for players who wish to drive solo, as well as multiplayer races for up to eight players. Players can also join “Clubs” with other users where they can win in-game rewards.

Asphalt 9: Legends is available to download for free on iOS and Android devices, as well as Windows 10 PC. It includes optional in-app purchases. The game is rated E for Everyone on Android and Windows 10 PC, and 12+ on iOS (due to “Infrequent/Mild Realistic Violence”).

Check out the first 16 minutes of Asphalt 9: Legends in our SuperParent First Look below to see how the game plays.