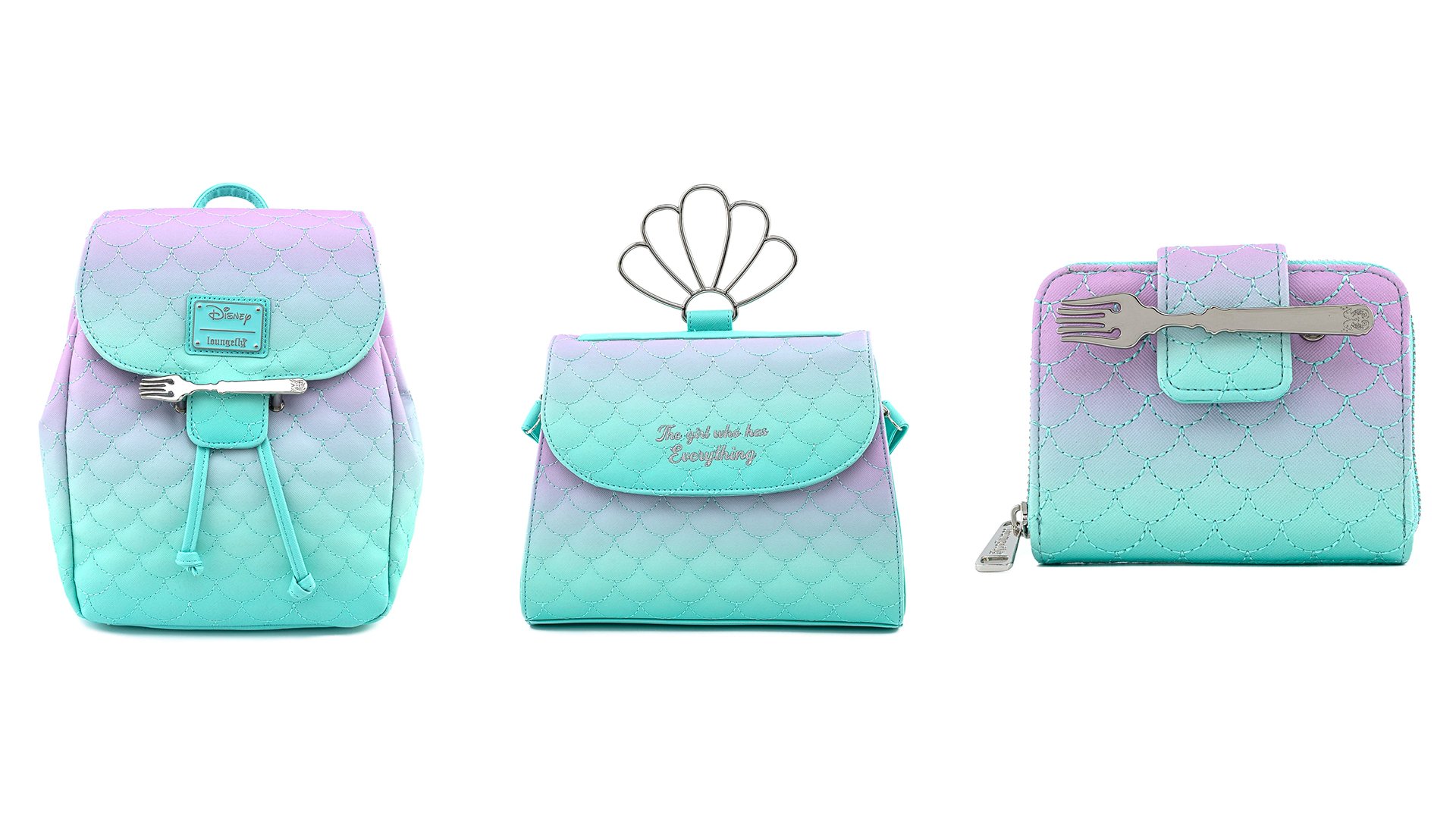 This collection features three items: an Ombre Mini Backpack ($75), an Ombre Crossbody Bag ($75), and an Ombre Zip Around Wallet ($40).

Each accessory has a stitched mermaid scale pattern with an ombre color scheme that moves from a pretty teal to a pastel purple. The wallet and backpack feature a “dinglehopper” closure that’s inspired by the forks Ariel collects in the film. The crossbody bag, meanwhile, has a shell-shaped handle and the phrase “The girl who has everything” embroidered on its flap.

While all three items offer subtle nods to The Little Mermaid on the outside, the inside of each accessory has a bright, colorful pattern featuring Sebastian, Flounder, and other friendly fish who are swimming among the plants and coral under the sea.

All three of these accessories are available now on Loungefly’s website.