Check Out These New Super Mario Toys From Jakks Pacific 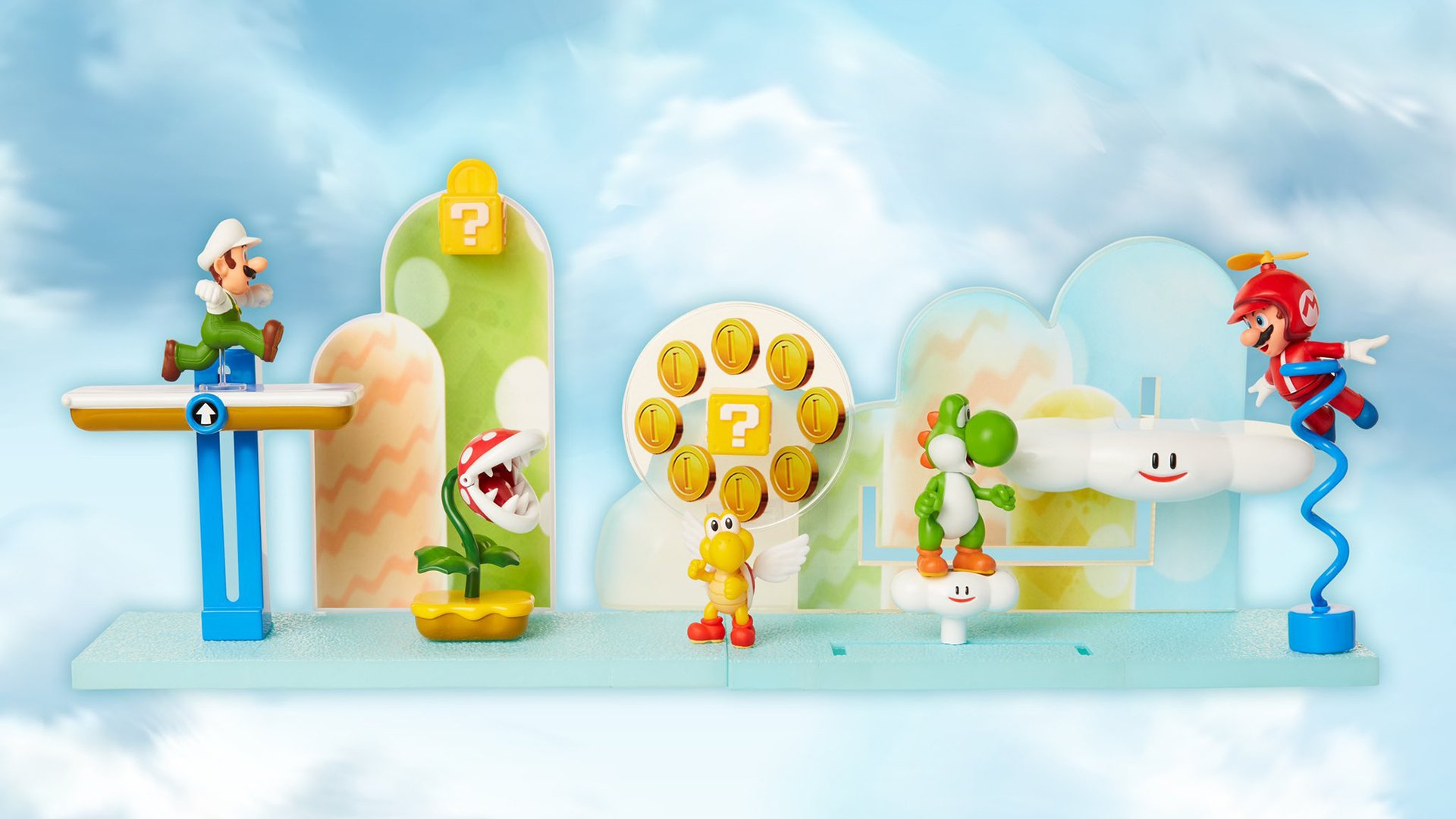 In honor of MAR10 Day (“Mario Day”) on March 10, toy company Jakks Pacific revealed new Super Mario-themed toys and playsets that will be released this fall.

First, there’s the Super Mario Bowser’s Airship Playset. According to The Toy Book, this playset was designed to match in scale with Jakks’ 2.5-inch Super Mario-themed figures, and it will come with one Mario figure. The airship has wheels so that kids (and adults) can roll it around, and the airship can open up so kids can store their figures inside the toy when it’s not in use. According to The Toy Book, the Super Mario Bowser’s Airship Playset will be priced at $39.99.

Next, Jakks revealed the new Super Mario 3D 3-Pack of Cat Mario figures, which features Peach, Mario, and Luigi, all dressed in the adorable cat costumes seen in the Super Mario 3D World video game. According to The Toy Book, this three-pack of figures will be priced at $29.99.

Finally, Jakks announced the Super Mario Deluxe Cloud Playset, which looks to be inspired by levels in the Super Mario video games (specifically, levels that take place in the air). According to The Toy Book, the playset will feature a moving platform, a piranha plant, a 2.5-inch Propeller Mario figure, and more. The Toy Book said this playset will be priced at $29.99.

As of this writing, Jakks Pacific hasn’t revealed the release date(s) for these toys, but keep checking back with SuperParent, as we’ll bring you more information about all three as soon as they’re revealed.

Is your family looking forward to playing with these new Super Mario toys? Let us know on Twitter at @superparenthq.