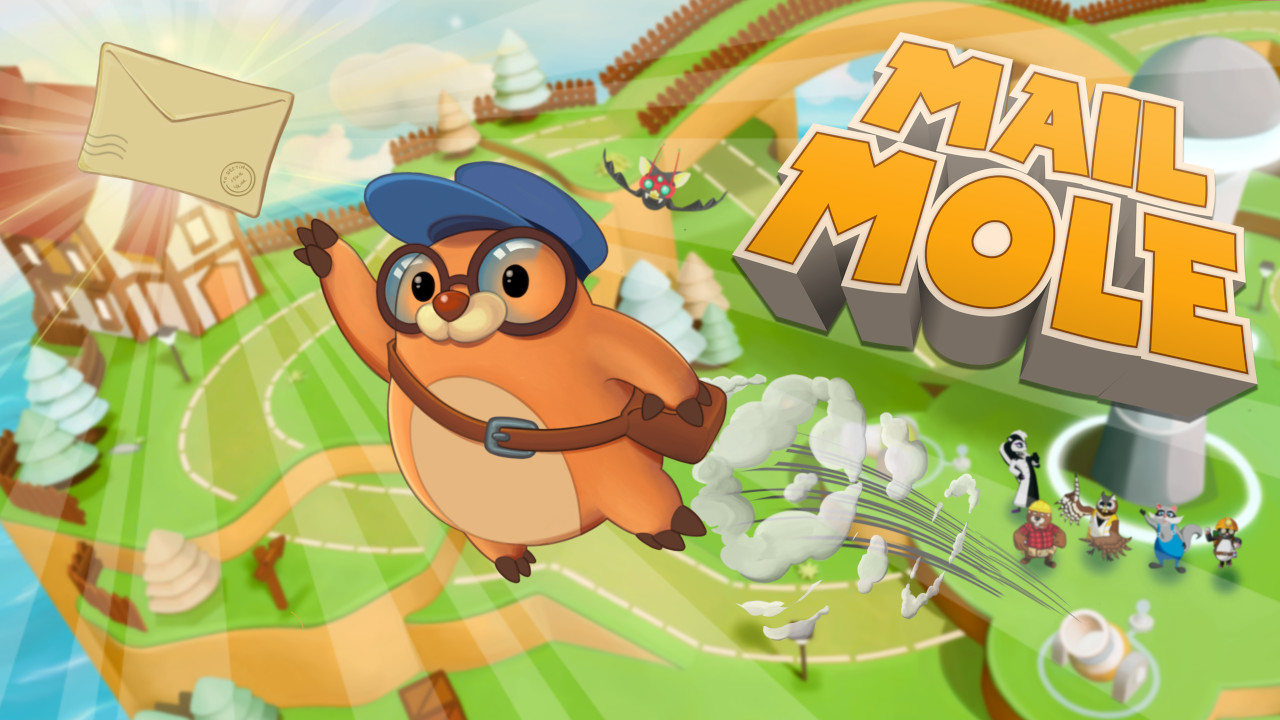 Mail Mole is a 3D platformer that follows Molty, a mole mailman, on his quest to make deliveries and restore power to the colorful world of Carrotland.

Since Molty is a mole, he doesn’t walk along the ground. Instead, he moves around just below the earth’s surface. You can keep track of your position as you move by watching the distubred pile of earth Molty creates as he “walks” and “runs.”

Molty can jump out of the ground to reach platforms of differing heights, clear gaps in the path, and destroy obstacles. This jumping movement resembles the look of a dolphin as it jumps out of the water. That is, Molty will jump up and then automatically dive back underground, unless players have landed on an object (like a crate or hay bale) that stops Molty from hitting the soil. When this is the case, he will bounce on top of the object until players move him so he can get back underground. In addition to “sprinting” and jumping, players can also dash into certain objects to break them.

The world of Mail Mole is split into themed environments, which each have multiple levels to complete.

Each level is filled with carrots and radishes that players can collect and spend on new hats and other accessories for Molty. If players ever “die” in a level (for instance, by falling off of a cliff), they’ll lose a few carrots and can try the level again (either from the beginning or from the last checkpoint they activated). There is no traditional “lives” system here.

Levels will keep track of how long players take to complete them, and they’ll reward players with a bronze, silver, or gold medal if the level was completed within a certain amount of time. Players can replay stages in an attempt to beat their previous times and earn all of the medals.

Finally, as players restore power to different areas around Carrotland, they’ll unlock race stages that allow them to compete in races against a group of mechanical moles.

Mail Mole is available to download for $14.99 on Switch, PlayStation 4, Xbox One, and PC. The game is rated E for Everyone by the ESRB. While Mail Mole is family-friendly, the game doesn’t contain voice acting, so players need to know how to read in order to follow along with the game’s story.

Check out 22 minutes of Mail Mole gameplay on Switch in our video below.