Roblox Is Hosting an Album Launch Party for Why Don't We 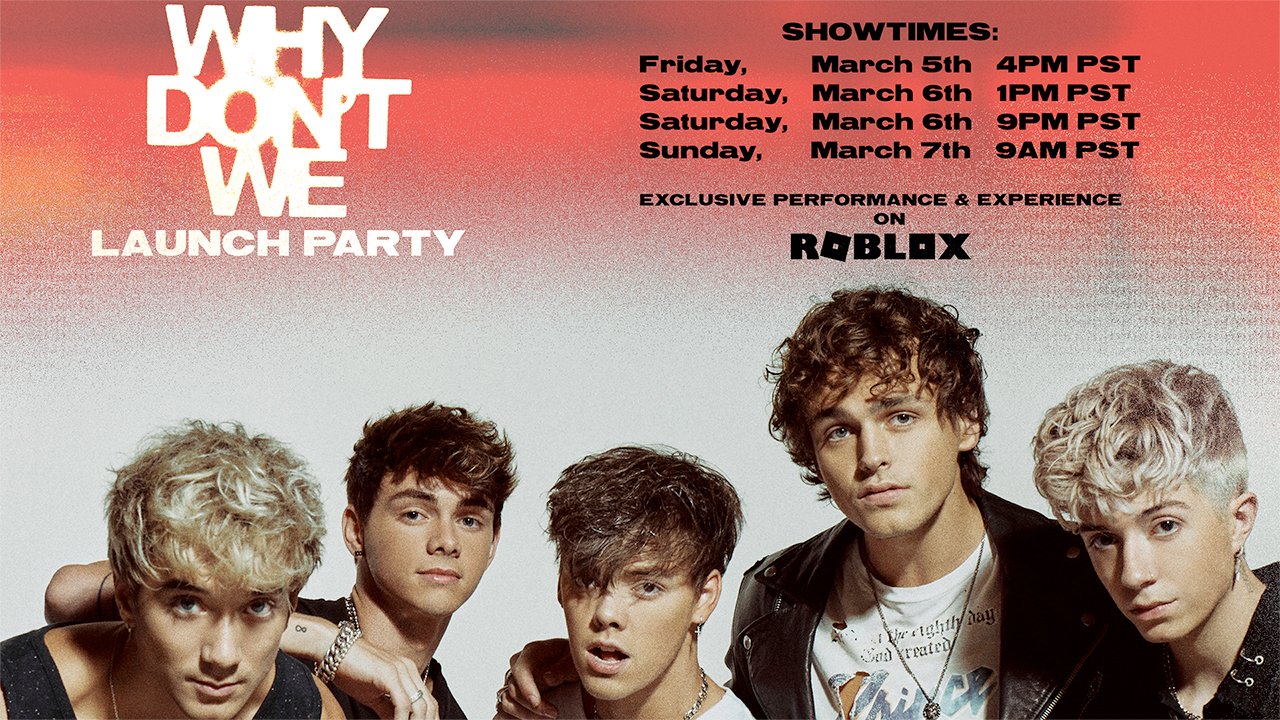 Social gaming platform Roblox and Signature Entertainment/Atlantic Records recording artist Why Don’t We announced the band will host a virtual launch party on Roblox for its second album, “The Good Times and the Bad Ones.”

The launch party will begin on March 5 at 4 p.m. PT, but the event space is already live on Roblox for fans to enter and explore. The virtual venue features quests and mini-games for fans to complete, as well as stores where they can shop for limited-edition, virtual Why Don’t We merchandise, including digital avatars for each of the five band members. The event space was created by Atlantic Records and Roblox developer Melon Dev.

Once the launch party begins, fans will be treated to a live performance of some of Why Don’t We’s most popular songs. Then, after the event, the band will host a Q&A session and answer questions from the Roblox community.

For fans that can’t make it to the launch party on March 5, the performance will be replayed three times between March 6-7. Here’s the schedule:

In a press release, Zach Herron, a member of Why Don’t We, commented on this launch party:

“Having spent so many hours on Roblox, it’s awesome that we get to connect with our fans in this community we know so well. While we’ve missed being on tour and interacting with our fans all over the world, being able to connect in this way is bringing fandom to a whole new level. Literally anyone can join the party, no matter where they are, so we’re excited to see everyone this weekend on Roblox.”

You can learn more about Why Don’t We and the band’s Roblox launch party on Roblox’s website.