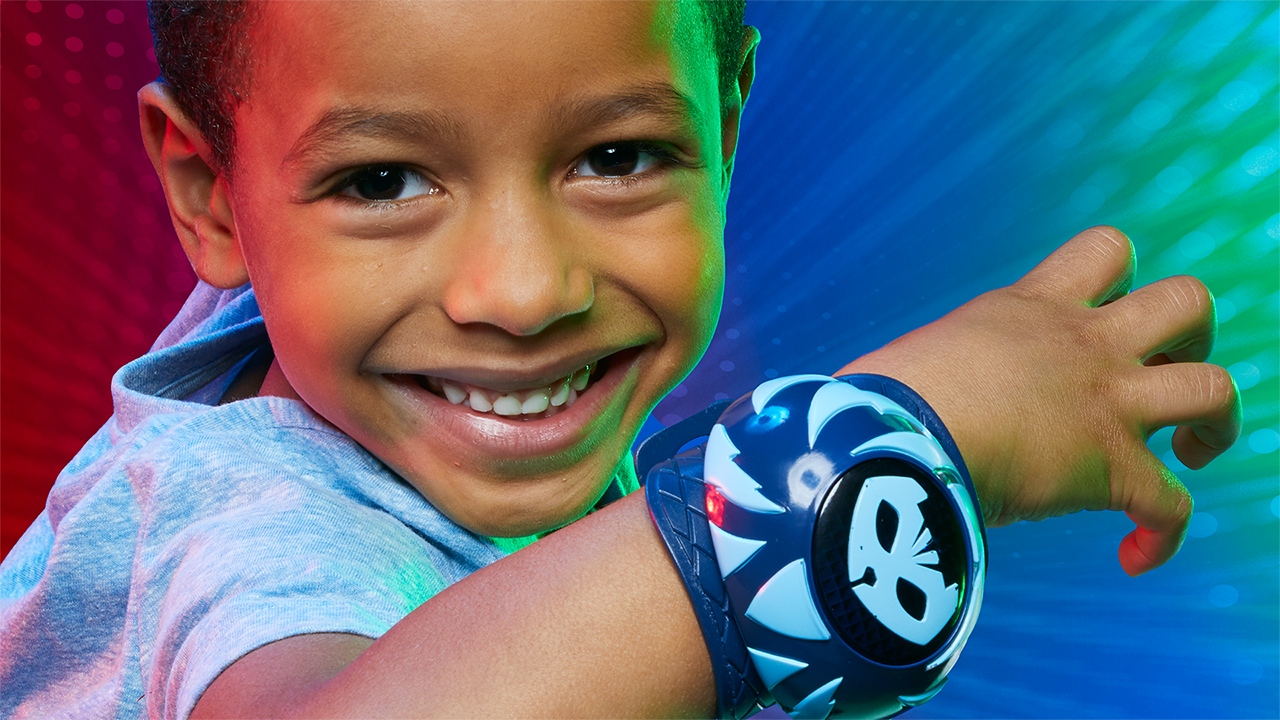 If your family loves PJ Mask, check this out: Toy company Hasbro has revealed a new line of PJ Masks toys that will let kids use their imaginations to become superheroes in their own homes.

Inspired by the PJ Masks series for preschoolers, the toys in this line range in price from $9.99 to $59.99, and they all come with a recommended age of 3+. These toys will be released in the fall of 2021, though no exact release date has been announced just yet.

Kids can feel like superheroes when they wear one of these electronic wristbands. Each wristband includes colored lights and 14 different sounds. Kids can activate the sounds by pressing the amulet button on the wristband, or by simply moving their arm while the wristband is around their wrist.

This PJ Seeker playset includes a transforming vehicle that can become a car launching station. It includes the Cat-Car and Gekko-Mobile vehicles, which kids can customize with six “add-ons” and then launch out from the station, as well as a moveable claw that kids can use to grab the vehicles and other small objects. This playset includes two 3” figures (Catboy and Gekko), but it’s also compatible with other figures in Hasbro’s PJ Masks line. The playset is designed to “recognize” each figure as a hero or villain character, and it will activate different lights and sounds for the different characters.

Each of these toy vehicles includes a poseable PJ Masks action figure that can be placed inside the cockpit. Like the PJ Launching Seeker playset, these electronic toys are designed to recognize the 3” figures in Hasbro’s PJ Masks line as heroes or villains, and they’ll play “character-specific lights and sounds” to match the figures. There will be three PJ Masks Deluxe Vehicles to collect, inspired by Catboy, Owlette, and Gekko.

This tall playset features an escape chute, a blaster that can shoot small projectiles, a vehicle launcher for Catboy’s car, and figures of Catboy and Romeo. While only two figures are included in the set, the Deluxe Battle HQ is also compatible with Hasbro’s Romeo and Owlette figures. Like many of the other toys in this line, the playset will recognize each figure as a hero or villain, and play lights and sounds to match each character.

This electronic playset can transform from a vehicle into a robot factory. It includes 3” figures of Catboy and Romeo, along with nine parts that can be mixed and matched to create robots. When they’ve finished making a robot, kids can use the toy’s working conveyor belt to move them. The figures, meanwhile, can be placed on a battle turret to activate the toy’s lights and sounds. While only two figures are included, this playset is also compatible with Hasbro’s Owlette and Gekko figures. Like the other toys, it will recognize each figure as a hero or villain and activate different lights and sounds for each of the four characters (Catboy, Romeo, Owlette, and Gekko).

Is your family excited about these new PJ Masks toys? Let us know on Twitter at @superparenthq.