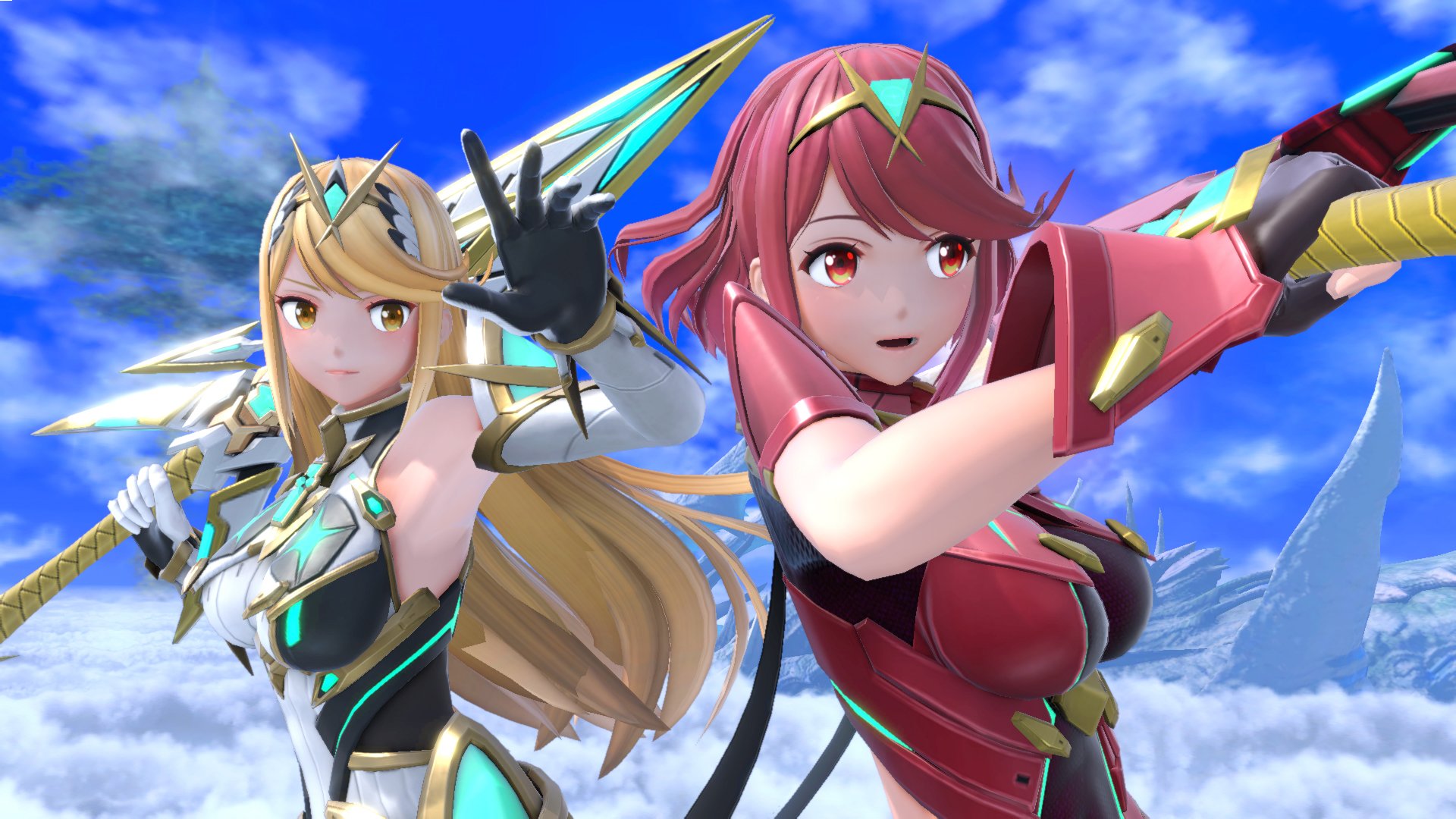 In February 2021, Nintendo revealed the next fighter coming to Super Smash Bros. Ultimate: Pyra and Mythra from Xenoblade Chronicles 2.

While Pyra and Mythra are technically two different people, the game treats them as a single fighter. When players choose this fighter, they can swap between Pyra and Mythra at any time during a battle.

In a recent video presentation, Masahiro Sakurai, game director for Super Smash Bros. Ultimate, shared more information about Pyra and Mythra. You can check out the full video embedded above.

Players can now purchase Pyra/Mythra as part of the game’s Challenger Pack 9 DLC (downloadable content), which costs $5.99. This DLC pack includes Pyra/Mythra, as well as a new stage and music inspired by Xenoblade Chronicles 2.

Pyra/Mythra can also be purchased as part of the game’s Fighters Pass Vol. 2. This DLC bundle costs $29.99. It includes Min Min from ARMS, Steve and Alex from Minecraft, Sephiroth from the Final Fantasy series, and Pyra/Mythra, as well as two additional fighters that have yet to be revealed.

Super Smash Bros. Ultimate is rated E10+ for Everyone 10+ by the ESRB. Learn more about the game in our SuperParent Guide.