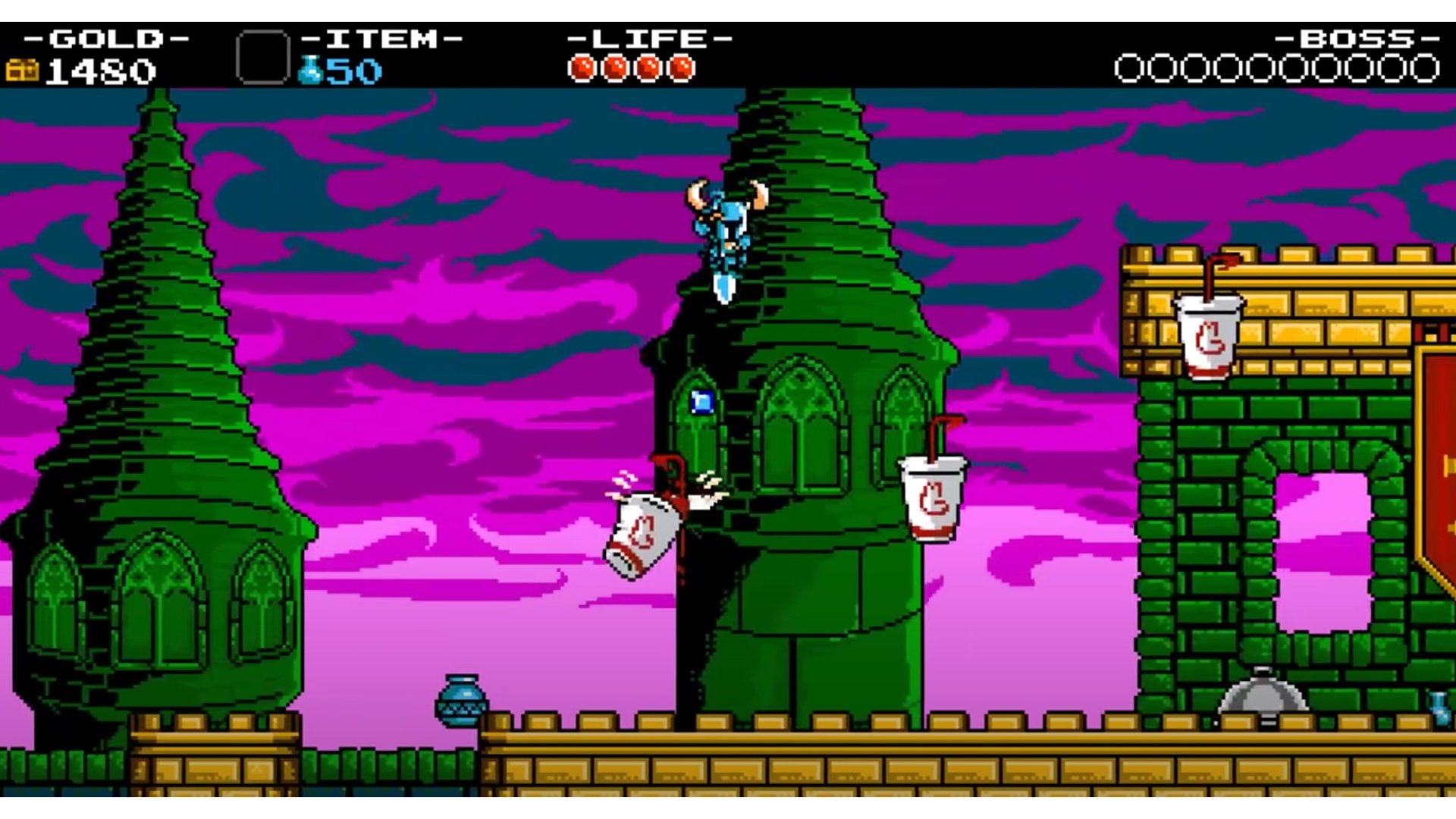 Update (03/02/2021): SuperParent purchased an Arby's Kids Meal to get a better look at one of the launcher tokens. It's a small, expandable disc launcher themed after a Shovel Knight character (in our case, The Enchantress), which includes a small disc that can be shot short distances by squeezing the launcher. The DLC code is printed on a small sheet of paper that's packaged with the toy. The paper also includes a checklist so you can keep track of the launcher tokens you've collected from the set.

Yacht Club Games, the maker of Shovel Knight, has partnered with Arby’s to offer Shovel Knight launcher tokens in Arby’s Kids Meals for a limited time.

On the official Yacht Club Games Twitter account, the developer said these launcher tokens will be available at participating Arby’s restaurants throughout the U.S. and Canada until May 31, or until supplies last.

Shovel Knight isn’t the only brand with a current fast food promotion. In February, Nintendo and Burger King launched a promotion that allows fans to collect toys inspired by some of Nintendo’s games, like Mario Kart 8 Deluxe and Splatoon 2, among others.

Will your family head to Arby’s to collect any of these Shovel Knight launcher tokens? Let us know on Twitter at @superparenthq.