Minecraft Dungeons Gets New Flames of the Nether Expansion 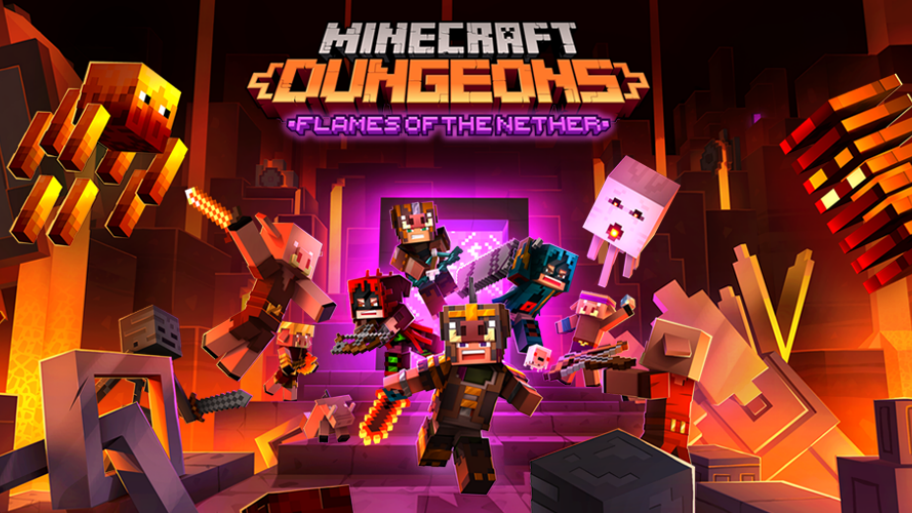 The Flames of the Nether DLC features six new missions that take players into the dangerous world of the Nether. As players complete these missions, they’ll be able to collect new artifacts, weapons, and gear for their character. Plus, the DLC comes with two new skins and a Baby Ghast pet.

In addition to receiving this new DLC, Minecraft Dungeons has also received a free content update that’s available for all players. The update adds a new feature to the game called “Ancient Hunts,” which will allow players to battle “Ancient mobs” for a chance to collect special “Gilded gear.”

As players complete Ancient Hunts, they’ll also have the chance to collect Gold, a new currency in Minecraft Dungeons that players can trade to the Piglin merchant at their camp between missions.

Minecraft Dungeons is available on Switch, PlayStation 4, Xbox One, and PC for $19.99. It’s rated E10+ for Everyone 10+ by the ESRB. Learn more about the game in our review.