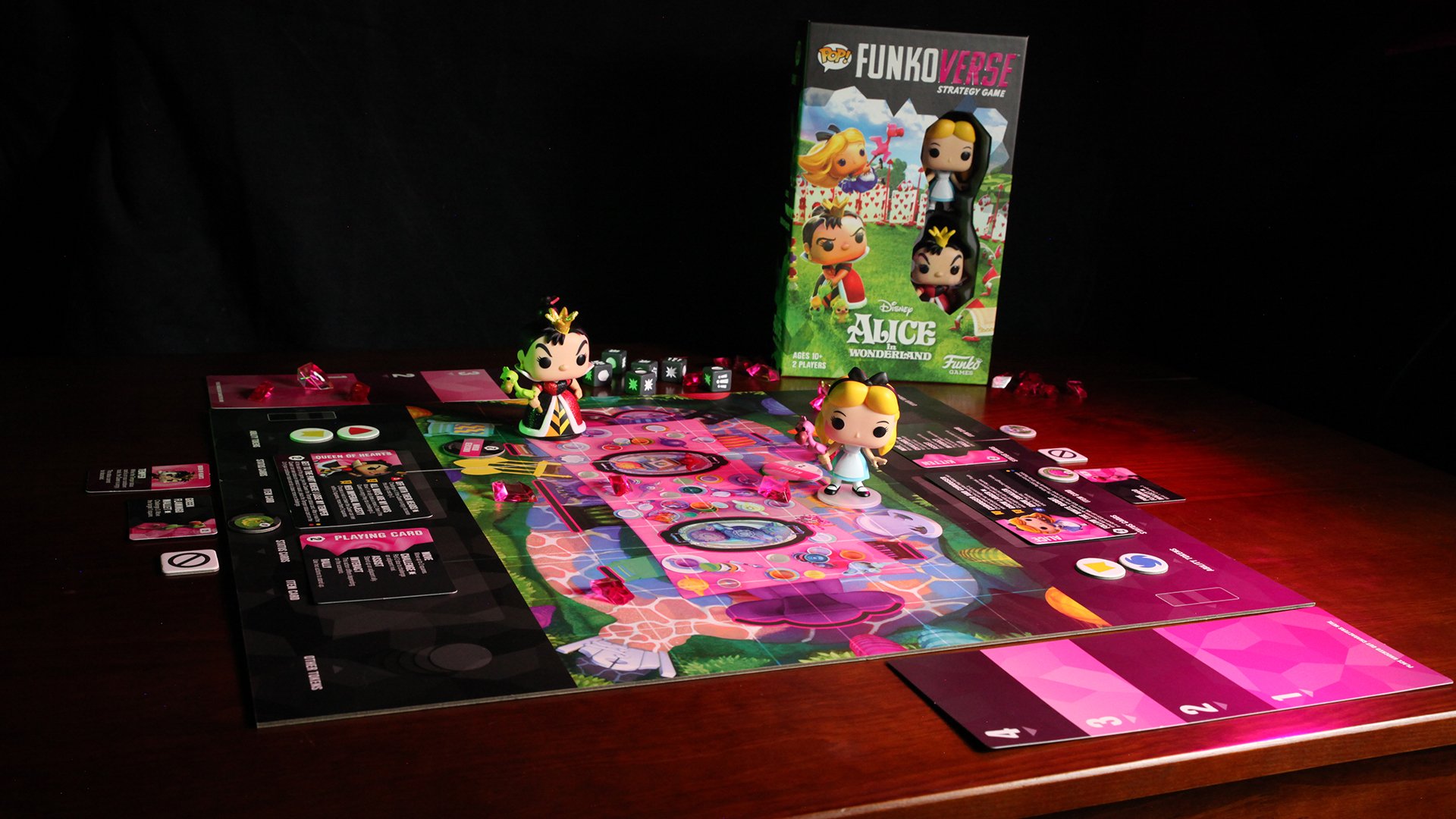 Funko Games is gearing up to have a big year in 2021, as the tabletop game company will release “dozens” of new titles this year. The lineup will include something for everyone, from sports fans to preschoolers and beyond.

On Tuesday, Funko Games revealed four new games that will be released this spring and summer. Here’s what was announced:

This sports-themed trivia game will challenge teams to earn points by answering trivia questions and competing in “dexterity challenges” (the game comes with small, sports-themed toys, like a basketball hoop and field goal post). The game features 1,000 different questions spread across different categories. ESPN Trivia Night will support 2-10 players aged 10+. Each game has an estimated run time of 50 minutes.

ESPN Trivia Night will be released in April for $19.99.

This new entry in the Funkoverse franchise will include two playable figures: Alice and The Queen of Hearts. It will also introduce a new “croquet” scenario for players to try out. As a refresher, Funkoverse games can be played on their own, and they can also be combined with other Funkoverse titles your family may already own to create some unique experiences (for instance, you may have The Golden Girls face off against characters from the world of Harry Potter).

The Funkoverse: Alice in Wonderland 100 2-Pack will be released in April for $24.99. It was designed for two players, and it has an age rating of 10+. Each game is expected to last 40 minutes on average.

Inspired by the popular Fast & Furious film franchise, this cooperative strategy game for 2-4 players aged 12+ will challenge players to help Dom, Brian, Letty, and more complete missions inspired by the over-the-top action seen in the Fast & Furious films. The game will have three different scenarios to choose from -- Semi Heist, Tank Assault, and Chopper Takedown -- so it’s technically three games in one. Plus, each in-game character and vehicle will have their own stats, which can be combined to create different abilities. This will encourage players to mix and match characters and vehicles to create different combinations.

This game for preschoolers is described as being “Babysitter Approved.” That is, it’s designed to be easy to learn, as well as easy to take out and put away. In Disney Princess See the Story, players will be able to move a spinning bucket around a circular game board in order to reveal pictures that are associated with the game’s 12 Disney Princesses (like Belle, Tiana, and Rapunzel). Kids will need to find two pictures that are both associated with the same Disney Princess in order to earn a coin for their board, which is similar to a Bingo card. The first player to create a line of four coins in a row wins the game.

Is your family excited to try any of these Funko Games titles? Let us know on Twitter at @superparenthq.