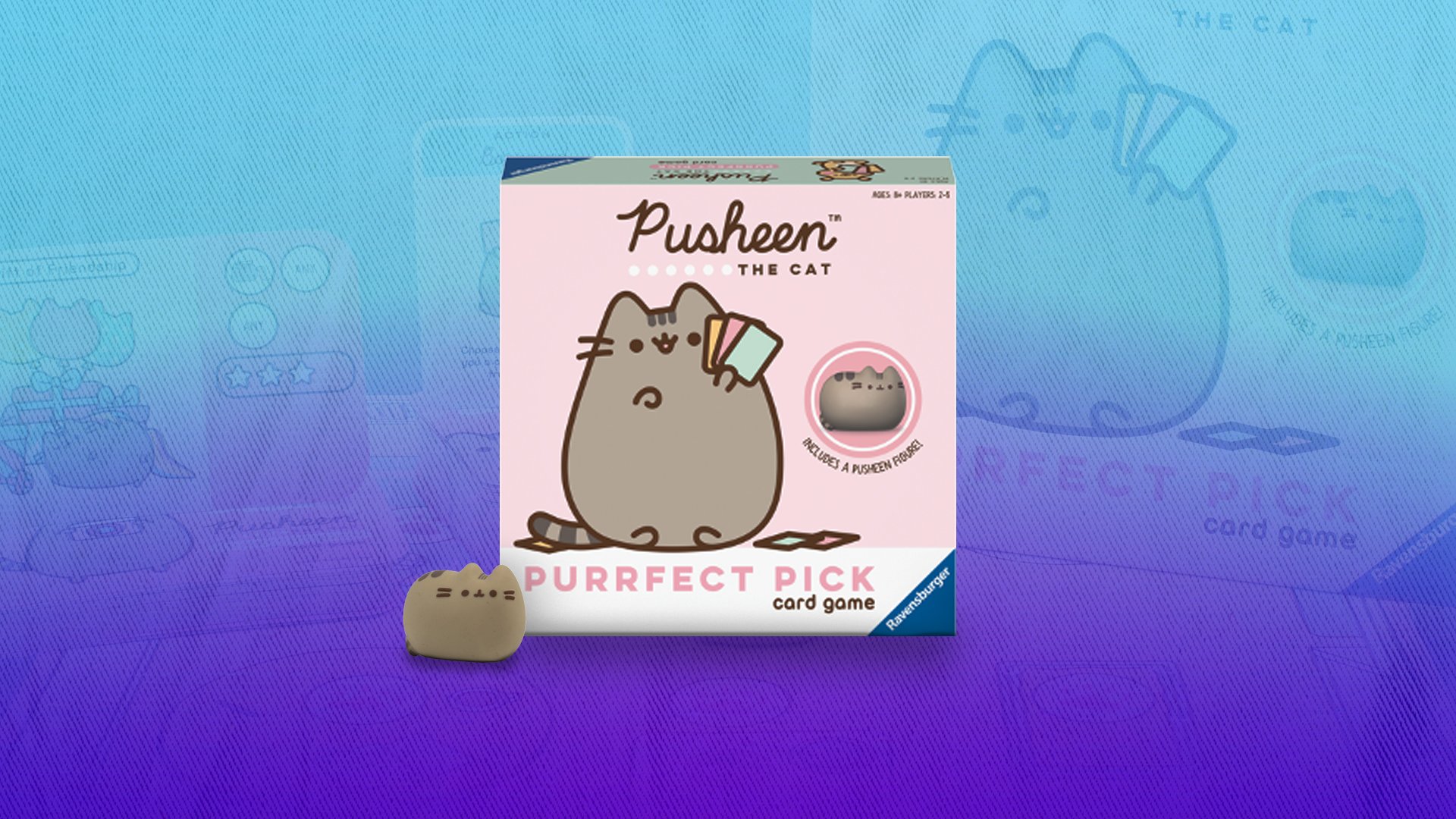 Pusheen Purrfect Pick is a new kid-friendly tabletop game from Ravensburger, the company behind games like Disney Villainous and Jurassic Park: Danger.

What is Pusheen Purrfect Pick about?

Pusheen Purrfect Pick asks players to collect cards to help Pusheen (the popular cartoon cat) and her friends create fun memories by going on trips, eating some tasty snacks, and more. The game supports 2-5 players, and it has an age recommendation of 8+.

Pusheen Purrfect Pick comes with a double-sided game board, with one side representing Pusheen’s house, and the other representing an outdoor park. You’ll need to choose which side to use before you begin, but the gameplay is the same for both sides.

Let’s break this down into more detail.

At the beginning of the game, the dealer places 12 Essentials Cards face up onto the game board. These cards may feature a single object (like a cupcake or rainbow) or a character like Pusheen, Sloth, or Pip, as examples. There are also Action Cards that immediately trigger specific actions when they’re collected, as well as Chest Cards that add one star to the player’s total.

On each turn, players can place the Pusheen figure onto one of six paw prints on the board, which determines which Essentials Card they can choose from on that turn. That is, each paw print is adjacent to four of the 12 cards on the board, so players need to place Pusheen on a paw print that will allow them to collect the specific card they’re after.

Each time an Essentials Card is removed from the board, a new one is drawn from the deck to replace it, so players always have 12 cards available to choose from on their turn.

If players don’t need or want any of the Essentials Cards that are currently on the board, they can draw a new Essentials Card from the deck. If they draw an Action Card, they must play it immediately by following the prompt on the card. These Action Cards may allow players to discard cards of their choosing from the board, take a card from another player, and so on.

If the card they drew was a regular Essentials Card, they can simply keep it in their hand until they need it. There’s no limit to the amount of cards players can hold at one time.

Would you recommend Pusheen Purrfect Pick to families?

We really enjoyed playing Pusheen Purrfect Pick. The game is easy to learn, and it doesn’t take long to play (it has an estimated play time of 30 minutes), but it still features enough strategic gameplay to make players think before taking each turn (this goes for adults, too). Plus, the game is simply adorable, with cute artwork on the Essentials Cards, and even cuter pictures on the Snapshot Cards.

If your family enjoys simple tabletop games -- or, if you’re looking for some entry-level games that can serve as stepping stones to more complex experiences -- we recommend checking this one out.

Pusheen Purrfect Pick is available for $19.99.