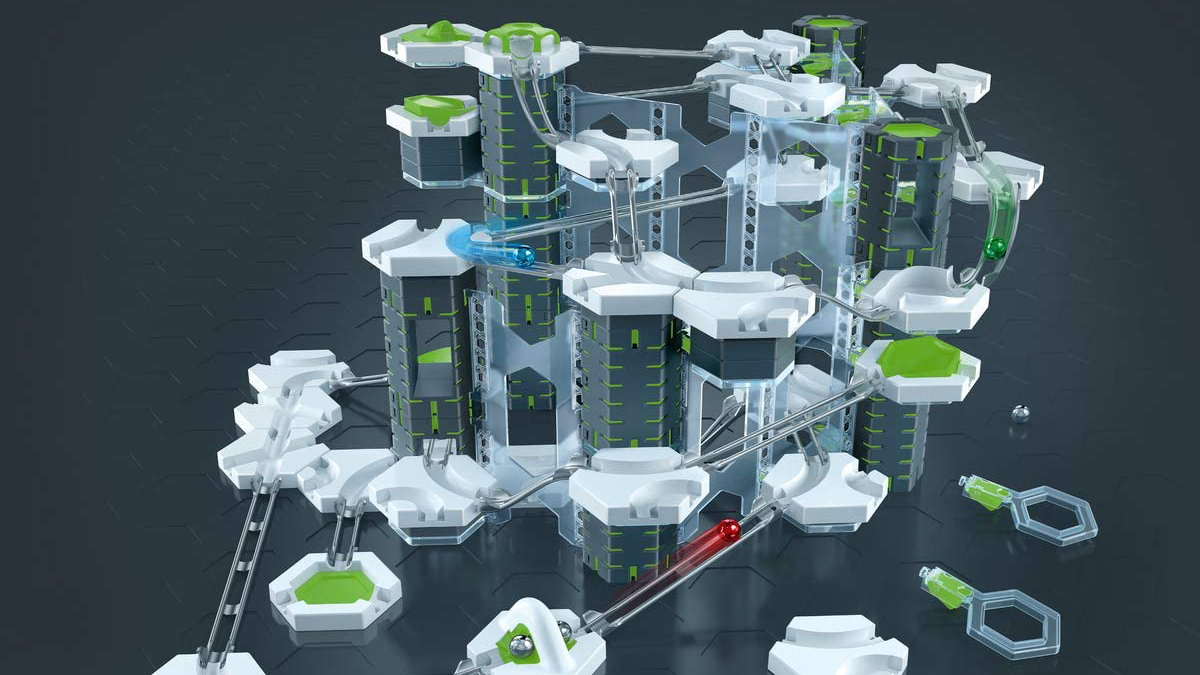 Ravensburger launched its GraviTrax toy line in 2018. The STEM-based toys allow kids (and adults) to use their imaginations to build creative marble runs using a variety of different pieces that can be connected and then moved around again to change things up. (Learn more in our review.)

This year, Ravensburger is expanding the GraviTrax line by releasing a variety of GraviTrax PRO toys, which can be combined with the existing sets.

There are four different GraviTrax PRO sets, which each have an age rating of 8+:

GraviTrax PRO: Vertical Starter Set - This set contains 153 pieces, such as walls, pillars, and balconies, which can be used to create 3D marble runs with multiple levels. This set is a great entry point for families that have yet to purchase any GraviTrax Pro products, but it can also be combined with any sets you already own. The Vertical Starter Set is available for $79.99 at Target and Amazon (it will be released on Amazon on March 1, but you can pre-order it now).

GraviTrax PRO: Vertical Expansion Set - If your family already owns the regular GraviTrax Starter Set, this kit includes the walls, pillars, and balconies kids need to build vertical marble runs. There are 33 pieces in this set, and it’s available now to pre-order now on Amazon for $24.99. It will be released on March 1.

GraviTrax PRO: Mixer - This accessory lets kids add a special “Mixer” piece to their marble runs. Up to three marbles can enter the Mixer at the same time, and they’ll exit in different directions. The Mixer accessory can be used with either of the GraviTrax Starter Sets. It’s available to pre-order now on Amazon for $9.99. It will be released on March 1.

GraviTrax PRO: Splitter - This Splitter piece causes marbles to change directions. It also includes a trapdoor that will activate automatically if marbles entering the Splitter don’t have enough speed to roll across it. If a marble falls through the trapdoor, they’ll land on the track below and will keep rolling. Like the Mixer, this Splitter piece can be combined with both of the GraviTrax Starter Sets. It’s available to pre-order on Amazon for $9.99, and it will be released on March 1.

What do you think about Ravensburger’s new GraviTrax PRO toys? Let us know on Twitter at @superparenthq.