Splatoon 3, Fall Guys, and More Are Coming to Switch 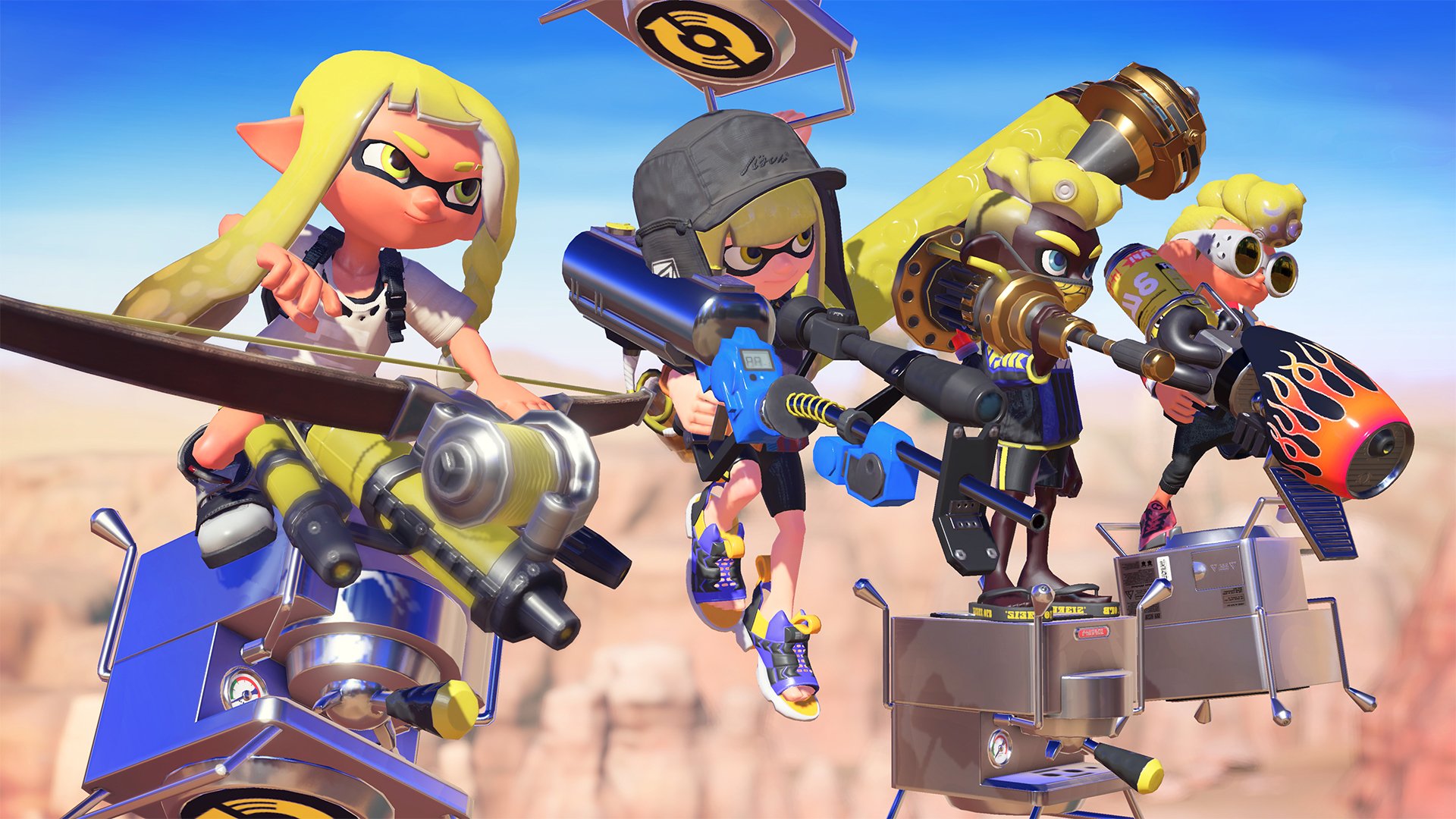 In its latest Nintendo Direct video presentation, Nintendo showed off a number of new games coming to Nintendo Switch in 2021 and beyond. If you missed the Direct, you can find a full replay embedded below. Or, keep reading to learn more about some of the announcements!

The colorful, family-friendly battle royale game Fall Guys: Ultimate Knockout is coming to Nintendo Switch this summer. Players will need a Nintendo Switch Online membership in order to play the game. To learn more about Fall Guys, check out our previous coverage.

In the late 1980’s, Nintendo released two “Famicom Detective” games in Japan, which were never officially released outside of that country. Now, the games have been remade and are coming to Switch with full English text. The first game in the series, Famicom Detective Club: The Missing Heir, follows a detective with amnesia who must investigate a murder.

The second game, Famicom Detective Club: The Girl Who Stands Behind, is a prequel to The Missing Heir. It challenges players to investigate a mystery at a Japanese high school.

Both of these games will be released on May 14 for $34.99 each. If you purchase one of the games on the Nintendo eShop, you’ll receive a $10 discount off of the other game (so long as it’s also purchased through the eShop).

The Famicom Detective Club games are available to pre-order now on the Nintendo eShop. They’re both rated T for Teen by the ESRB.

Legend of Mana was originally released on PlayStation in 2000 in North America. Now, the game has been remastered for a release on modern systems, including Switch.

An official press release offered some information about the game’s story:

“Stepping into the shoes of the protagonist, players will embark on a journey to find the mystical Mana Tree seen in a dream, only to discover that the world map is empty. Throughout their adventure, they will acquire special artifacts, which can be placed on the map to bring towns and dungeons to life via the Land Creation system. Players can progress through the story in different ways based on the choices they make, offering a more personal and unique gameplay experience.”

This remastered version of Legend of Mana will feature updated graphics and a rearranged soundtrack. It will also allow players to try the “Ring Ring Land” mini-game that was never originally available in the U.S.

Legend of Mana will be released on Switch on June 24, and it's available to pre-order now on the Nintendo eShop. Legend of Mana is also coming to PlayStation 4 and PC on the same date.

Legend of Mana is rated T for Teen by the ESRB.

Plants vs. Zombies: Battle for Neighborville was originally released on PlayStation 4, Xbox One, and PC in 2019, and now, it’s coming to Switch. This third-person shooter drops players into the neverending battle between plants and zombies, and it features multiple gameplay modes for offline and online fun.

This “Complete Edition” of the game will include the base game, as well as all of the extra content that was released for the title later on. Players will be able to unlock a wide variety of cosmetic items by simply playing the game -- that is, there are no optional microtransactions.

Plants vs. Zombies: Battle for Neighborville is rated E10+ for Everyone 10+.

Inspired by the animated series DC Super Hero Girls, this adventure game will challenge players to help Wonder Woman, Supergirl, and Batgirl save Metropolis from a variety of DC villains. Each character will have a unique set of abilities. For instance, Wonder Woman can attack enemies with her Lasso of Truth.

When players aren’t helping the girls fight crime, they’ll need to help them protect their secret identities as they go about their lives at Metropolis High School. Players will also be able to take pictures using an in-game Photo Mode.

DC Super Hero Girls: Teen Power will be released on Switch on June 4 for $59.99. It’s available to pre-order now on the Nintendo eShop.

While DC Super Hero Girls: Teen Power has yet to be rated by the ESRB, it will be family-friendly.

Miitopia is an adventure role-playing game starring Nintendo’s Mii characters, which was originally released on Nintendo 3DS in 2017. The game allows players to create and customize a variety of Mii characters and take them on an adventure that will challenge them to defeat the Dark Lord. Players will be able to take their Miis into battles against enemy characters, and they’ll also be able to befriend a horse that can help them out during combat.

Miitopia will be released on Switch on May 21 for $49.99. The game is available to pre-order now on the Nintendo eShop.

Splatoon 3 is the next installment in Nintendo’s popular kid-friendly shooter series. The game will take players to a new region called the Splatlands, where they’ll be able to compete in 4-vs-4 Turf War battles while using a wide variety of weapons, like a bow. Rather than competing with bullets, the Splatoon games allow players to shoot ink around the battlefield, making them colorful and family-friendly experiences.

Splatoon 3 is expected to be released in 2022. We’ll bring you more details about the game as they’re revealed.