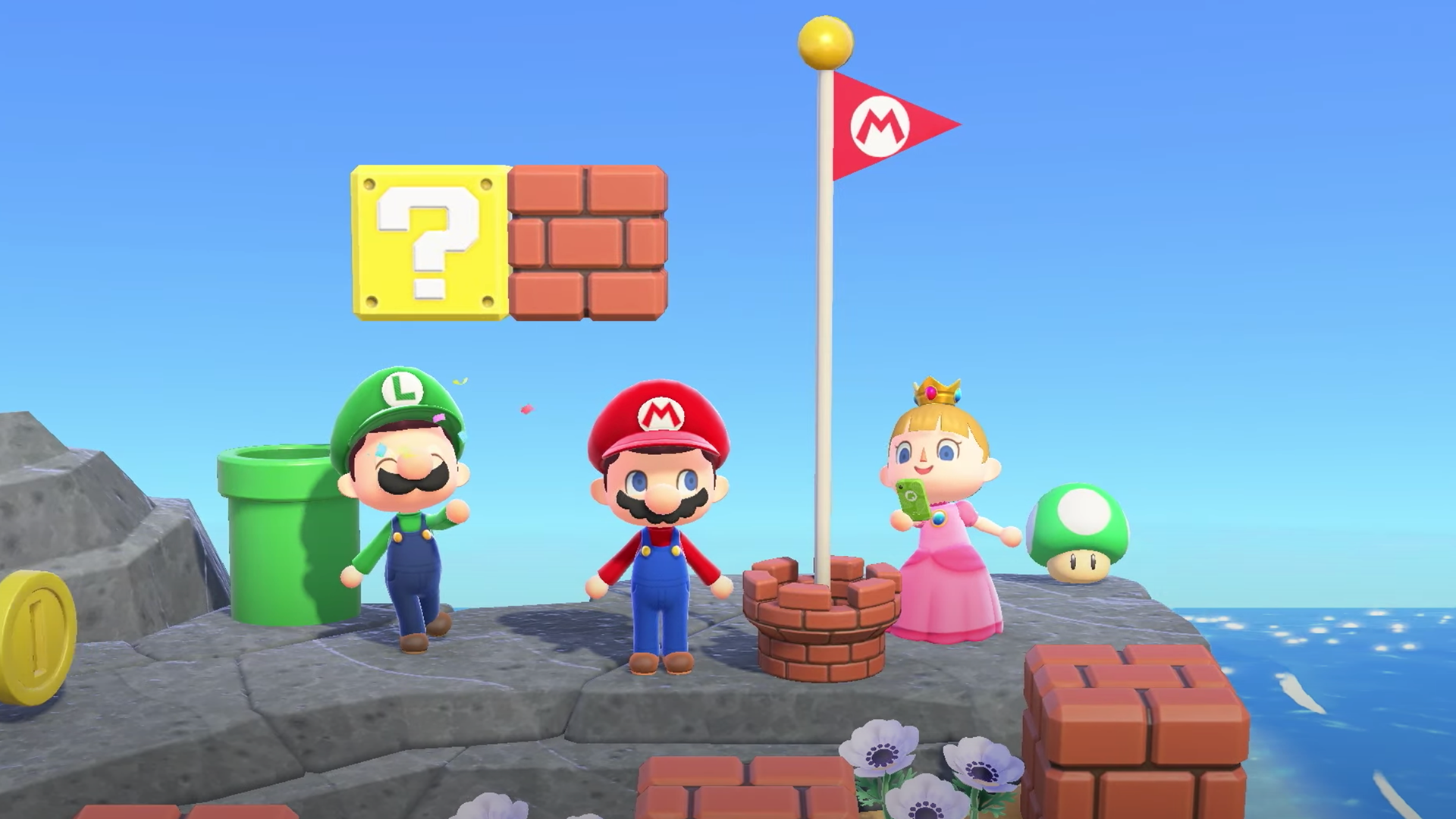 Back in September of 2020, Nintendo announced that a set of Super Mario-themed items would be released in Animal Crossing: New Horizons as part of the company’s celebration of the 35th anniversary of the Super Mario series.

At the time, Nintendo said the Super Mario items would be released in New Horizons in March of 2021. Now, we know more details about this release!

A free update will be released for New Horizons on February 25, which will prepare the game for the release of these items. Then, starting on March 1, players will be able to purchase a variety of Super Mario-themed objects from the Nook Shopping catalog using Bells.

There will be four costumes to purchase for your character to wear, inspired by Mario, Luigi, Waluigi, and Princess Peach (you’ll need to purchase the individual parts for each costume -- like Mario’s Hat or Princess Peach’s Crown -- separately). Plus, players will be able to purchase furniture items like a Coin, 1-Up Mushroom, Fire Flower, Goal Pole, Shell, and more, and place them around their home and/or island.

Finally, this update will add a version of fast traveling to the game. Players will be able to purchase two green Pipes and place them on different spots around their island. When they jump into one pipe, they’ll pop out of the other, allowing them to quickly move from one spot to another on their island.

Keep checking back with SuperParent, as we’ll bring you more details about these Super Mario-themed items once they’re available.

Are you excited about this update coming to Animal Crossing: New Horizons? Let us know on Twitter at @superparenthq.