Adventure Time: Pirates of the Enchiridion: A SuperParent Review 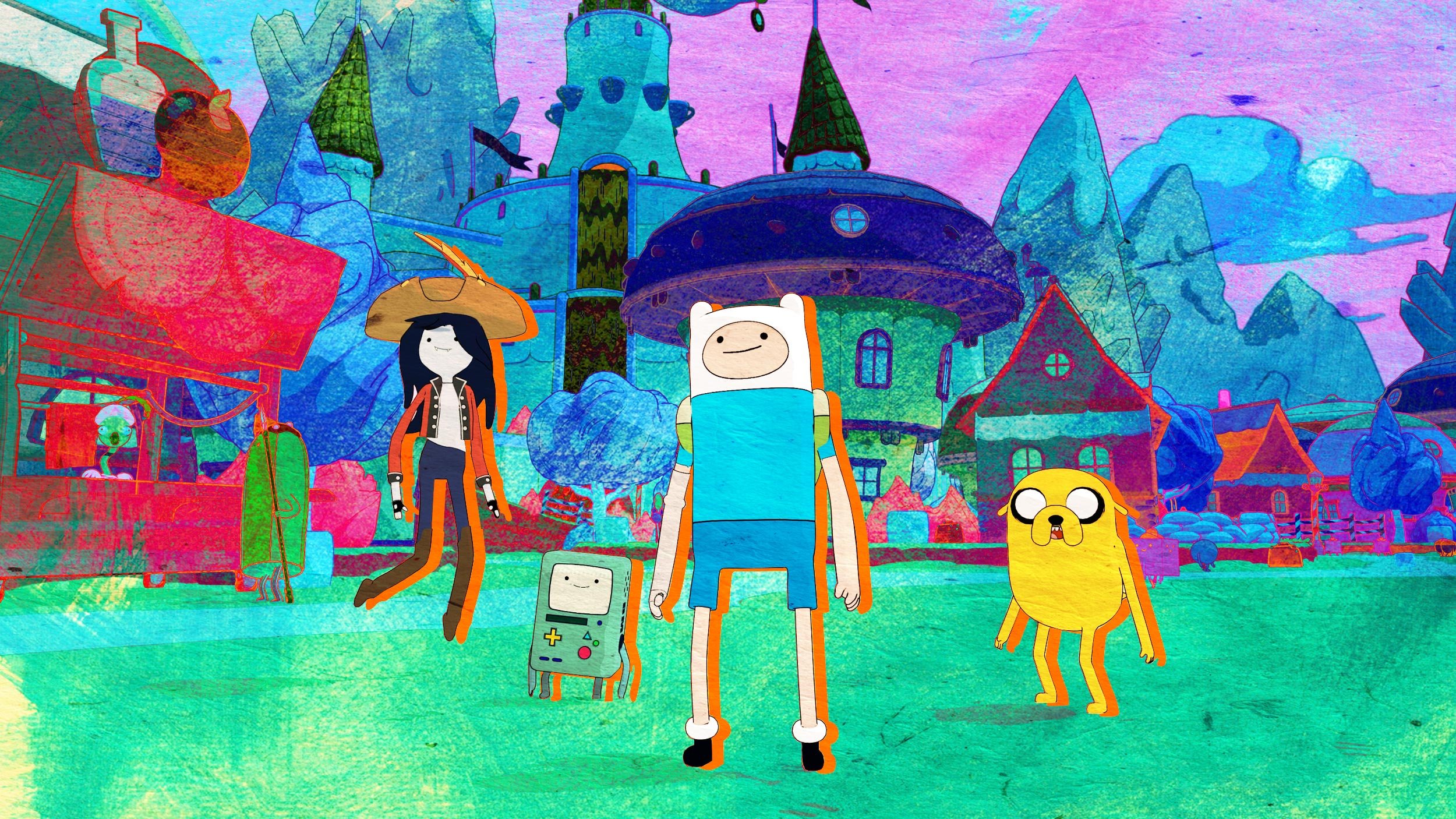 It’s the latest game based on Cartoon Network’s smash hit animated show Adventure Time. Whereas previous game adaptations have simply applied an Adventure Time skin over the top of fairly generic gameplay mechanics, this is the first one to truly drop the player into the quirky world of the cartoon and let you roam around at ground level.

In gameplay terms, it’s a fairly simple role-playing game in which you explore the land of Ooo which has been submerged in water after the Ice Kingdom mysteriously melts. Starting with Finn and Jake, you begin to investigate and soon add fan favorite characters Marceline and BMO to your party. Each has their own unique abilities, which prove useful in the frequent combat.

How close is it to the show?

Very close indeed. All the voice cast have returned to record hours of new dialogue and the bright, colorful visuals perfectly capture the vibrantly eccentric design aesthetic that fans will be familiar with. Pretty much all the major supporting characters also play a role in the story, from the hapless Ice King to Princess Bubblegum and Peppermint Butler. The villains are also drawn from the cartoon’s increasingly dense lore, and if you’ve not been keeping up with the show’s later seasons you may not know who everyone is.

Crucially, the writing is absolutely perfect and is every bit as good as what you’d find on TV. Adventure Time relies on a very specific tone - part whimsical and earnest, part sarcastic and ironic - and the game’s script manages to hit that tone dead center. The songs that Finn and Jake sing as they sail around are particularly fun. Coupled with the art style, it’s the closest thing yet to an episode you can actually interact with. Fans who have been disappointed by the rather thin Adventure Time games previously released will be very happy with this one.

So what do you do?

The world of Ooo is divided into numerous kingdoms, and you’ll sail between them at your leisure following the storyline. A star on your compass always points you to where you need to be going, but if you choose to go somewhere else and see what’s happening, that’s fine too.

Whether you’re in the Candy Kingdom or the Fire Kingdom or the Evil Forest, you wander around relatively small maps using sometimes confusing pathways. Special abilities will open up additional routes, and you can bash the scenery, LEGO game style, to earn coins and useful items such as healing potions. There are also treasure chests that Marceline can smash open, and a small number of optional side quests to undertake.

How is the combat handled?

Much like the RPG games of the 1990s, all combat in the game is turn-based. Your heroes line up on one side, the enemies on the other, and you take turns choosing which items to use, and which attacks to unleash. It’s simple to understand, but offers just enough depth to require a little tactical thought. Powerful special attacks use power that charges once per turn, and BMO can refill this gauge at the expense of one of his turns, so planning how much power you’ll need and when to unleash it means the fighting is never mindless.

It can, however, be frustrating particularly around the game’s midsection. Stronger enemies hit hard, and will often repeatedly heal themselves, revive their fallen comrades and use attacks that weaken your team. For kids, some of these battles will go on too long and start to feel unfair. Once you’ve leveled up your heroes to Level 7 (out of 10) it starts to even out, and your ability to dish out more damage than you take makes combat much easier. By the end of the game, you may even find that combat becomes so easy that the fights are more of an annoyance than a challenge.

Is it a long game?

It certainly doesn’t have the length and depth of RPG games like Skyrim and Final Fantasy. You won’t be losing hundreds of hours to this one. The story is relatively short, and the side quests are limited in number and often just require you to collect things in each location. Fans may want to linger in Ooo for a while after you’ve done everything there is to do, but it’s very much a “one and done” experience with no real replay value.

Any problems to watch out for?

Despite an admirable attention to detail on the surface, the game feels a little ramshackle under the hood. Speech is often cut off too early, or fails to match up to captions. There are lots of visuals pauses and stutters, and more serious problems can also occur. We experienced several bugged or poorly designed mission prompts that left us wondering what to do next. The game does a good job of directing you to your next main story objective, but the crude map and confusing layouts mean that any exploration away from the core narrative is less fun than it should be.

Worse still, we encountered some game-breaking crashes in which scenes simply failed to load, and at one point found ourselves catapulted through the scenery and trapped in a locked area we had yet to reach in the story. With no way past these bugs, we had to quit and reload. Not a huge inconvenience, but disappointing for a game that otherwise gets so much right.

Is it worth playing?

If you, or your kids, are fans of the TV show then absolutely. It’s the chance to walk around inside a beloved fantasy world, and even if the interactions are fairly basic, it’s essentially a lengthy and memorable bonus episode that you get to control. While its lengthy for an Adventure Time story, it’s not exactly stuffed with things to do and you will wring it dry sooner rather than later, after which the only thing to do is start over from the beginning. It’s also a little creakier in the technical department than we would have liked. A great experience for fans, but one that’s maybe worth renting or waiting for a price drop if you really want value for money.