Fortnite Gets the Lego Treatment in This Awesome Fan Creation 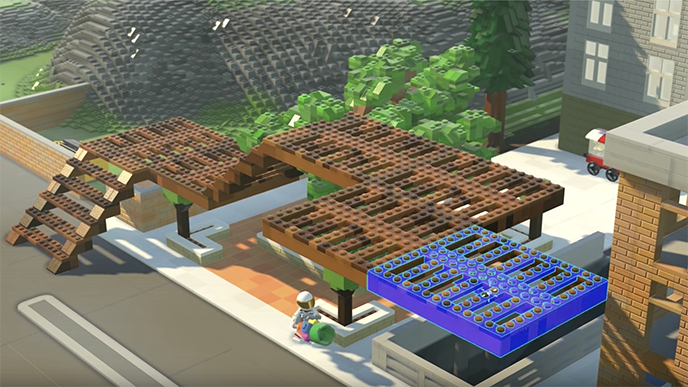 Bearly Regal built Tilted Towers, one of Fortnite’s in-game locations, in Lego Worlds, a sandbox-style building game that lets players build anything they can think of using Lego bricks. On Reddit, Bearly Regal said the town took 40 hours to build.

From there, Bearly Regal turned the town into a miniature version of a battle royale game for four players, and showed off the shenanigans in an impressive YouTube video.

Lego Worlds and Fortnite turned out to be the perfect match. Both games let players destroy and harvest parts of their environment, as well as build new structures on the fly. Lego Worlds also lets users play as a wide variety of costumed minifigures, similar to how Fortnite players can choose from a selection of character skins (costumes). Even the combat element is there, as Lego minifigures can attack other characters using a bunch of different weapons, from guns to swords and beyond.

The games are such a perfect match, it wouldn’t be surprising if Fortnite and Lego officially joined forces in the future. Fortnite’s T rating may prove to be an obstacle though, as Lego video games are typically rated E10+.

For now, players can create their own versions of Fortnite in Lego Worlds on PlayStation 4, Xbox One, and Switch.