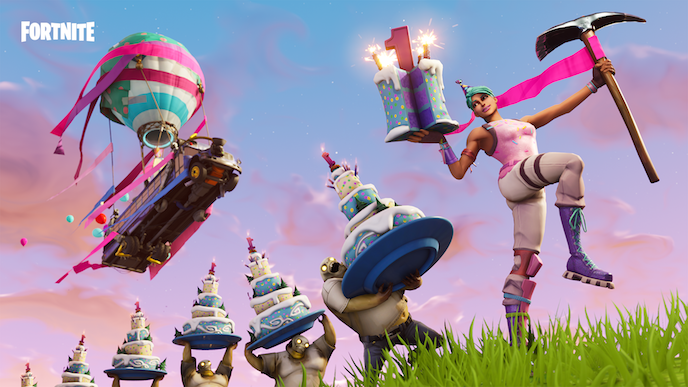 Fortnite is celebrating its first birthday in a big way this month, giving players of the battle royale game a chance to unlock special items for a limited time.

Technically, Fortnite: Battle Royale isn’t even a year old (it was released in September 2017), but the game’s paid mode, Save the World, launched ahead of Battle Royale last year in July.

From July 24 to August 7, Fortnite: Battle Royale players will be able to complete a set of in-game challenges to unlock prizes. Here’s the breakdown of each challenge, and the rewards that are up for grabs:

Meanwhile, Save the World players can complete a Fortnite Birthday questline to earn the “Birthday Brigade Ramirez” hero. Players can also earn tickets that can be spent on “Birthday Llamas” that may contain heroes and weapons from every event that has happened so far this year (not including previous quest rewards).

Fortnite has had an amazing first year. According to data from SuperData Research (via GameDaily.biz), Fortnite: Battle Royale has earned over $1 billion since October 2017. That’s a huge number for any game, but it’s even more impressive here, given that the game is free-to-play. Players have the option to spend money on cosmetic items and Battle Passes that contain challenges for them to complete.