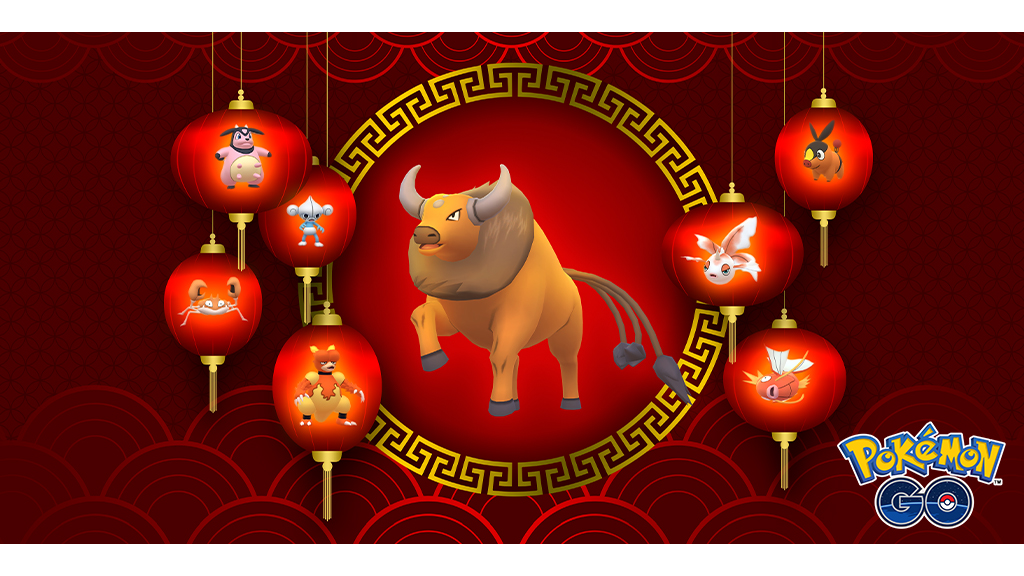 During this time, red (and orange) Pokemon like Krabby, Goldeen, Magmar, Magikarp, Meditite, Tepig, and more will appear more often than normal in the wild. (While Meditite is blue, Shiny Meditite is red, so it fits this group.)

Gyarados will also have the chance to appear in the wild, though it will be rare. When you encounter Gyarados, there will be the chance for it to be Shiny (Shiny Gyarados is red).

In addition, Pokemon that represent animals associated with the Lunar New Year will have the chance to hatch from 5 km Eggs that are collected during this event. This includes Rattata, Ekans, Mankey, Ponyta, Mareep, Houndour, Miltank, Torchic, Bagon, Buneary, Tepig, and Litleo.

A new selection of Pokemon will also appear in Raids during this event. Here’s the breakdown:

This event will also feature lots of bonuses related to in-game friendships in Pokemon Go.

Finally, the game’s trading distance will be increased to 40 km from February 8 at 1 p.m. PT until February 15 at 1 p.m. PT. Typically, players need to be within 100 meters of each other in order to trade.

Are you excited about this year’s Lunar New Year celebration in Pokemon Go? Let us know on Twitter at @superparenthq.