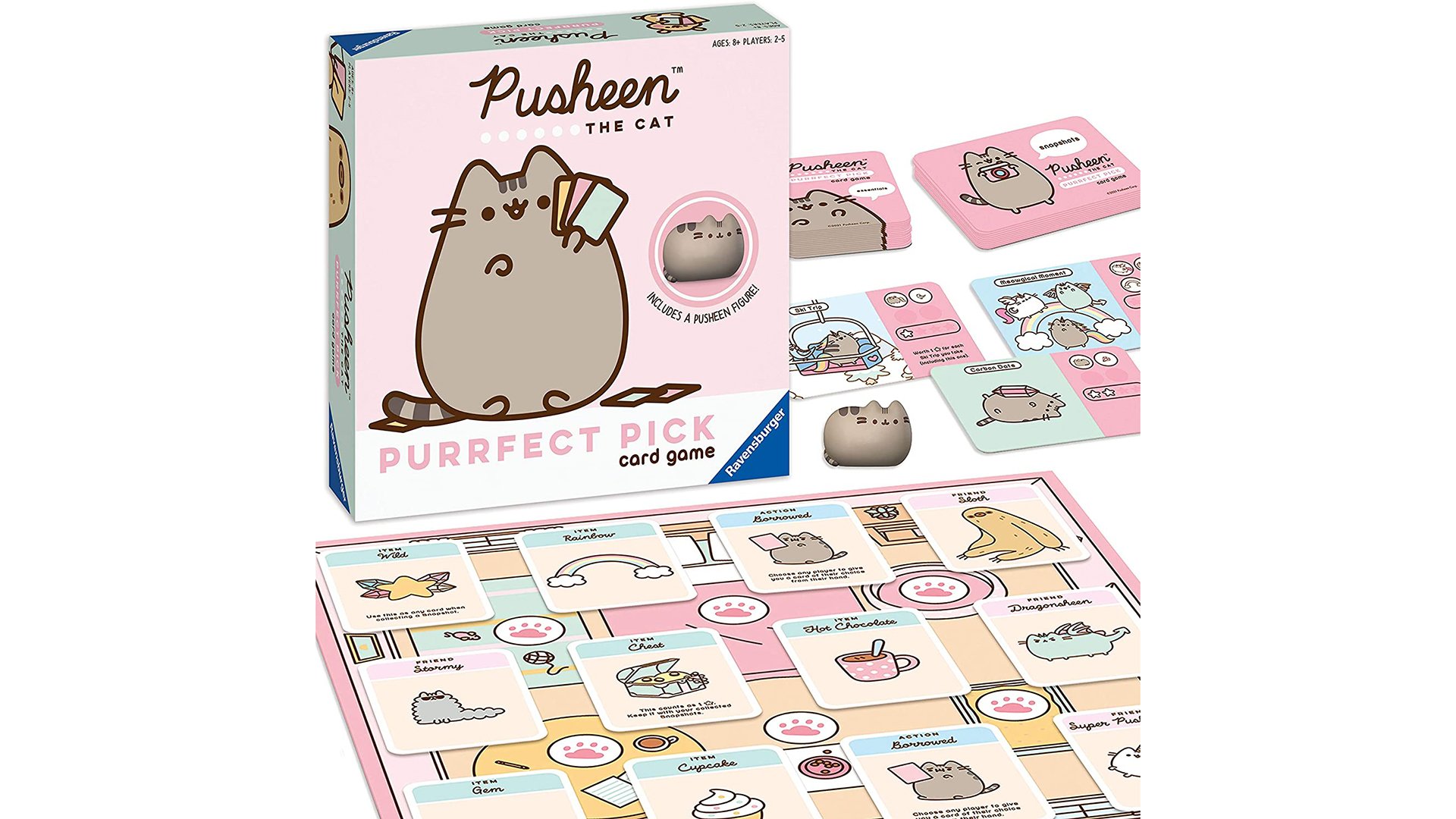 The Pusheen Purrfect Pick card game is designed for 2-5 players aged 8+. The game will challenge players to “plan their purrfect weekend” by collecting “essential” items from the game board and using them to create snapshots.

These “essentials” include items (like a cup of hot chocolate or a cupcake), as well as Pusheen’s friends, like Stormy and Pip, among others. Each time players turn in their essentials to create a snapshot, they’ll receive a certain number of stars. The first player to earn 10 stars wins the game.

In a press release, Claire Belton, co-creator of Pusheen, commented on this new game:

“Pusheen Purrfect Pick is a fun and adorable game that captures Pusheen's humor! Our team really enjoyed working closely with Ravensburger on its development.”

Pusheen Purrfect Pick will be released on February 18, which also happens to be Pusheen’s birthday. The game will be priced at $19.99, and it’s available to pre-order now on Amazon.

Keep checking back with SuperParent, as we’ll bring you a full review of Pusheen Purrfect Pick in the coming days.