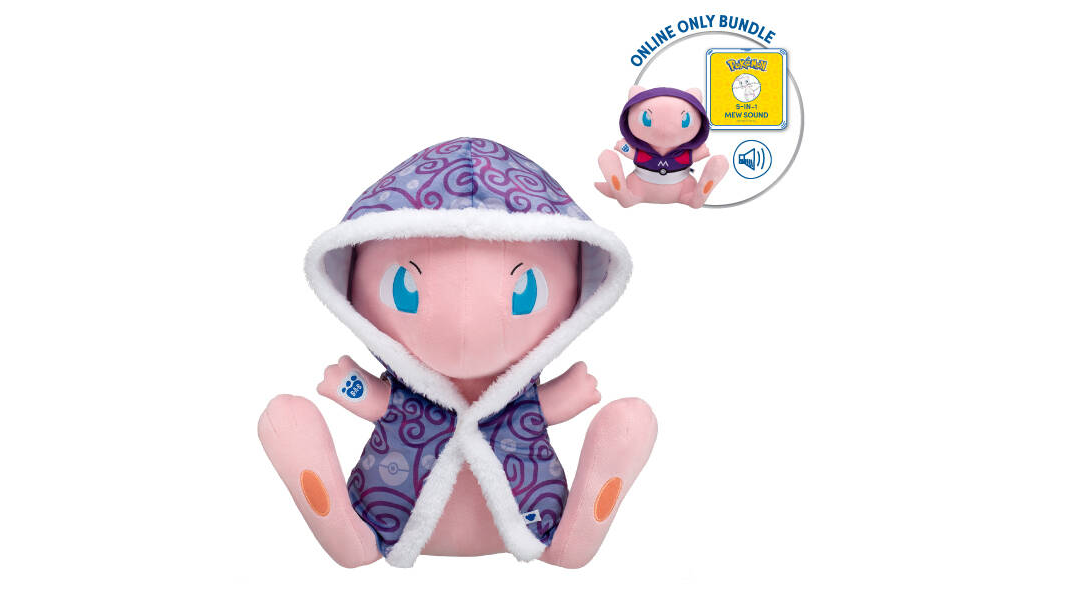 Build-A-Bear Workshop has expanded its Pokemon plushie lineup with the release of Mew, a Psychic-type Pokemon from the first Generation of the Pokemon universe.

Mew is available on Build-A-Bear’s website in an Online Exclusive Mew Bundle that costs $61. The bundle includes the 13-inch tall Mew plushie, a Mew Cape, a Master Ball Hoodie, and a Mew 5-in-1 sound module that will be placed inside the stuffed animal so it can make sounds.

Unlike some of Build-A-Bear’s other plushies, Mew can’t be purchased unstuffed. You also can’t purchase the items in this bundle individually when shopping online.

If you’d like to pick up a Pokemon plushie for yourself or a little one, but you’d like to save some money in the process, Build-A-Bear currently has its Pikachu, Eevee, and Snubbull online exclusive bundles on sale for up to 30 percent off. For instance, the Pikachu bundle normally costs $46.50, but it’s marked down to $37.20 for a limited time.

Head over to Build-A-Bear’s website to view the store’s entire Pokemon collection.

Are you going to add this Mew plushie to your Pokemon collection? Let us know on Twitter at @superparenthq.