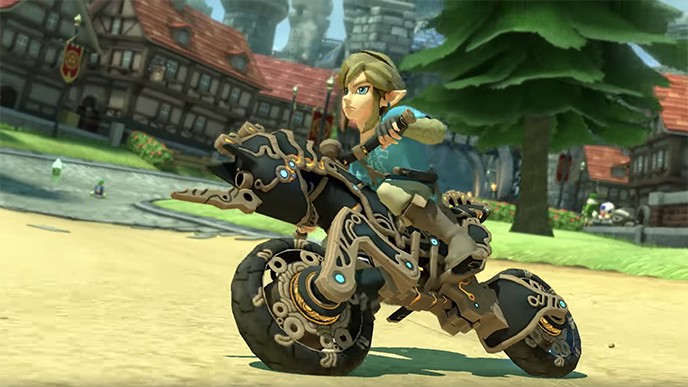 Players can also select new Ancient Tires and Paraglider parts to customize their vehicle before each race or tournament.

Mario Kart 8 Deluxe is the updated re-release of the Wii U game Mario Kart 8. The game is a blast for the entire family, letting up to four players race together locally on the same screen. Players can race as dozens of different characters from the Nintendo universe -- everyone from Mario and Princess Peach to Isabelle from the Animal Crossing series -- and customize their vehicles with different parts (each with their own stats) to suit their play style. Plus, the game includes a “Smart Steering” feature that helps little racers stay on the track and in the race.

If you want to see the game in action, check out the replay of our latest Ready Player Mom livestream, in which our own Amanda Farough plays the game with her two youngest kiddos.