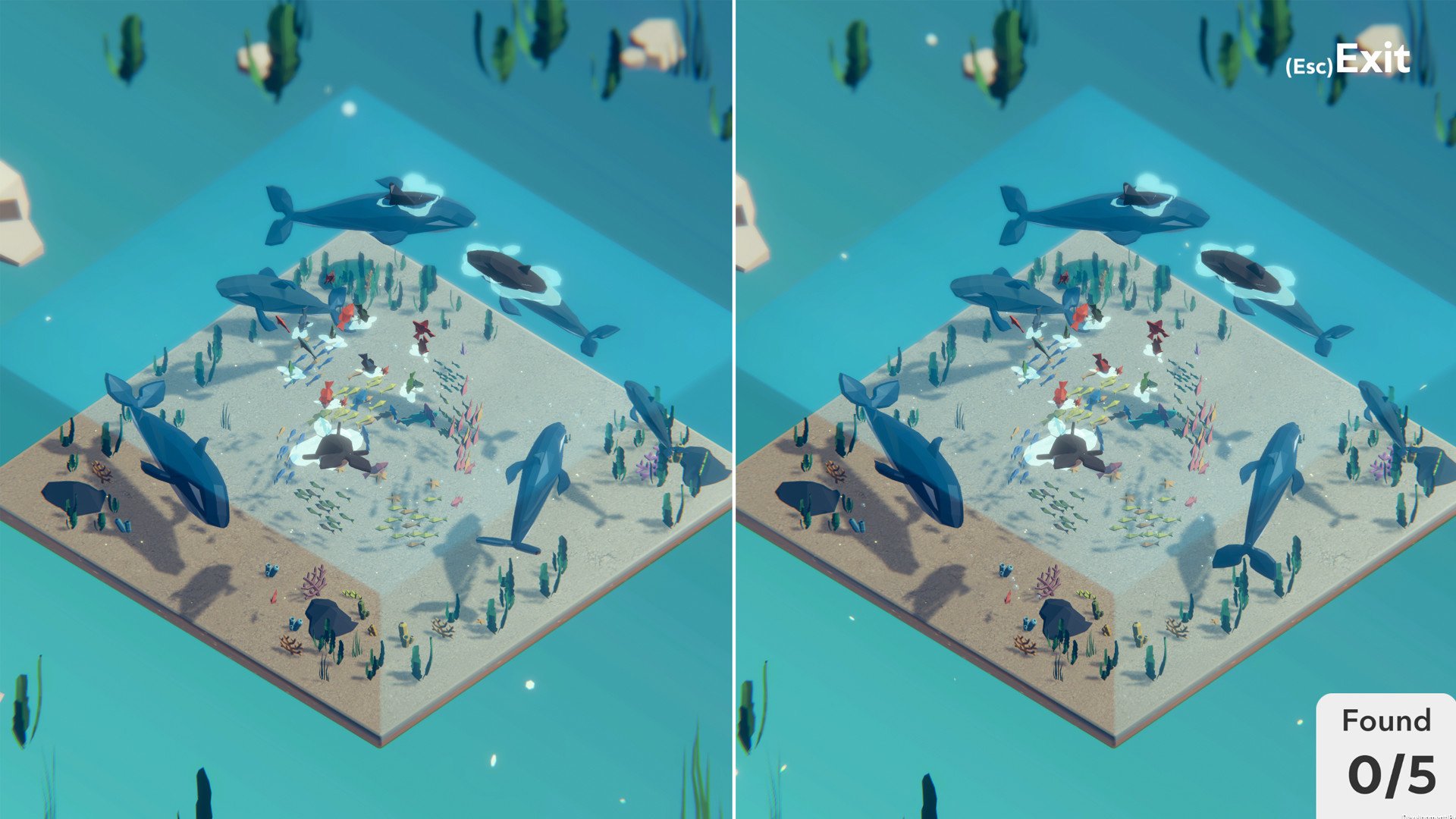 Tiny Lands is a “spot the differences” game on PC that challenges players to find the differences between two scenes that are displayed in a 3D environment.

There are multiple differences to spot in each level, but instead of looking at a flat image (like it was on a piece of paper), each stage is a 3D diorama that you can rotate to view from multiple angles. You can also zoom in and out to view the scene close up or from farther away. When you spot something you think looks different between the two scenes, you can simply click on the object on either side to see if you’re right.

You’ll earn a star for each difference you correctly identify. When you first start the game, you’ll only be able to play a limited number of levels, and you’ll need to collect a certain number of stars to unlock additional stages (you spend stars like currency to unlock sets of levels). If you get stuck, you can leave a stage and come back to it later, and any stars that you earned on the imcomplete stage will still count toward your overall total (though you will need to click each difference you previously found when you come back to the stage later on).

Tiny Lands is now available on PC for $6.99. It will come to Switch in the future. Tiny Lands is rated E for Everyone by the ESRB.

Check out seven minutes of Tiny Lands gameplay in our video below.