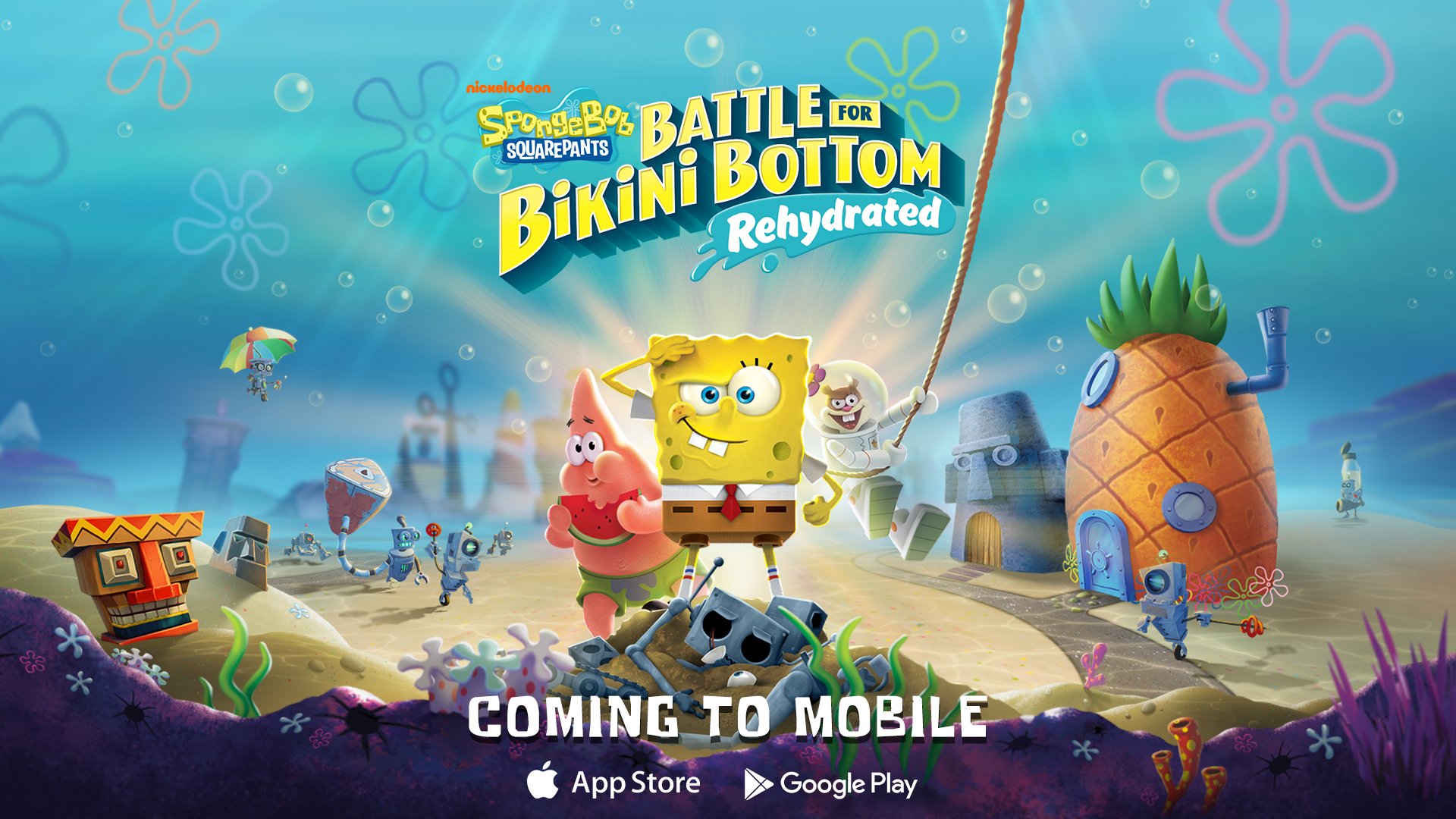 Now, this updated version from the game has come to two more platforms: iOS and Android.

SpongeBob SquarePants: Battle for Bikini Bottom Rehydrated features updated graphics, as well as new content that wasn’t seen in the original version of the game.

In Rehydrated, Plankton has inadvertently unleashed an army of robots on Bikini Bottom during a failed attempt to steal the Krabby Patty secret formula. You’ll need to help SpongeBob, Patrick, and Sandy stop the robot army and save Bikini Bottom.

Battle for Bikini Bottom Rehydrated is a 3D platformer that lets you play as multiple different characters, who each have their own special abilities. As you play, you can defeat (or avoid) enemies, break colorful tikis to collect in-game money, find hidden collectibles, and more.

To learn more about the game, check out our review.

SpongeBob SquarePants: Battle for Bikini Bottom Rehydrated is available now on iOS devices for $8.99 and on Android devices for $9.99. While the game has an E for Everyone rating on the Google Play store, it was officially rated E10+ for Everyone 10+ by the ESRB. It does not contain in-app purchases.