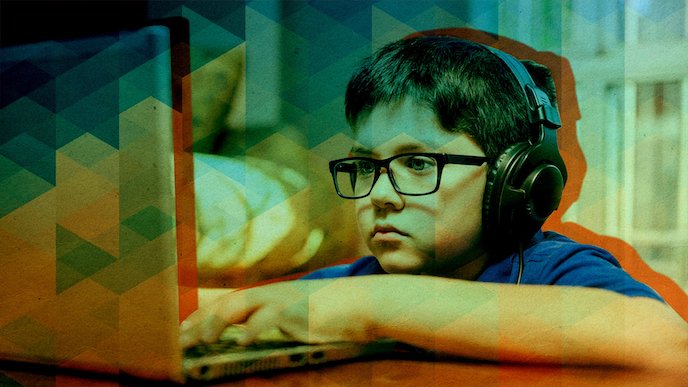 Parents have been panicking about video games since we first started moving pixels across a screen. One of the biggest concerns is how much time kids spend playing them. With the World Health Organization officially declaring gaming addiction a disease, it’s bringing up a new wave of concern from moms and dads.

Kids have addictive personalities by nature – how many little ones do you know who are obsessed with trains or dinosaurs? And we’d never go so far as to call that an “addiction.” Gaming is different. Like it or not, they’re built with the desire to feed into addictive behavior.

Video game developers are tapping into reward mechanisms in the brain that feed connection and, in some cases, addiction. A recent study from Iowa State University indicated that 88 percent of young people play video games, and as many as 8 percent of them show signs of addictive behavior. That’s a pretty huge number, and it’s not expected to get any smaller.

If video game addiction is a concern for your family, here are some warning signs to look for in your kids.

Children are naturally moody, especially as puberty sends armies of hormones coursing through their bodies. It can be hard to distinguish those emotions from ones spurred by external factors like games, but there are a few things to look for.

Many gaming addicts use the virtual world as a retreat from the chaos of reality. They can become easily agitated when dealing with real-world problems but calm down as soon as they’re plugged in. That’s not to say there’s anything wrong with using gaming as a stress release valve, but if it’s the only thing that can turn your child’s mood from upset to pacified, it’s very easy for the brain to build an association that can lead to addiction around that.

It can be hard to separate gaming as a natural self-soothing behavior from an unhealthy response, but the best way to observe it is what happens if gaming isn’t available. If your child can’t find other ways to stabilize their mood besides grabbing a controller, it’s a pretty strong sign that it’s becoming an addiction.

Another mood change can come from withdrawal. After they’ve built a psychological dependence on gaming, being separated from the experience can create anger and frustration. The brain quickly reinforces pleasure pathways, and when those pleasures are denied it’s hard for minds – especially young minds – to cope. If being denied a gaming session causes behavior that is outside the boundaries of acceptability, that’s a pretty good sign that something deeper is happening.

Like any activity, overdoing it on video games can take a toll on the body. The physical signs of excessive gaming are fairly easy to spot, but it’s important to note that the psychological effects happen earlier. Eyestrain is a significant tell for video game addiction – staring at a screen without a break is so hard on the eyes that game developers include warnings telling players to rest their eyes every hour. In the absence of those pauses, eyes can dry out and become red and inflamed.

Motor and joint problems are also present with gaming addiction. Reports of pain and stiffness in fingers, thumbs, and wrists are the most common. Depending on their sitting situation, neck and back pains can also be part of the package. Finally, headaches lasting several hours after gaming have been observed along with light sensitivity.

If your kid is complaining of these symptoms, it might be time to monitor how long they spend gaming each day and work on setting limits.

Video gaming can be a perfectly acceptable leisure time activity as part of a balanced lifestyle. Things get problematic when it starts to eclipse other things your kid had previously enjoyed, like sports or non-gaming hobbies. One of the most noticeable tells for video game addiction is decreasing interest in life outside the virtual world.

Maintaining healthy balance isn’t an innate skill, as evidenced by tons of adults who can’t seem to do it. But it can be hard to turn away from the quick, potent dopamine hits of video game success in favor of less immediately rewarding activities like school or sports. Delayed gratification is one of the hardest lessons to teach kids, and when there’s an entertainment medium pushing them away from building that hardiness it gets even tougher.

Like other addictions, gaming addiction can manifest through neglect of self-care and hygiene as well. Teeth left unbrushed, showers skipped, clothes not changed – these can all be signs that gaming is occupying a disproportionate amount of your child’s mental attention.

Modern gaming experiences provide a new kind of social framework for players, connecting them all over the globe to compete or cooperate in virtual worlds. Although these relationships can be satisfying and valuable, they’re no substitute for face-to-face interaction. A common complaint from parents struggling with video game addiction in their kids is that real world friendships suffer as their children spend more and more time in the digital space.

Isolation isn’t entirely caused by games, though – it’s highly possible that navigating the fraught emotional space of school and friendships is stressful for your kid, as it is for many others. Gaming can offer a much less consequential space to explore these relationships. This is a positive, but when it comes as a replacement for meatspace socialization it can create unrealistic expectations of behavior.

If you find your kid withdrawing from longtime friends, gaming addiction is one possible explanation, but don’t hesitate to look into the context of their behavior before making a judgement. Kids gain and lose friends all the time for myriad reasons. The important thing to look for is a general pulling back from all forms of real-world socialization.

These are far from the only symptoms that indicate addictive attachment to video games, and it’s highly possible that your kid could be hiding some of them as well. In the end, as a parent you have to take the time to closely monitor their gaming time and engagement to determine what’s appropriate or harmful.

Other resources exist for gauging the level of video game addiction. I recommend the Greenfield Video Game Addiction Test, a simple set of 20 true or false questions that, if answered honestly, can paint a clear picture of addiction.