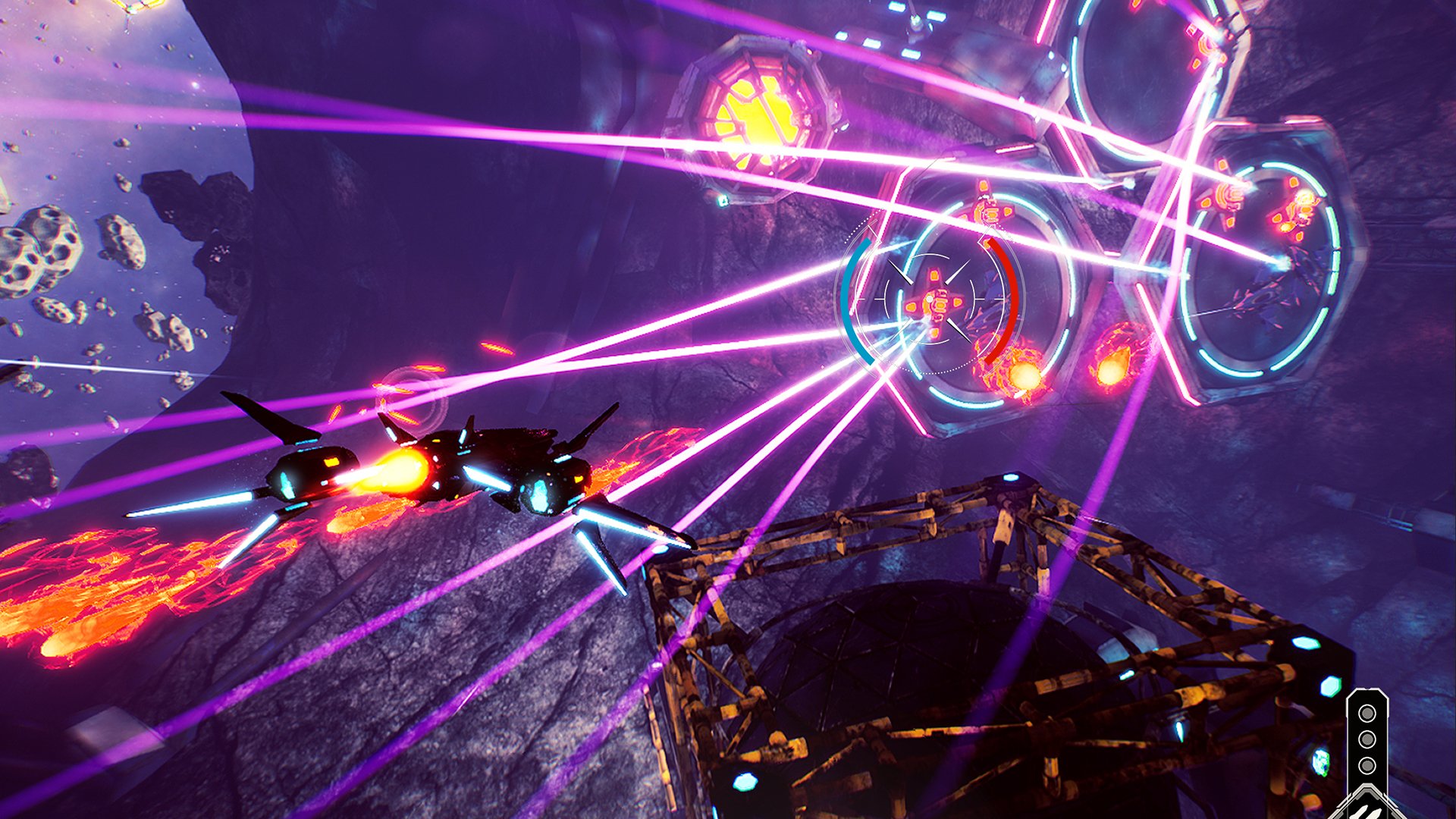 Redout: Space Assault is an arcade-style shooter set in space, which challenges players to complete missions in the far future during the colonization of Mars. The game is the prequel to the original Redout, a futuristic racing game.

Your ship has two health bars related to its shield and hull. When you take damage, it will be applied to the shield first until it’s fully depleted. At that point, your hull will begin to take damage. If you run out of health, you’ll respawn and can continue the mission. Or, if you avoid taking damage for a few seconds, your shield will respawn, giving you additional protection.

While each stage has a main, story-based objective to complete, other objectives are optional. For instance, one may ask you to defeat a certain percentage of enemies in a stage, while another may ask you to complete a level without ever being hit by an enemy missile, and so on.

You’ll earn an in-game currency called “Tokens” for each objective you complete, and you can spend these Tokens on upgrades for your ship’s hull, shield, weapon, and missiles. You can also collect Tokens by flying into them during missions.

In addition to Tokens, you’ll receive cards at the end of each stage, which can apply different bonuses to your ship (for instance, one card may boost your ship’s hull). You can only take a single card with you into each mission, and the cards you leave behind are converted into additional Tokens.

Finally, you can customize the look of your ship by choosing from a variety of paint themes and colors between missions.

While Redout: Space Assault is family-friendly, the game features fast-paced, sometimes chaotic action, so it may not be for everyone.

Check out 20 minutes of Redout: Space Assault gameplay on Switch in our video below.