Play This, Not That: Hitman 3 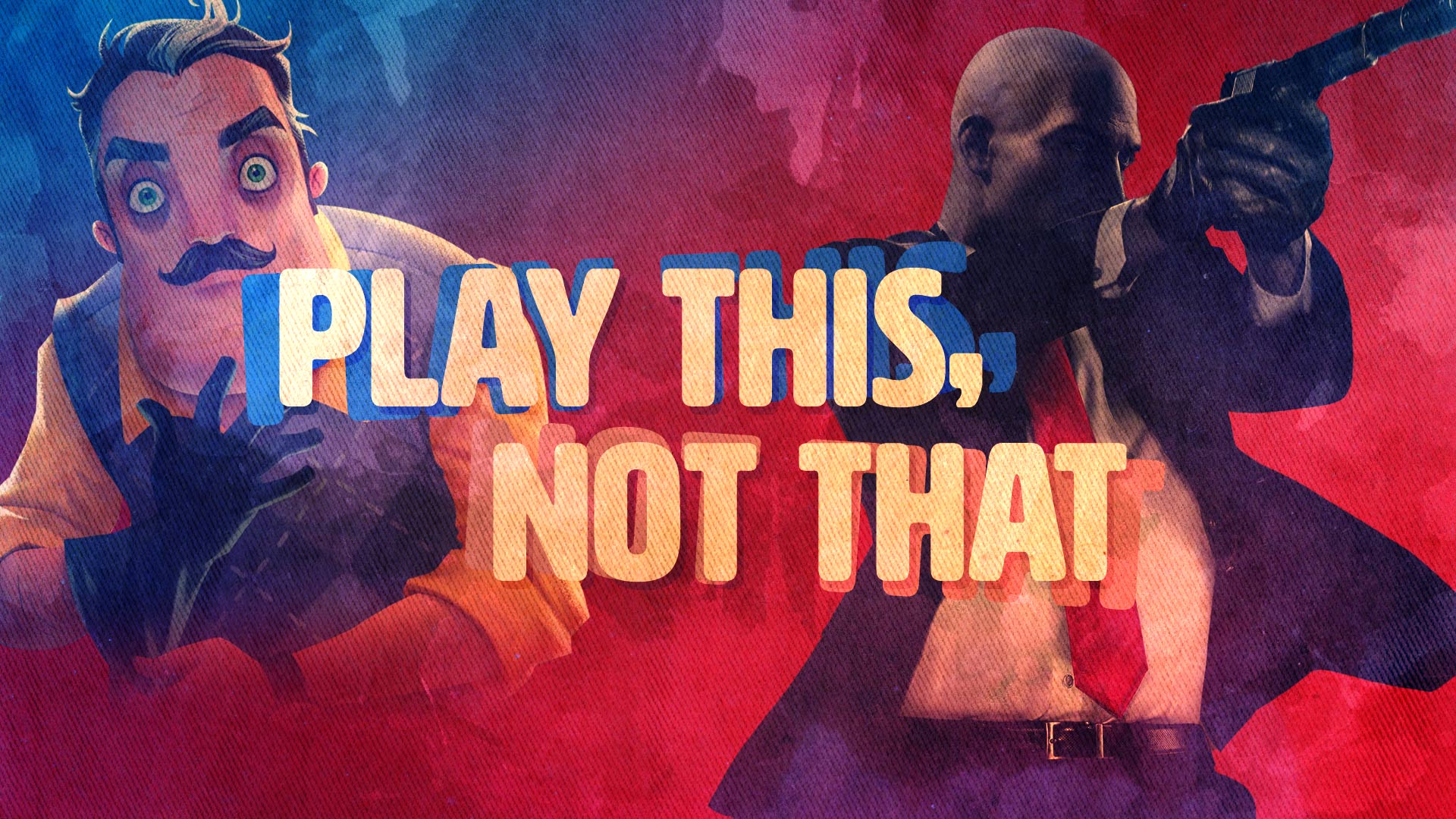 Hitman 3 is the latest installment in the popular Hitman series, which asks players to help Agent 47 complete contracts as a hired assassin.

As you might expect from the theme (and the name), Hitman 3 contains mature content, and it’s been rated M for Mature by the ESRB, with Content Descriptors for “Blood,” “Drug Reference,” “Intense Violence,” and “Strong Language.” This “M” rating means the game has been deemed inappropriate for anyone under the age of 17.

If your kids have expressed an interest in playing Hitman 3, but you’re uncomfortable with the idea, here are some games you can consider that have some of the same gameplay themes (for instance, a focus on exploration, stealth, and/or critical thinking), but are more appropriate for teens and kids.

This horror game challenges players to use stealth to explore their neighbor’s house to discover what’s hidden in his basement. According to the game’s website, “You play against an advanced AI that learns from your every move. Really enjoying climbing through that backyard window? Expect a bear trap there. Sneaking through the front door? There'll be cameras there soon. Trying to escape? The Neighbor will find a shortcut and catch you.” Rather than focusing on intense violence, Hello Neighbor is a game about suspense.

In the Hitman games, players often need to stealthily explore environments in order to figure out how to eliminate their target and escape the area without getting caught. In Invisible, Inc., you’ll use stealth to help a team of agents complete missions. In this strategy game, levels take place in randomly generated environments, so you’ll need to react in real time to what you’re presented with. Your decisions have weight in Invisible, Inc., since agents can die (and remain dead) if things go wrong during a mission. If your teens are into games that require strategic thinking and slow, methodical progress, give this one a look.

While Hitman 3 is ultimately about completing assassinations, its gameplay can feel similar to that of a puzzle game, since you have a problem to solve (eliminate the target), and you can experiment with the tools the game gives you to figure out how to achieve your goal. In the same way, Untitled Goose Game gives you a list of objectives to complete, and you’ll need to analyze the environment (and even experiment) to figure out how to finish them.

For instance, you start near a backyard garden that’s being maintained by a groundskeeper. In this early area, you’re asked to complete tasks such as stealing the groundskeeper’s keys or throwing his rake into the nearby lake. You’ll need to use strategic thinking and problem solving to figure out how to complete each task, and you can even use stealth to complete some tasks (or to avoid the humans who don’t like you). Untitled Goose Game isn’t violent, and it takes place in a happy, colorful world. If you think your teens may need a break from the mature content, we can’t recommend this game enough.

Hitman Go is a turn-based strategy and puzzle game set within the Hitman universe. Where Hitman 3 allows you to freely explore large environments, puzzles in Hitman Go take place within detailed models or “dioramas,” and you’ll need to move Agent 47 along limited pathways, similar to the movement in a tabletop game. You’ll be able to use a variety of disguises, distractions, weapons, and more as you work to take out targets in Hitman Go, but the mature content has been toned down significantly (so much so that Hitman Go is rated E10+ for Everyone 10+).