Pokemon Go 2021 Hoenn Celebration Event: Everything You Need to Know 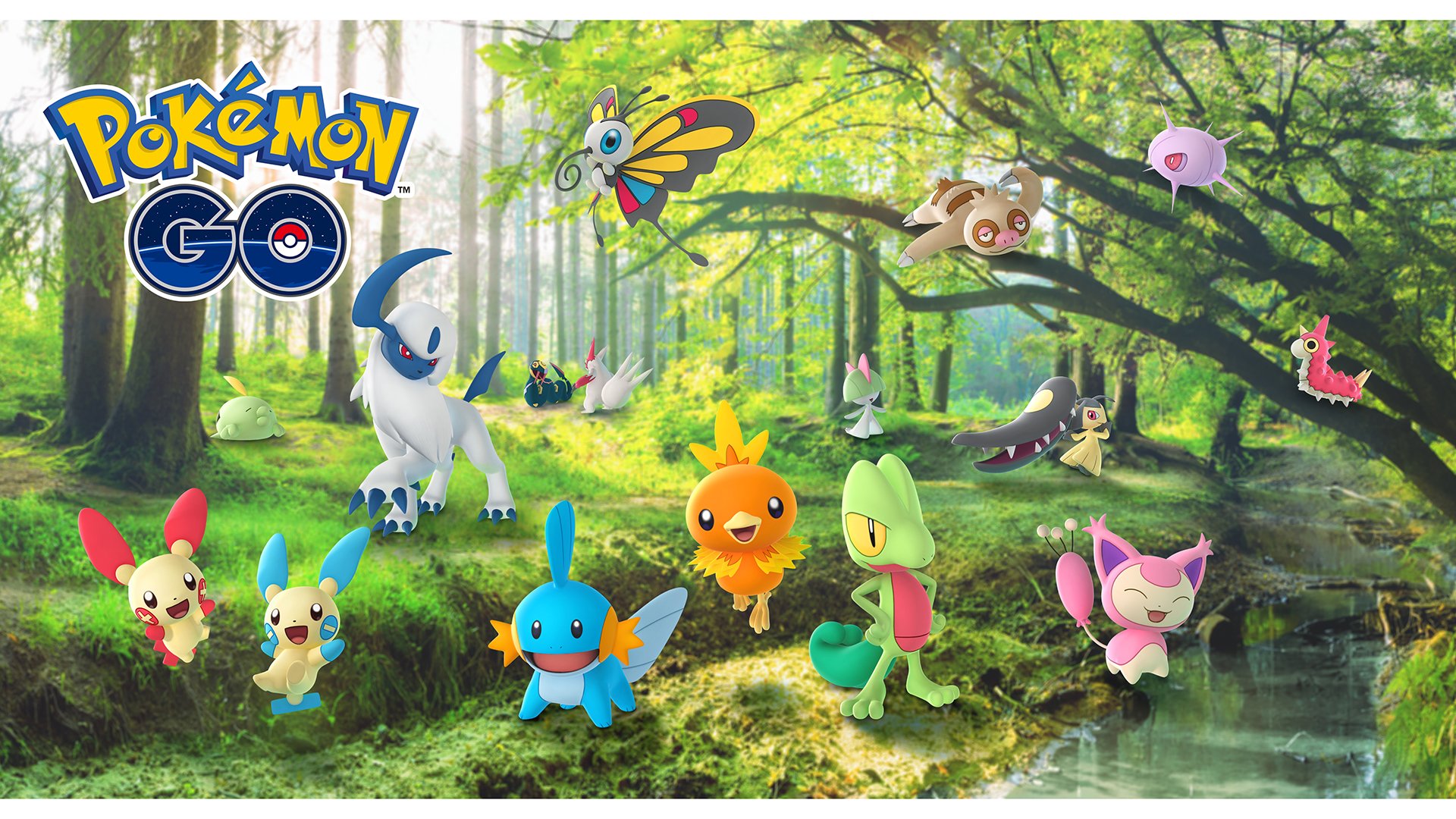 Trainers, the Pokemon Go Tour: Kanto event will take place on February 20, 2021. Ahead of that major event, Niantic, the developer of Pokemon Go, is celebrating other regions of the Pokemon universe with smaller events in the free-to-play mobile game.

For instance, the game’s Sinnoh Celebration event is running from now until January 17 at 8 p.m. local time.

Following the end of the Sinnoh Celebration event, the game’s next event will focus on the Hoenn region of the Pokemon universe.

During this event, Treecko, Torchic, Mudkip, Taillow, Loudred, Nosepass, Aron, Meditite, Roselia, Carvanha, Numel, Baltoy, and other Pokemon from the Hoenn region will appear more frequently than normal in the wild. There will also be the chance for you to encounter Shiny Aron.

Next, Skitty, Aron, Corphish, Lileep, Anorith, Bagon, and Beldum will have the chance to hatch from 5 km Eggs that are collected during this Sinnoh Celebration. Plus, you’ll be able to complete event-exclusive Field Research tasks for the chance to earn Stardust and encounters with Pokemon like Treecko, Torchic, Mudkip, Aron, Plusle, Minun, and Wailmer.

During this Hoenn celebration, you’ll be able to take on lots of different Pokemon in Raids. Here’s the breakdown:

Speaking of Raids, this Hoenn Celebration event will also feature Timed Research tasks that will ask players to win Raids and catch Pokemon. Here’s a preview of what this Timed Research will ask you to do, and the rewards you’ll receive for completing it:

If you can complete all of the Timed Research tasks during the Hoenn event, you’ll receive 3,000 experience points, a Silver Pinap Berry, and an encounter with a Rayquaza that knows the exclusive battle move Hurricane (this Rayquaza will have the chance to be Shiny).

To help players complete some of these Legendary Raids, a free bundle of three Remote Raid Passes will be available in the in-game store from January 19 at 1 p.m. PT until January 25 at 1 p.m. PT.

As if all of this weren’t enough, another special bonus will be active during the Hoenn Celebration event: Each time you evolve Metang into Metagross during this event, it will learn the battle move Meteor Mash, which was previously a Community Day-exclusive move (Beldum Community Day took place way back in October of 2018).

Finally, you’ll be able to complete a Hoenn-themed Collection Challenge during this event in order to receive three Silver Pinap Berries, experience points, an Incense, and a point toward your Elite Collector medal. This Collection Challenge will ask you to collect nine Pokemon during the Hoenn Celebration: Treecko, Torchic, Mudkip, Nincada, Nosepass, Aron, Plusle, Minun, and Bagon.

Following this Hoenn celebration, the next region-themed event in Pokemon Go will feature Pokemon from Johto! The Johto Celebration event will run from January 26 until January 31. We’ll make sure to bring you more details about this event as they’re revealed.

Are you excited about the Hoenn Celebration event coming to Pokemon Go? Let us know on Twitter at @superparenthq.