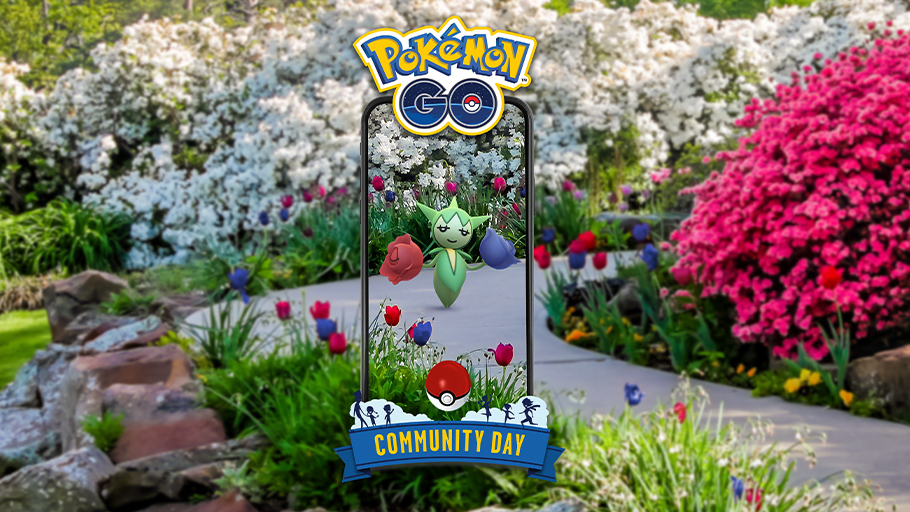 Trainers, January’s Pokemon Go Community Day event is still a few days away, but we can already look ahead to what’s next (January Community Day is January 16).

February’s Pokemon Go Community Day event will take place on February 7 from 11 a.m. to 5 p.m. local time. During that time, Roselia will appear more frequently than normal in the wild, and you’ll have the chance (though not the guarantee) to run into its rare Shiny version!

Roselia is a Grass- and Poison-type Pokemon from the third Generation of the Pokemon universe. In Pokemon Go, Budew can be evolved into Roselia using 25 Roselia Candy, and Roselia can be evolved into Roserade using 100 Roselia Candy and a Sinnoh Stone. Each time you evolve Roselia into Roserade during February’s Community Day (or during the two-hours immediately following it), Roserade will learn the battle moves Weather Ball and Bullet Seed.

During February’s Community Day event, players will be able to complete themed Timed Research tasks to receive Sinnoh Stones, and Incense that is activated during the event will last for three hours.

In addition, Budew will have the chance to hatch from 2 km Eggs that are collected during this event, and Eggs will hatch after walking only 1/4 of the normal required distance, so long as they’re placed into Incubators during the Community Day period.

Finally, in a news post, Niantic, the developer of Pokemon Go, said players can take Go Snapshots during the Community Day festivities “for a surprise.”

There will be two ways to spend real money related to February’s Community Day event. To start, players will have the option to spend 1,280 PokeCoins on a Roselia Community Day Box containing four Incense, four Super Incubators, 30 Ultra Balls, and an Elite Fast TM.

Are you excited about February’s Pokemon Go Community Day event? Let us know on Twitter at @superparenthq.