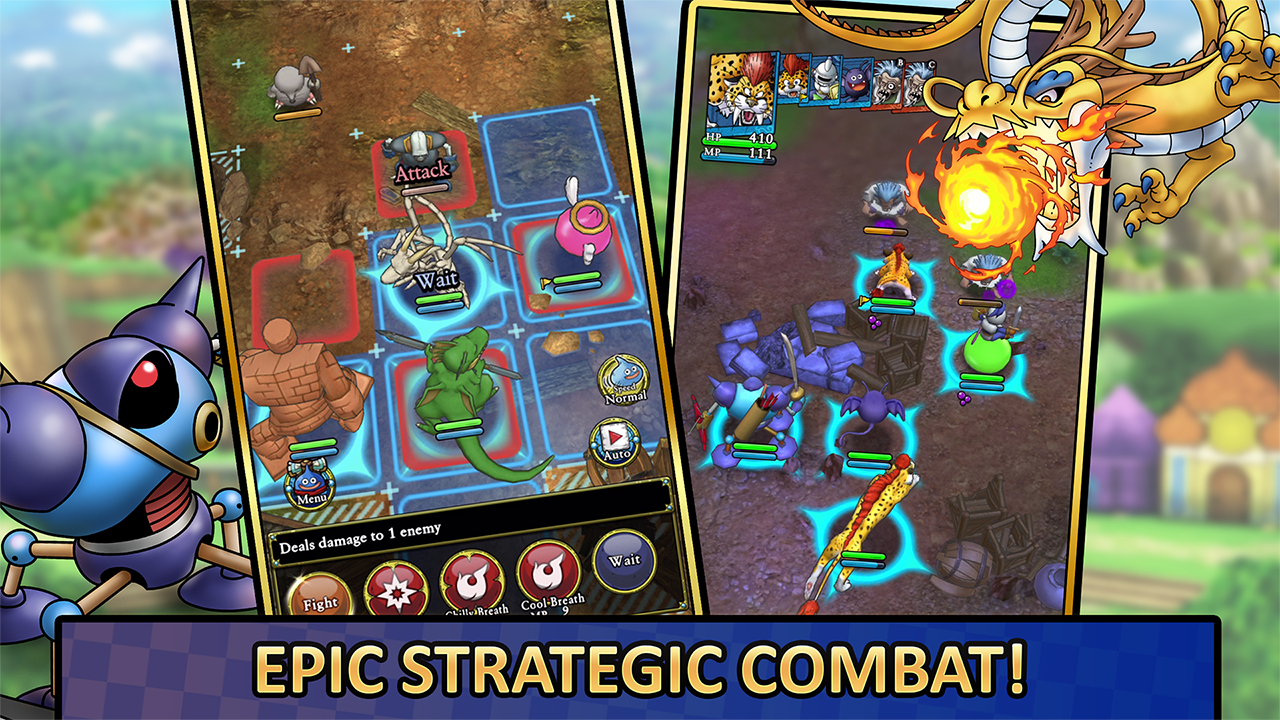 Dragon Quest Tact is a free-to-play tactical role-playing game that will allow players to collect a variety of monsters from the Dragon Quest franchise and use them in battles that take place on a grid. Players will also be able to train and customize their monsters over time.

According to the game’s description on the Google Play store, Dragon Quest Tact will include “[a]n ever-growing list of freely obtainable monsters,” which should allow players to build a large team without actually spending real money (though optional in-game purchases will be available).

Dragon Quest Tact will be released on iOS and Android devices on January 27, 2021, and interested players can pre-register for the game right now on both platforms.

Once the game launches, a free “King Slime” will be given away to everyone who tries the game, though this reward will only be available for a limited time.

Dragon Quest Tact is rated E for Everyone.