New Fortnite and Mario Kart Toys are in the Works 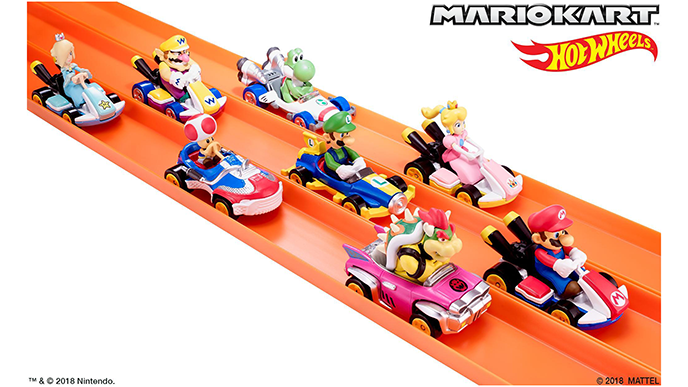 If your kids (or you) are fans of Fortnite and Mario Kart, keep an eye out for some new toys coming to store shelves in the future.

As reported by Nasdaq (via IGN), Funko, the maker of those adorable Funko Pop dolls with big heads and tiny bodies, has partnered with Fortnite creator Epic Games to create a line of toys and collectibles based on the battle royale video game.

Funko’s Fortnite collection will offer items in more than 10 product lines, including Funko Pop figures, “5 Star” figures, “Pint Size Heroes,” keychains, clothing, and more. The items will be released during the 2018 holiday season.

Plenty of video games have already received the Funko treatment. Figures are available for everything from Minecraft to Overwatch to Sonic and beyond. Fortnite is the biggest game in the world right now, so this announcement doesn’t come as a surprise.

In other fantastic video game toy news, Mashable reported that Hot Wheels has created a new line of Mario Kart Hot Wheels based on Nintendo’s popular kart racing video game series. (But they’re going to be a while.)

These vehicles aren’t traditional Hot Wheels cars or trucks. They’re go karts inspired by those from the game, which are being driven by the game’s characters. Eight different characters will be available: Mario, Luigi, Peach, Yoshi, Toad, Bowser, Wario, and Rosalina. The cars will race onto store shelves in June 2019 at a price of $4.99 each.

This isn’t the first time Mattel has released Hot Wheels based on Mario. A line of Hot Wheels with paint jobs inspired by various Mario games - Super Mario World, Dr. Mario, Super Mario Bros., and others - was revealed in 2015. Another line of vehicles, each themed after a specific Nintendo character, was released in 2016.