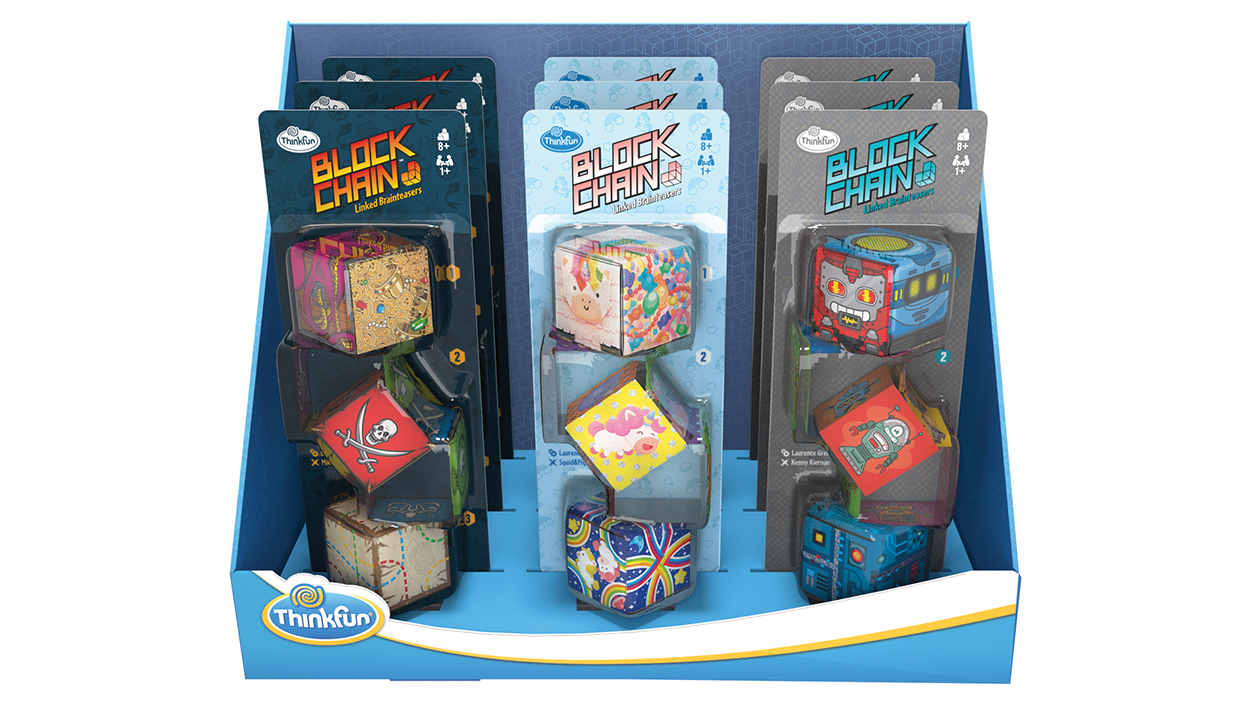 ThinkFun, the company behind children’s toys and logic games like Dog Crimes and My First Rush Hour, is preparing to release a new line of logic toys called “Block Chain,” which will challenge kids 8+ to manipulate cubes to solve puzzles.

These cube toys can be expanded, rearranged, and then collapsed to cause specific pictures to be on the outside of the cube. The overall idea is similar to a Rubik’s Cube (though much simpler).

For instance, in the robot version of Block Chain, one cube has pictures of red and blue robots. Kids need to manipulate the different parts of the cube to cause all of the red pieces to be on the outside when the cube is collapsed. Another cube contains pictures of a circuit board that kids need to rearrange to form a complete circuit. And the third cube asks kids to rearrange pictures of robots so that each robot is represented only once on the final collapsed cube.

In the unicorn and pirate toys, these puzzles may ask kids to ensure all of the candy is inside a unicorn pinata (think the blue and red robot cube), form the path on a treasure map (the circuit board in the robot version), and so on.

Each cube is surprisingly durable while being really lightweight. When you collapse all three cubes, they take up very little space, and would be a great option for keeping kids entertained on a long trip.

Check out the following videos to learn more about the three different Block Chain toys.