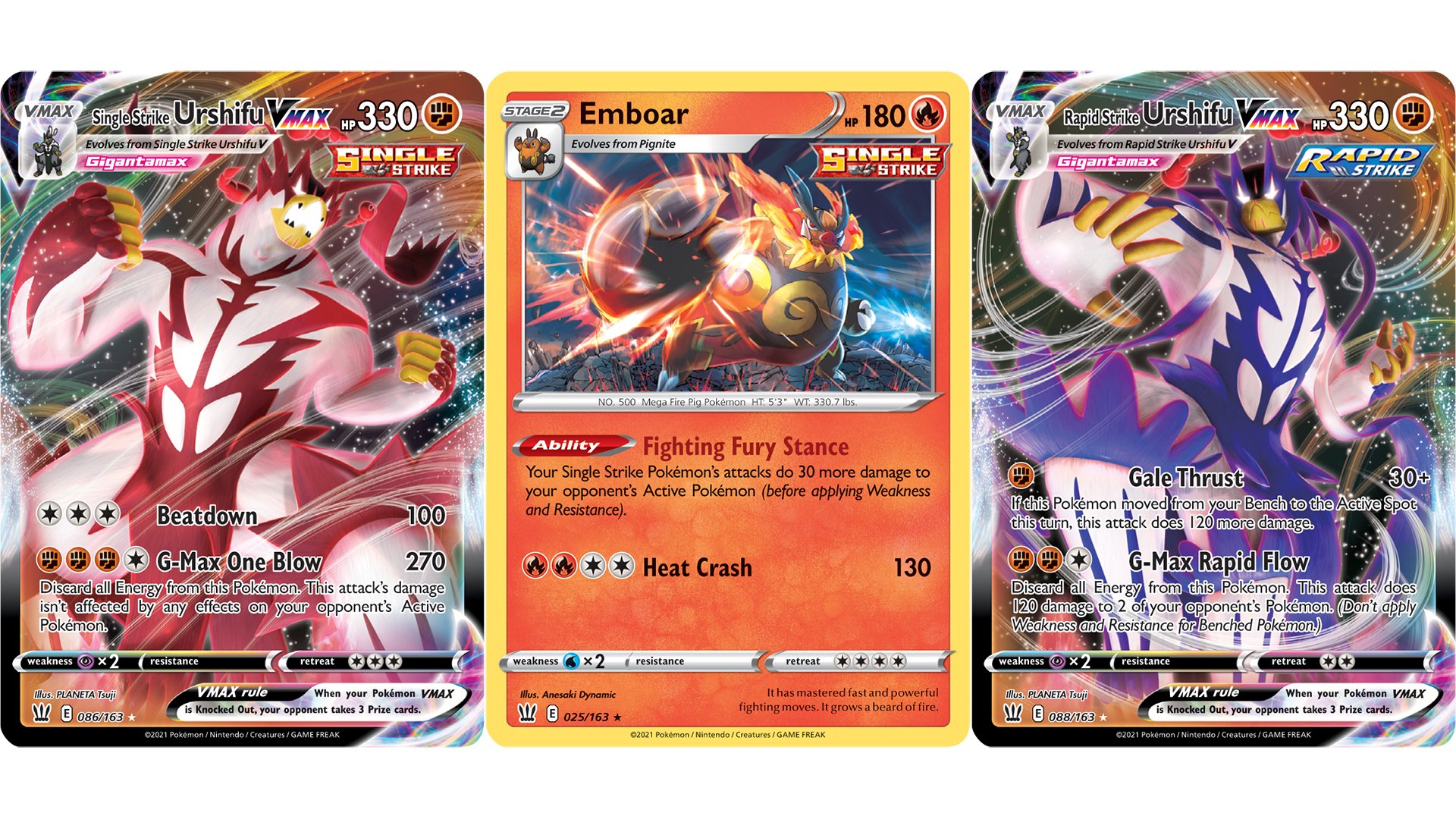 In the Isle of Armor expansion for Pokemon Sword and Pokemon Shield, players are allowed to collect an Urshifu that knows one of two Battle Styles: Single Strike Style or Rapid Strike Style.

The next expansion for the Pokemon Trading Card Game (Pokemon TCG) has been inspired by this mechanic, as it will add these two Battle Styles to the game.

In addition to featuring Pokemon, these Single Strike and Rapid Strike cards may also come in the form of Trainer and Energy cards. According to a press release, these cards “tend to assist Pokémon of that particular Battle Style and allow players to build a Single Strike or Rapid Strike deck.”

Are you excited about this new expansion for the Pokemon TCG? Let us know on Twitter at @superparenthq.