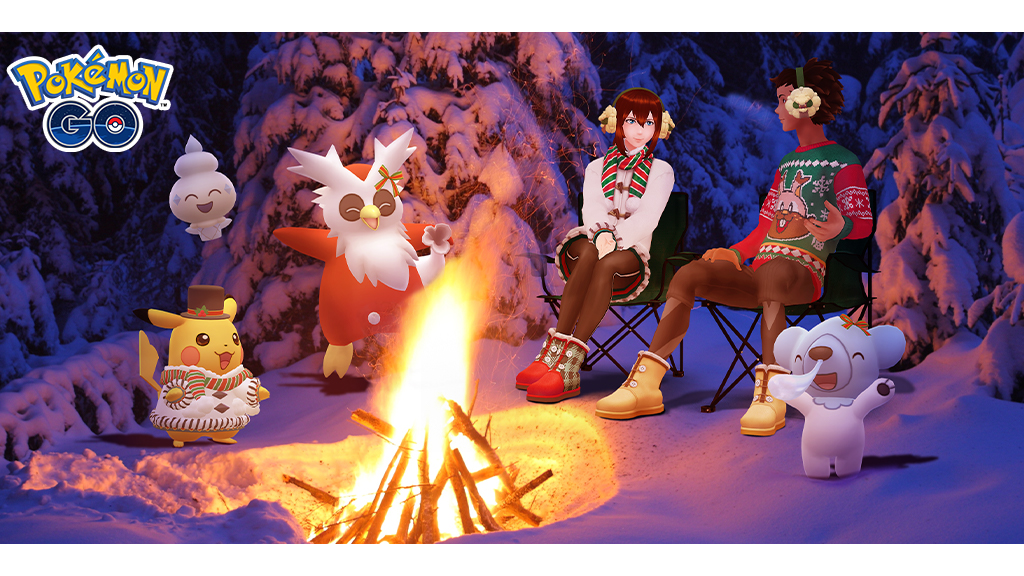 Happy holidays, trainers! A major holiday event is coming soon to Pokemon Go, which will allow you to collect new costumed Pokemon, dress your avatar in new winter clothing items, and much more.

During this time, players will be able to collect costumed versions of Pikachu, Delibird, and Cubchoo. You can see what these costumed Pokemon look like in the image at the top of this post!

In addition, Ice-type Pokemon will appear more frequently than normal in the wild during this event. This includes Pokemon like Spheal and Snover. Plus, Vanillite will make its Pokemon Go debut during this event!

Elsewhere, Seel, Swinub, Smoochum, Snorunt, Snover, and Vanillite will have the chance to hatch from 5km Eggs that you collect during this event. In addition, Alolan Sandshrew, Dewgong, Jynx, Sneasel, Swinub, Walrein, Cubchoo, and Cryogonal will appear in Raids during this holiday event, and there’s the chance players may encounter Shiny Jynx.

If you like battling Mega-Evolved Pokemon in Pokemon Go, Mega Abomasnow will appear in Mega Raids during the game’s holiday event. In a news post, Niantic, the developer of Pokemon Go, said Mega Abomasnow “will be even more powerful throughout the event.”

Once this holiday celebration begins, players will be able to dress up their avatar with new items, like the Greedent Sweater, Whimsicott Earmuffs, Winter Boots, and Winter Coat. Plus, event-themed premium item boxes will also be available to purchase in the in-game store.

Finally, players will be able to complete event-themed AR Mapping tasks during this holiday event, which reward them with Abomasnow Mega Energy and Snorunt encounters.

As if all of this wasn’t enough, a series of limited bonuses will be available at different times throughout this event. Here’s the full schedule:

This Winter Weekend event will run from December 26 at 8 a.m. local time until December 27 at 10 p.m. local time. During that time, three features will be active:

Are you excited about this year’s holiday event in Pokemon Go? Let us know on Twitter at @superparenthq.