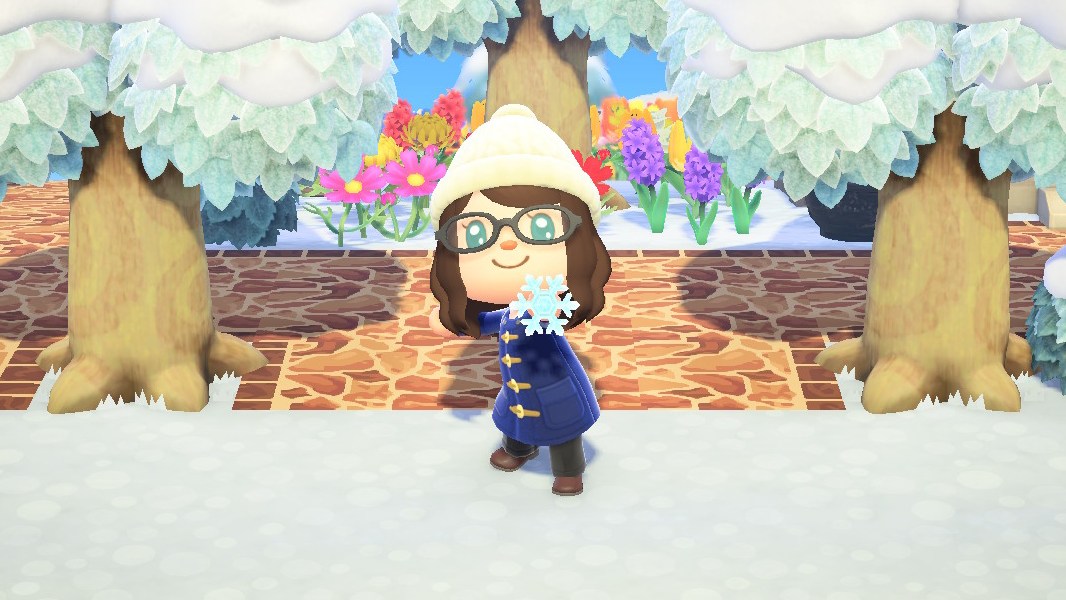 Winter has finally arrived on islands in the Northern Hemisphere in Animal Crossing: New Horizons! With the beginning of a new season, players can now collect new crafting materials -- snowflakes -- that can be used to create a variety of chilly DIY recipes.

According to Animal Crossing World, the Snowflake crafting season in New Horizons runs from December 11 to February 24 on islands in the Northern Hemisphere, and from June 11 to August 24 on islands in the Southern Hemisphere. During that time, you can collect a variety of snow- and ice-themed DIY recipes that can be made using snowflakes, as well as the snowflakes themselves. (As reported by Animal Crossing World, you can collect regular Snowflakes by catching them in the air, and Large Snowflakes by creating Snowboys with the snowballs that appear on your island.)

The first time you login to Animal Crossing: New Horizons during the winter season, Isabelle will give you the first recipe from this set -- the Snowflake Wreath -- for free. It requires four Snowflakes to create.

It will likely take you quite a bit of time to collect all of the snowflakes you need to create these recipes. That being the case, you may want to check out the ChargePlay Clutch from HyperX. It can extend your device’s battery life so you can play New Horizons (and other Switch games) for a longer period of time before having to charge your Switch. Head over to HyperX’s website to learn more about the ChargePlay Clutch and the company’s other Switch accessories.