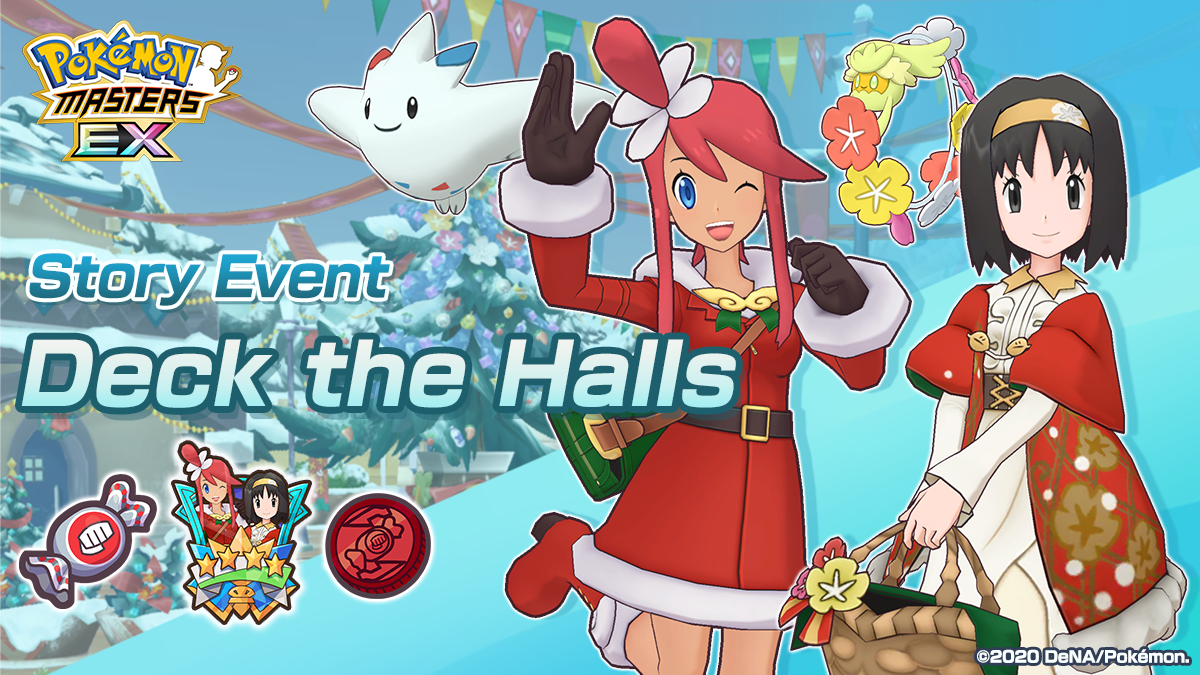 Trainers, Pokemon Masters EX has kicked off a series of holiday celebrations that allow you to complete a new Story event, collect holiday-themed Sync Pairs, and more.

To start, players who have completed at least Chapter 1 of the game’s main story can now complete a new Story Event called “Deck the Halls.” This story features festive versions of Erika and Skyla, who are working together to decorate a tree on Pasio.

Then, you’ll have the chance to add the festive Sync Pairs of Erika & Comfey and Skyla & Togekiss to your collection through a new Sync Pair Spotlight Scout that’s available from now until December 31 at 9:59 p.m. PT. Both of these Sync Pairs can reach the “6 Star” EX rating.

Remember, these Sync Pair Spotlight Scouts are like “mystery boxes.” That is, they require premium currency (Gems), and you won’t know which Sync Pair(s) you’ll receive before you make a purchase.

Finally, the in-game Pokemon Center has been decorated for the holidays, and trainers can login each day from now until December 31 to collect up to 1,000 Gems.

First, Regirock will be available to battle in the Legendary Arena until December 20 at 9:59 p.m. PT. To battle Regirock, you need to have completed at least Chapter 2 of the game’s main story.

Next, from now until January 3 at 9:59 p.m. PT, players who have completed at least Chapter 1 of the game’s main story can complete a Legendary Event called “The Beast That Devours The Sky.” This event will allow players to form a Sync Pair with Solgaleo.

Finally, the Sync Pairs of Dawn & Turtwig and Brendan & Treecko will be available to collect through a Sync Pair Spotlight Scout that’s available from now until December 20 at 9:59 p.m. PT.

To learn more about Pokemon Masters EX, check out our previous coverage.