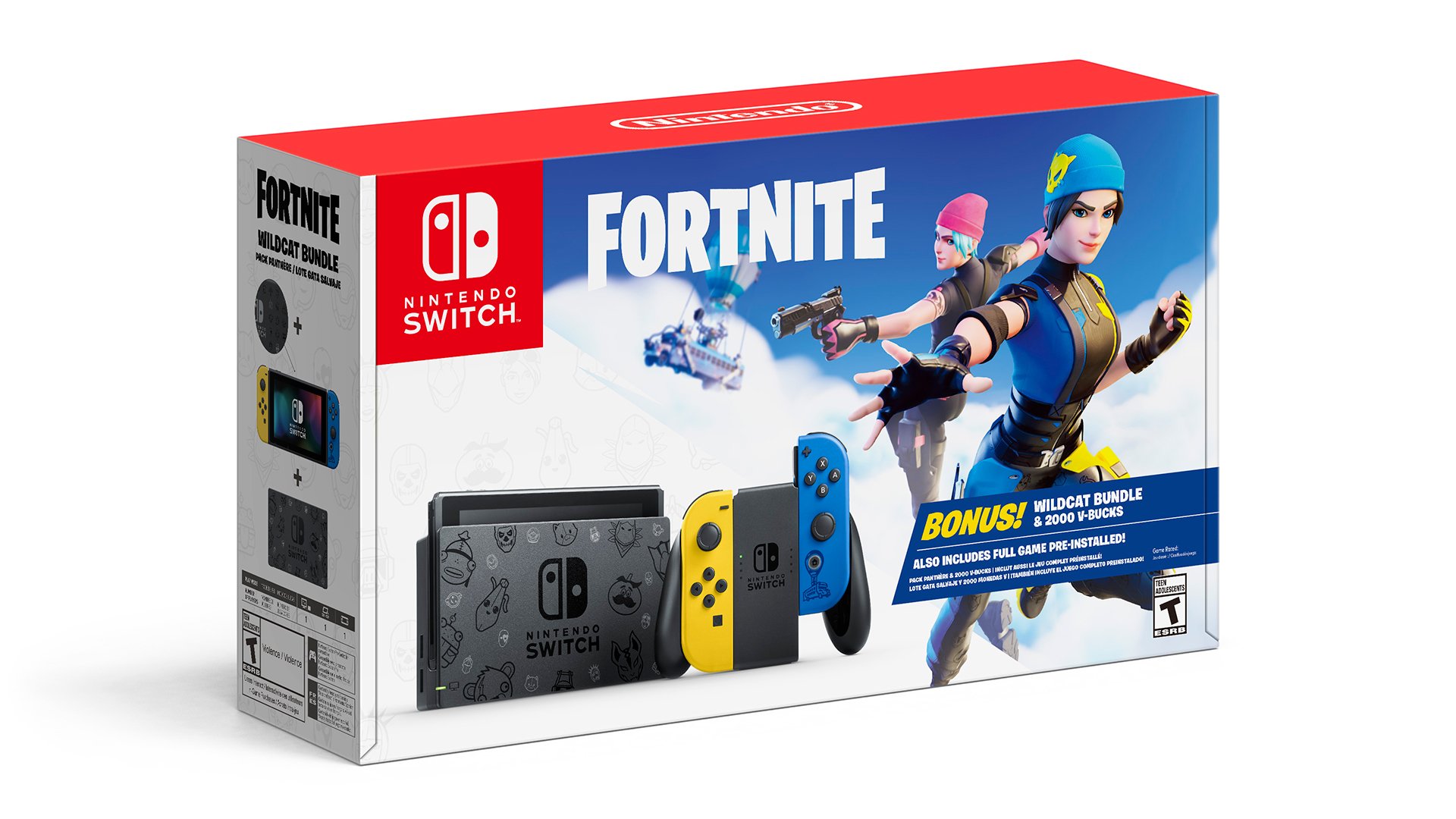 Just in time for the holiday season, Nintendo has released a Fortnite-themed version of the Nintendo Switch.

The Fortnite Nintendo Switch bundle includes a specially themed Switch console that has Fortnite-inspired imagery on the Switch console itself, as well as the included dock. It also comes with one yellow and one blue Joy-Con.

This new Switch console comes with Fortnite pre-installed, so you won’t have to take the time to download the game from the Nintendo eShop. Plus, the bundle includes 2,000 V-Bucks (Fortnite’s premium currency) and a code that will allow you to download the game’s Wildcat Bundle. This Wildcat Bundle includes cosmetic items like the Sleek Strike Back Bling and the Wildcat Outfit.

The Fortnite Nintendo Switch bundle is now available for $299.99. According to Nintendo’s website, you can find it at GameStop, Walmart, Target, and Best Buy, though it’s possible it may be available at additional stores in the future.

Fortnite is rated T for Teen by the ESRB.