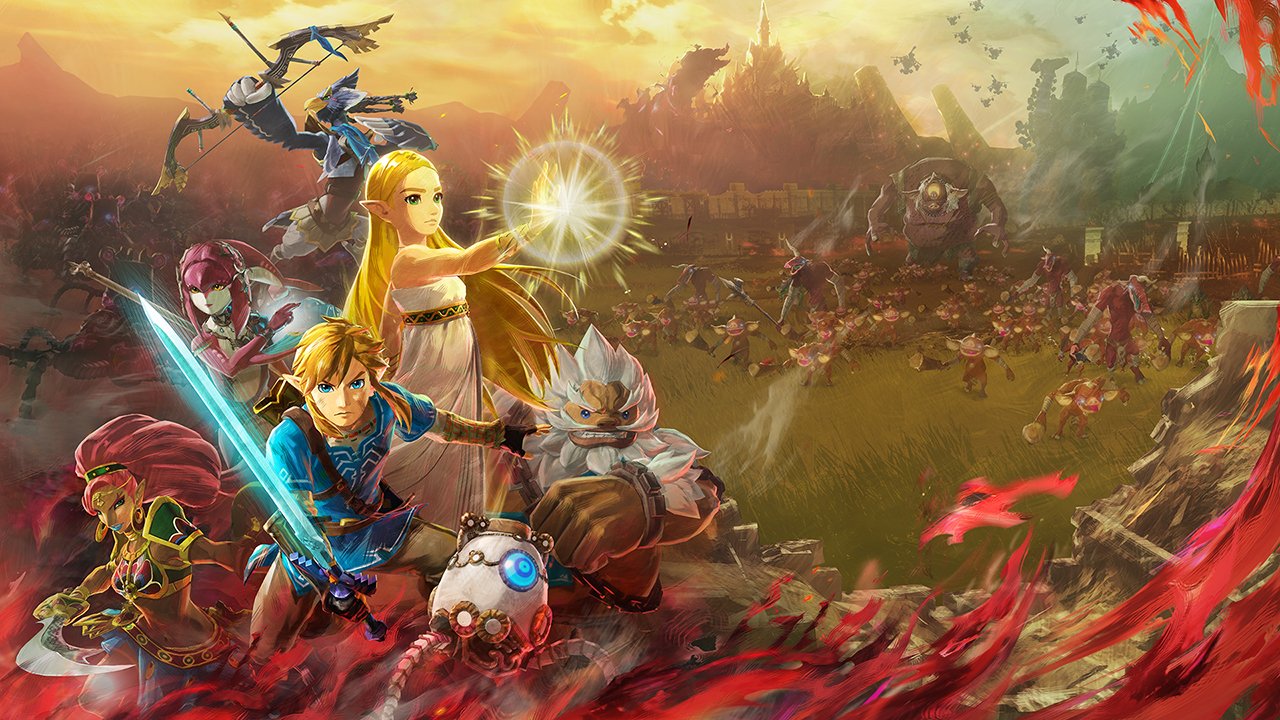 Now, Hyrule Warriors: Age of Calamity has been released for Switch. This prequel to Breath of the Wild begins immediately before the Great Calamity, and it allows players to experience the event alongside the heroes that were introduced in Breath of the Wild.

Hyrule Warriors: Age of Calamity is a hack-n-slash game that allows players to quickly kill hundreds of enemies during battles using a combination of light and heavy attacks, as well as a variety of special abilities. While players begin with a single playable character -- Link -- their team will expand over time, and they can switch between characters freely during a stage (each character has different abilities). Players can also tell their inactive characters where to go around the map based on where they’re needed at the time.

Unlike Breath of the Wild, which allows players to take their time and strategically battle one -- or perhaps a handful -- of enemies at once, Age of Calamity has fast-paced gameplay, with a basically endless number of enemies appearing around the map. That is, the game is designed to allow players to wipe out multiple enemies with a single attack combo and then quickly move on.

As players defeat enemies, they can collect new weapons and more to improve their characters’ performance in future battles. Players can also search for hidden collectibles around the in-game world. Players can choose from three difficulty levels to create an experience that suits their tastes.

Hyrule Warriors: Age of Calamity is now available on Nintendo Switch. While Breath of the Wild was rated E10+ for Everyone 10+ by the ESRB, Age of Calamity has a T for Teen rating. That being said, the game still doesn’t contain realistic blood or gore; when enemies are defeated, they simply disappear from the world.

Check out our gameplay video below to see Hyrule Warriors: Age of Calamity in action.