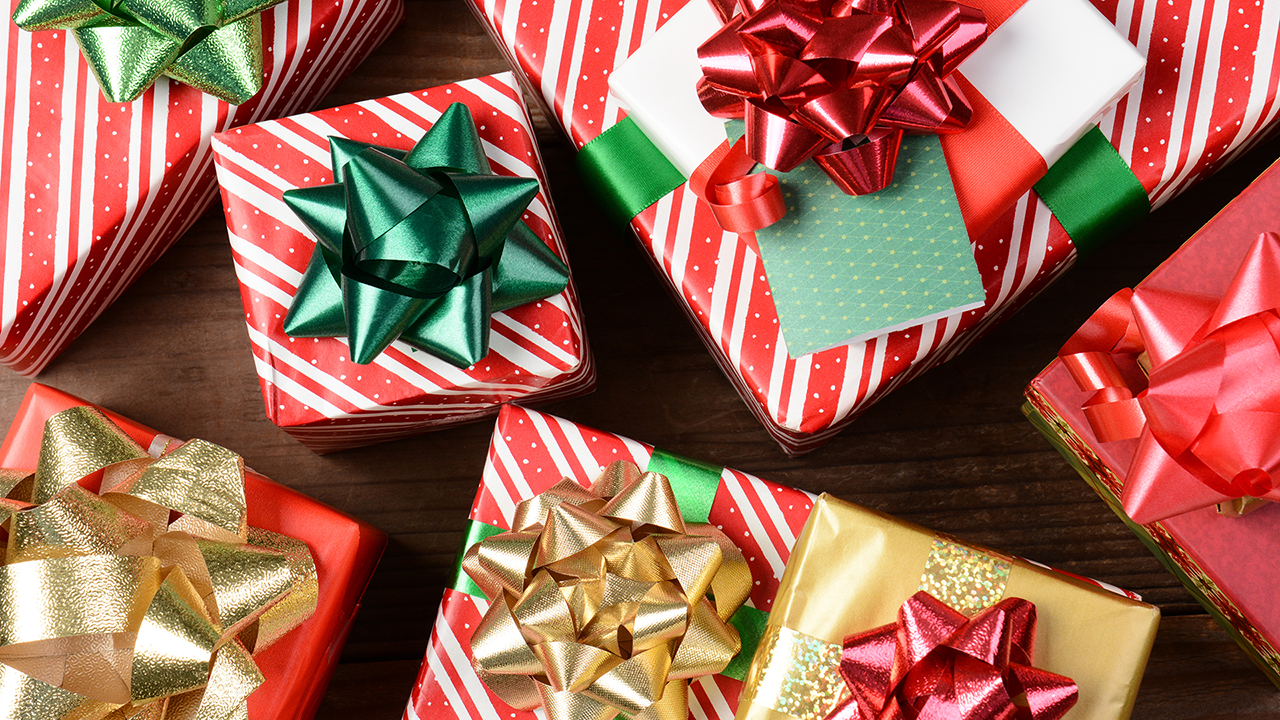 Switch fans were treated to lots of amazing experiences this year, from Animal Crossing: New Horizons to Mario Kart Live: Home Circuit and more. If there’s a Switch fan in your life, here are 10 great games to consider this holiday season.

While the PlayStation 5 and Xbox Series X and S are the talk of the town this holiday season, Nintendo is here to remind you that it’s the most innovative video game company around. Mario Kart Live: Home Circuit is a perfect example of the company’s ingenuity, taking one of the most popular Nintendo franchises of all-time and connecting it to the real world with two different types of RC cars (one for Mario and one for Luigi). This $99.99 MSRP package includes a real-life Mario Kart and a bunch of cardboard signs and gates that turn your living room into a custom track of your own. Now grab your Nintendo Switch and you’ll see your track come to life as Mario (or Luigi) uses special items, collects coins, and battles competitors in augmented reality (AR) thanks to the small camera mounted on the RC car. There’s nothing quite like it, and it remains one of the tougher finds this holiday season, but for good reason. Want to know more? Check out our hands-on impressions here.

Animal Crossing: New Horizons is a life simulation game that allows you to create a new life for yourself on a large tropical island, where you can do (mostly) whatever you want, whenever you want, using the tools provided to you. While the game does have a short series of scripted events to experience, there’s no traditional storyline here (that is, the game doesn’t have a set ending). You’re simply set loose on your very own island, where you can casually build and decorate your own home, go fishing, dig up fossils, collect bugs, visit the local museum, do some shopping (for clothing, home decor, and more), and interact with a variety of (very adorable) talking animal friends (among other features).

The game runs on a true day and night cycle, so the in-game time always matches the time in the real world. This means you may experience different weather, see different items in the stores, and more each day. Plus, the game is frequently updated with new features, holiday-themed events, and more, so you’ll never really see it all. Finally, the game supports local and online multiplayer, allowing you to visit other players’ islands, as well as invite friends to visit your own. While Animal Crossing: New Horizons offers family-friendly gameplay, the game’s dialog is presented through text, rather than voice acting, so players need to know how to read. To learn more about Animal Crossing: New Horizons, check out our review.

Kingdom Hearts Melody of Memory is a music rhythm game that challenges players to press the correct buttons in time with the music as symbols appear on the screen. The game features more than 140 songs taken from throughout the Kingdom Hearts franchise, and you can play through them in a variety of modes. The game’s story mode -- narrated by Kairi -- allows you to relive major moments from past Kingdom Hearts games, and you can also test your skills in a free play mode, a cooperative multiplayer mode, and an online battle mode that pits you against other real players. Finally, the Switch version of the game includes an exclusive mode that isn’t found on other platforms. This “Free-for-all” mode allows up to eight players to enjoy the game together in the same room. Learn more about Melody of Memory in our review.

Paper Mario: The Origami King
Rated E for Everyone

The Origami King takes players to a world where everything (including people and animals) is made of paper. The evil King Olly has taken Princess Peach’s castle from Toad Town and wrapped it in five colorful streamers, which Mario (who is joined by Olly’s sister, Olivia) will need to remove to save the day. This mix between a role-playing and action adventure game features battles that are more like puzzles than traditional encounters, and they’re sure to put your spatial reasoning skills and reflexes to work. Outside of battle, you can whack objects and/or peel away paper layers in the environment to discover secrets, like hidden Toads and doorways, as well as collect new weapons and items that will help you progress through the game. The Origami King is a lengthy experience, with a storyline full of laughs and some real emotion. In our review, we shared some concerns related to the game’s sometimes challenging battle puzzles, but at the end of the day, this is still an incredibly charming, genuinely funny adventure on Switch.

Super Mario 64 was originally released on the Nintendo 64 in 1996. It challenges players to jump into paintings around Peach’s castle in order to collect stars and defeat Bowser.

Next, Super Mario Sunshine launched on GameCube in 2002. It takes Mario to the tropical Isle Delfino, where he’ll need to save Princess Peach from Shadow Mario, who has also covered the island in gunk.

Finally, Super Mario Galaxy was released on the Wii in 2007. It allows players to travel to different galaxies, where they’re challenged to collect stars in order to rescue Princess Peach and defeat Bowser.

The collection features updated graphics, as well as a music mode that allows you to listen to the soundtracks from all three games right on the Switch. The physical version of Super Mario 3D All-Stars has a limited production run, and the digital version will only be available to download until the end of March 2021.

Pokemon Sword and Pokemon Shield are the latest role-playing games (RPGs) in the main series of Pokemon video games. They allow players to become a Pokemon trainer and collect hundreds of different Pokemon (both new and familiar) as they work to become the Pokemon Champion of the lovely Galar region. While Sword and Shield were originally released in 2019 (we even featured them on last year’s Switch Games Holiday Gift Guide), they’ve been updated in 2020 with two major expansions: The Isle of Armor and The Crown Tundra.

The Isle of Armor allows players to collect new Pokemon as they rise through the ranks of a Pokemon dojo, while The Crown Tundra takes players to a new snowy area, where they can explore Pokemon Dens and encounter Legendary Pokemon.

If your family has yet to try Sword or Shield, a new Expansion Pass Bundle allows you to experience the main game and its two expansions for a single price ($89.99), rather than purchasing them separately. To learn more about Pokemon Sword and Pokemon Shield, check out our review.

This beautiful management simulation game asks you to complete the final requests of friendly spirits before guiding them to the afterlife. As you meet new characters, you’ll be able to customize a large boat, as well as do some farming, fishing, cooking, and more. Spiritfarer can be a genuinely emotional experience, and it’s only recommended for teens and older players. While Spiritfarer may not be appropriate for littles, we appreciate the game's potential to be used as a conversation starter with teens about its themes of loss and death. To learn more (and to see the game in action), check out our SuperParent First Look.

Roguelikes are more popular than ever, introducing players over the past decade or two to the strange appeal of looming failure. Most of the time, these kinds of games are either extremely dour or violent (Dark Souls, Darkest Dungeon, Binding of Isaac), or just way too hard for anyone still learning (Spelunky). Mystery Dungeon is another kind of roguelike, but in attempting to get more people to try it, Nintendo slapped Pokemon on it and made it less oppressive. Pokemon Mystery Dungeon: Rescue Team DX is a remake of the GBA/DS original, giving Pokemon fans an opportunity to see their favorite collectible critters in a totally different setting. This game is more about surviving dungeons than catching ‘em all, but it’s a great way to teach forethought and strategy that’s more complicated than the rock-paper-scissors of Pokemon proper. The other games in this series and genre are significantly less forgiving, but Pokemon Mystery Dungeon: Rescue Team DX is built on years of figuring out how to make roguelikes kid-friendly. Learn more about Pokemon Mystery Dungeon: Rescue Team DX in our review.

The Pikmin franchise may not be as well known as Mario or Zelda, but it has a dedicated fan base thanks to innovative gameplay, beautiful settings, and some of the cutest characters in all of gaming. In this enhanced version of the Wii U original, you play as three explorers who crash land on a planet full of Pikmin. You must use these Pikmin to help you survive by collecting fruit, battling enemies, and completing a variety of missions. It’s important to know which Pikmin will help you in different situations (for example, the rock Pikmin smash through crystals with ease, while the yellow ones can harness the power of electricity). You can even have two players in on the action, working together in a bunch of modes that will keep your interest for a long time to come. Learn more about Pikmin 3 Deluxe in our review.