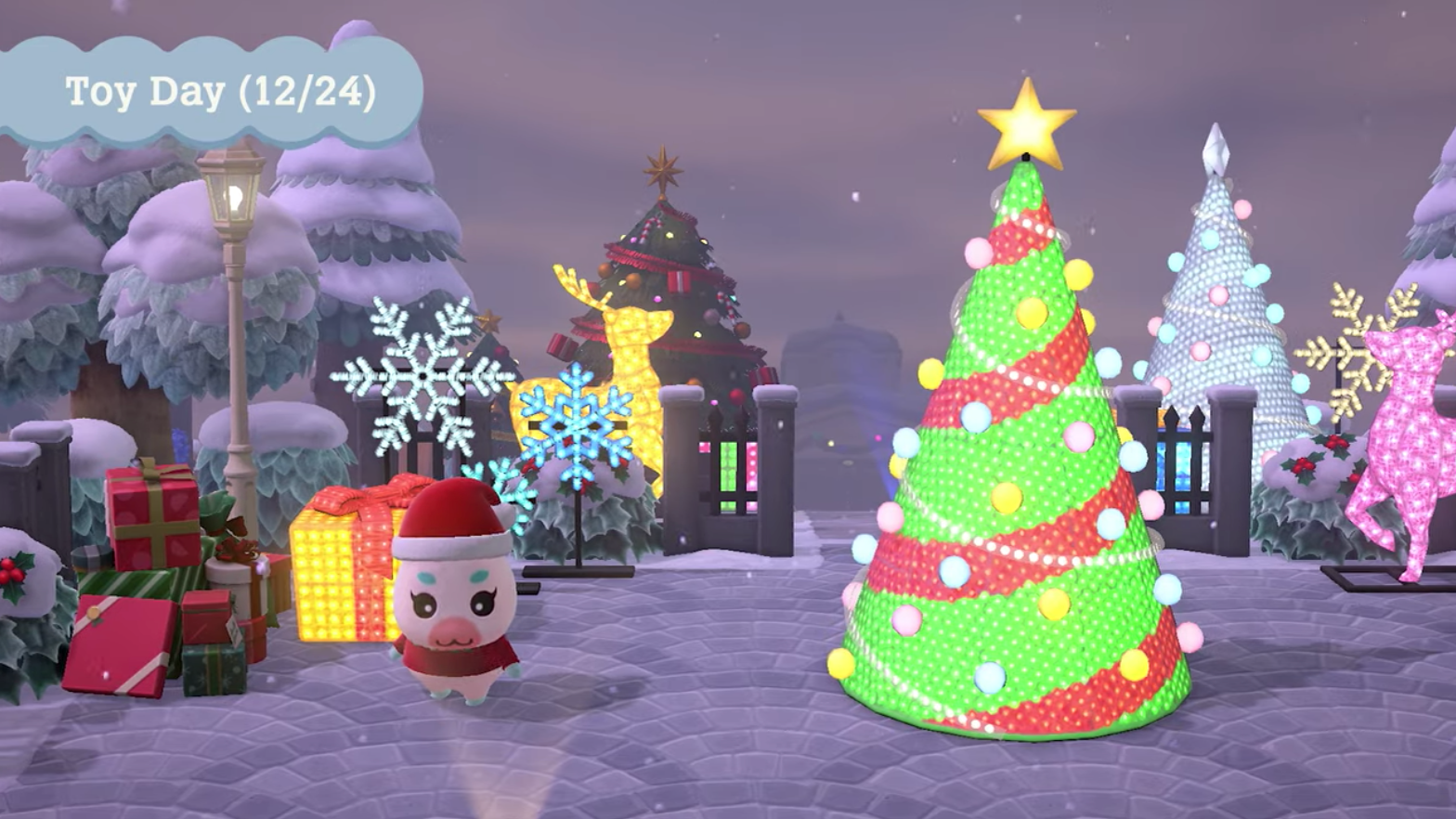 On November 19, a free update will be released for Animal Crossing: New Horizons that will prepare the game for these holiday celebrations while also adding lots of welcome new features to the game. Here’s everything you need to know!

Turkey Day will take place on November 26. During this event, Franklin the turkey will host a get-together in your island’s plaza. Franklin is a chef, and he’ll need your help collecting ingredients that will be used to prepare dishes that will be on display in the plaza during this event. You can receive a free in-game reward for helping Franklin prepare his dishes.

The actual Toy Day holiday takes place on December 24. At that time, the friendly Reindeer Jingle will appear on your island, and you can help him deliver presents. If you do, you’ll receive a present of your own as a reward.

From December 26 to December 31, you’ll be able to purchase items from the Nook Stop catalog that can help you celebrate the arrival of 2021. The game’s New Year’s countdown event will begin on December 31 at 7 p.m. in-game time.

Once this update launches, you’ll be able to spend Nook Miles on nine new Reactions and six new hairstyles for your character.

If you’ve already expanded your in-game home to its biggest size and you’ve paid all of your in-game debt, this update will allow you to purchase a storage expansion for your home from Tom Nook that will take your total storage capacity to 2,400 slots.

This update will introduce the ability for players to visit random islands while dreaming. Before this update, players had to enter Dream Addresses to visit specific islands.

Animal Crossing: Pocket Camp was released on mobile devices three years ago. To celebrate this anniversary, New Horizons players will be able to collect a “Pocket Camp smartphone model” if they have linked both games (Pocket Camp and New Horizons) to the same Nintendo account.

When New Horizons first launched, there was no way for players to recover lost islands or transfer their data to another Switch system if they purchased a new device or their Switch was damaged. A few months ago, an “Island Backup” feature was released that allows players to retrieve their progress if their Switch is ever lost or damaged, and now, new data transfer tools are being introduced with this new update.

We’ll make sure to bring you lots of guides related to these new features in Animal Crossing: New Horizons, so keep checking back with us!

Which of these new events and features are you most excited about? Let us know on Twitter at @superparenthq.