10 Classic Retro Games You Can Still Enjoy With Your Kids 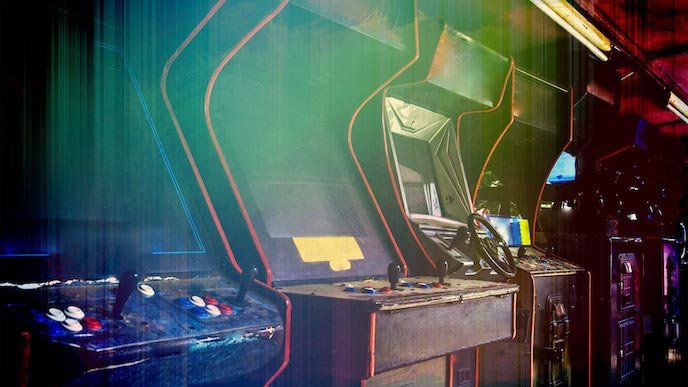 It wasn’t so long ago that the concept of “retro gaming” was confined to the mustiest corners of hobbyist fandom. These days, companies are rushing to produce cute plug-and-play devices stocked with older titles, and some are even inspiring Hollywood blockbusters.

This is great news for parents, as while old games could be ruthlessly difficult, they were also much simpler and more intuitive to play. That makes them perfect for a little quality gaming time with your children, and these games offer you the chance to show them what sort of thing you played when you were their age.

For the purposes of this feature, we’re not going to bother with the likes of Mario and Sonic. As great as they are, nobody needs to be reminded that they exist. Instead, these are some of the lesser-known classics that deserve to be revived. Some have been given re-releases or modern sequels, but others may require you to rummage in closets, blow the dust off beloved old hardware, or search on eBay. Where retro gaming is concerned, that’s all part the fun.

Don’t be put off by the gruesome title. This 1993 Super Nintendo and Sega Genesis game from Lucasfilm is silly and playful rather than violent and nasty. It’s a two-player game as well, as you take control of twins Zeke and Julie, and keep their neighborhood safe from roving zombies, alien blobs, axe-wielding maniacs, killer plants, and more. There’s a wonderful, ironic B-movie charm to the proceedings, especially in the weapons you use, which range from water pistols to soda can grenades and weed whackers. If your kids love Goosebumps, they’ll really get a kick out of this goofy monster mash.

One of Nintendo’s few abandoned franchises, this cartoony 1994 racing game was created to showcase the Super Nintendo’s Super FX chip technology, which allowed for solid 3D graphics. Time hasn’t exactly been kind to the game’s technical appeal, as it now seems very slow, but that’s no bad thing for younger children. The courses are wonderfully designed, and the expressive vehicles, with their giant googly eyes, will play well with fans of Pixar’s Cars series. Mostly, we still love the bounciness of the game, which makes chugging around the bright and breezy tracks a real hoot, even if you’re not winning the race.

The Crash Bandicoot revival has turned a whole new generation on to the wonders of 1990s platform games, but sadly, Sony’s brilliant Ape Escape series has yet to be tickled with the nostalgia brush. As the title suggests, you have to round up a veritable army of escaped apes, which you do by first bashing them with a lightsaber-style device, then swooping them up in a net. The game was created in 1999 to introduce players to the original PlayStation DualShock controller, and while its double joystick design is now the standard, back then people needed to be shown what could be done with this new control scheme. That means the game is stuffed full of quirky bonus activities, as well as hours of colorful exploration fun.

Another sadly forgotten and abandoned franchise, this 1996 sci-fi fighting game came from Capcom, the same company that turned out dozens of Street Fighter games but only ever created one sequel for this lost gem. Star Gladiator is perfect for the young Star Wars fan in your life (certainly more than Masters of Teras Kasi, the truly awful official Star Wars fighting game), packed as it is with a cast of weird and wonderful characters ranging from cool heroes to awesome robots, hulking hairy beasts, a guy dressed as an eagle for some reason, and a scientist who turned into a dinosaur. Compared to most fighting games, this one is easy to get to grips with, and even novice players can pull off spectacular moves without too much trouble.

Let’s go further back in time, and throw some love in the direction of Taito’s delightful 1986 arcade game. Another game that supports two players, kids will love controlling adorable dinosaurs Bub and Bob as they belch out bubbles to trap monsters, then pop them to turn them into fruit for bonus points. Unlike so many arcade games of this vintage, Bubble Bobble really isn’t too hard - at least not to begin with - and its cheerful aesthetic and seriously amazing soundtrack will put a smile on your face regardless. It’s also been released on dozens of gaming platforms since, so is really easy to find. Just try getting that theme music out of your head. Can you say “ear worm?"

We’re staying in the 1980s for another Taito classic. The bat-and-ball genre of gaming was one of the first to break out (no pun intended) to the home market, but this timeless style of play has since vanished completely. There’s a science fiction storyline to this arcade hit, but you don’t need to follow it. Instead, just enjoy the primal pleasures of bouncing balls into bricks and making them vanish. This is something that, for whatever reason, never stops being satisfying, and the addition of cool power-ups and ingenious level designs only adds to the fun. Pure, simple, and immediately satisfying, this is one of those games that will never feel outdated.

What do you get when you combine the competitive action of Street Fighter with the block-dropping puzzle framework of Tetris? You get Super Puzzle Fighter, a game that takes a little practice to understand, but quickly becomes incredibly addictive. The aim of the game is to defeat your opponent by dropping pairs of colored gems so they combine to form larger gems, which can then be smashed. The larger the gem, the more countdown blocks you dump on your opponent’s screen. If the space fills up to the top, it’s game over. What makes Puzzle Fighter so much fun is that there’s a gleeful pleasure in matching colors and smashing blocks, but also a level of strategy involved that is surprisingly deep. With its cute “chibi” style graphics, and upbeat arcade presentation, it’s hard to resist. This is another game that has been released many times on different formats, but the original PlayStation version is the pick of the bunch.

You may know this one from the recent blockbuster Dwayne Johnson movie, which doesn’t do a great job of capturing the pleasures of the 1986 arcade game, but gets most of the broad beats correct. Quite simply, three hapless humans are transformed into giant monsters - a gorilla, a lizard, and a wolf - and you get to play as these monsters, demolishing buildings and dodging the military to progress to the next level. Kids will love the slapstick mayhem of this game, as well as the many quirky little details - such as the way the monsters burp fire if they eat something hot, or shuffle off-screen embarrassed when they run out of energy and transform back into tiny underwear-clad humans. There’s not much depth to this one, but if your kids have a boisterous streak, this multiplayer classic will allow them to let off steam without causing real world chaos!

This beloved puzzle game, originally launched on the Commodore Amiga home computer back in 1991, is still both hilarious and seriously brain-taxing. A flood of tiny critters pours into the level at one end, and you must guide them safely to the exit by using up a limited supply of special abilities. These allow the Lemmings - who, with their green hair and blue jumpsuits look nothing like the real life animal - to build bridges, scale walls, and float to safety on umbrellas. It’s a compelling mix of thoughtful planning and frantic implementation, and while the original game does have a two-player mode, you can have just as much fun collaborating on solving the single-player levels together. Cute but challenging, it’s another legendary game series that has sadly been left behind by the modern games industry. The company that originally made it went on to create Grand Theft Auto!

The Secret of Monkey Island

Finally, if you want a great story game that you can play together, look no further than the acclaimed 1990 adventure The Secret of Monkey Island. As hapless wannabe pirate Guybrush Threepwood, you’re dragged into a bizarre quest to defeat the pirate king Le Chuck, but the route to get there takes in some truly hilarious twists and turns. There’s no way to die in the game - a real shocker at the time - so the challenge comes from working out how to use the objects you find to complete your goals. Some of the puzzles are a little too opaque, so maybe play with a walkthrough on hand, but the game also features one of the best combat mechanisms ever - you choose the quips and insults, rather than the sword fighting itself! Kids will enjoy the deliberately silly humor, but will also probably notice the similarities to a certain pirate-themed movie franchise which took a lot of “inspiration” from the storyline of this game...