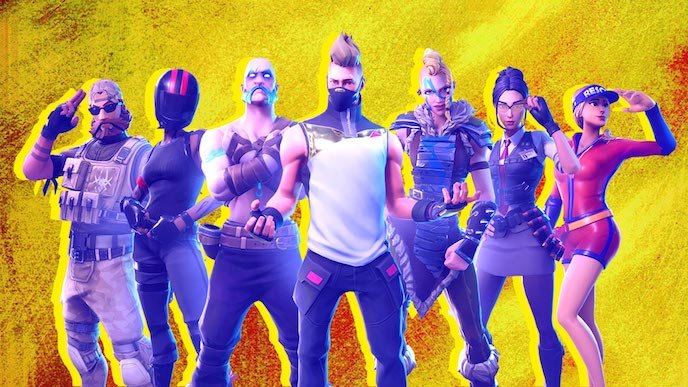 Each Fortnite season brings plenty of new goodies and changes to the massively popular battle royale game. Here’s what you and your teens can look forward to when you dive into Season 5.

Part of the map has been turned into a desert

A swamp-filled part of the map known as Moisty Mire has been transformed into a desert area called Paradise Palms. In addition, a new location called Lazy Links has been added to the map. This area features a golf course that players can interact with. Finally, a Viking ship and ancient statues have appeared around the map.

Fortnite may be free-to-play, but many players eagerly pay real money to unlock each season’s Battle Pass. Each Battle Pass costs around $10, and it contains 100 tiers of challenges to complete in exchange for in-game cosmetic prizes, like skins (costumes) for a player’s character. As Forbes reported, some of the new skins in Season 5 include a lifeguard, a soldier, and a huntress, which Forbes described as a “Viking shield maiden.” If players can make it to Tier 100 of the Season 5 Battle Pass, they’ll unlock the upgradeable Ragnarok skin.

Forbes also pointed out that the Season 5 Battle Pass introduces a new kind of prize to the game: Toys. For Season 5, players can unlock basketballs, beach balls, and golf balls, and then actually play with these items during matches.

Remember, parents, even though the Battle Pass contains some neat rewards, players aren’t required to purchase it in order to enjoy the other new changes in Season 5.

You can now drive around in off-road golf karts

Season 5 brings back the Challenge the Horde mode, which asks players to defend themselves against waves of enemies. Players have a limited amount of time to create weapons and structures, as well as place traps, which increases the difficulty.

Save the World will also see the addition of new Wild West Heroes and a Flintlock Weapons set.

While not specifically related to Season 5, IGN reported that Fortnite will begin its 8-week Summer Skirmish competition series this weekend. A new competition will be held each week, and $8 million in prize money is up for grabs in total.

The first event will be a $250,000 Duos competition. Invitations for this event have already been sent to players, with a Fortnite blog post saying this event’s participants will include “community creators and Fortnite players who have demonstrated their competitive prowess.”

Even if you didn’t receive an invite for the first competition, it doesn’t mean you’re out of luck for the entire series, as the blog post continued to say “[t]he format and competitors may change from week-to-week, so stay on your toes!”