The Haunted Mansion: Call of the Spirits Review 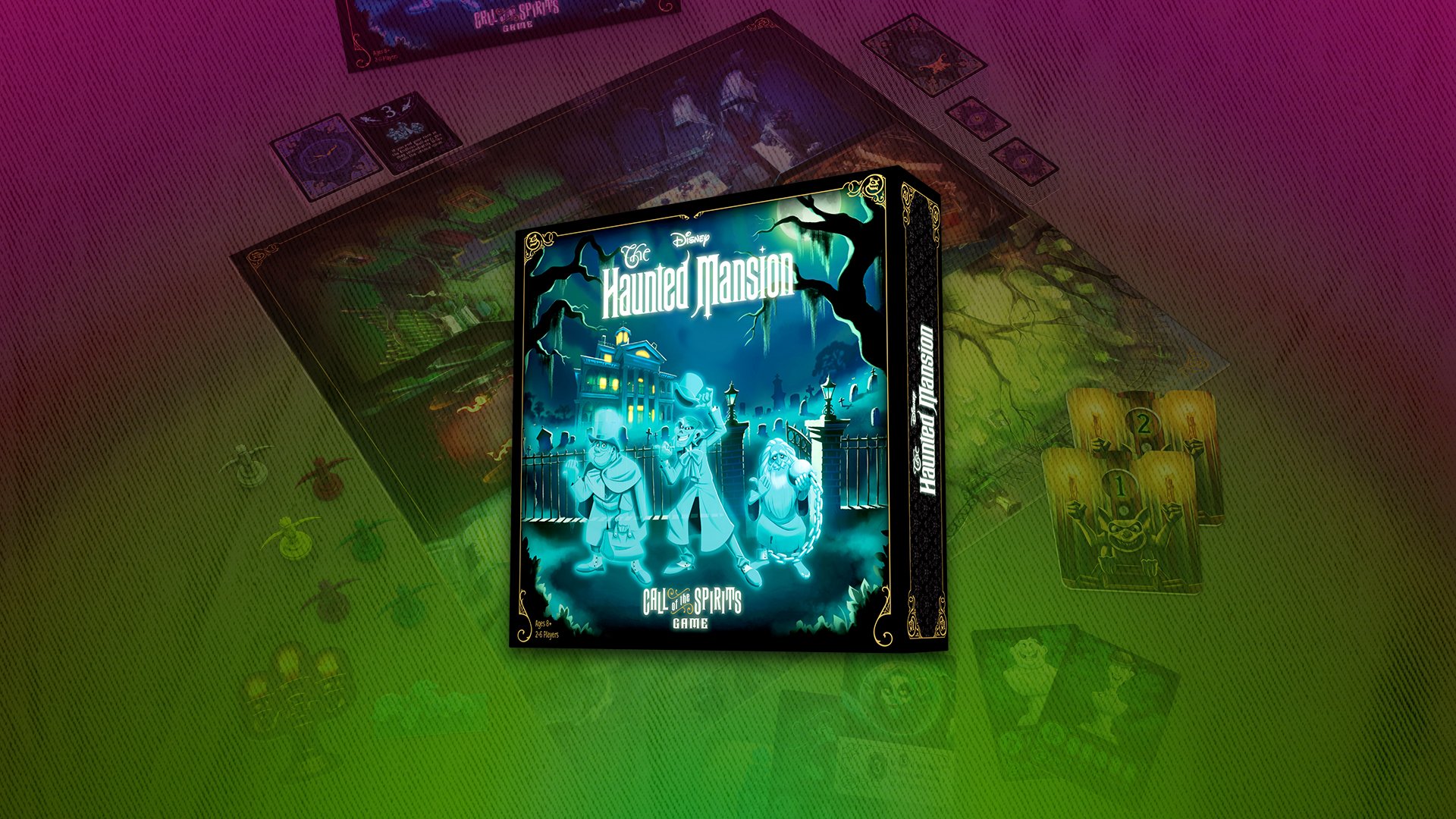 In The Haunted Mansion: Call of the Spirits, 2-6 players explore the Haunted Mansion with the goal of collecting as many friendly ghosts as possible while avoiding being haunted by the three Hitchhiking Ghosts.

The Haunted Mansion: Call of the Spirits takes about 30 minutes to play. You have a limited number of rounds (determined by the number of players) to explore the mansion and collect as many of the 99 Ghost Cards as you can, while trying to collect as few Haunt Cards as possible.

On each turn, the starting player draws an Event Card, which controls the movement of the Hitchhiking Ghosts around the mansion. As the Hitchhiking Ghosts move around, Ghost Cards are placed in the rooms they’ve visited. These Ghost Cards are drawn from a deck, so you won’t know which ghosts are about to appear in the mansion until they actually do.

Once the Hitchhiking Ghosts have moved for the round, each player can take up to three actions on their turn. This includes:

Ghost Cards come in a variety of “types,” such as Musicians, Dancers, Paintings and Artifacts, Grim Grinning Ghosts, and so on. Most cards have a standard point value that can help you win the game, while others will only become valuable if you collect certain combinations of Ghost Cards. For instance, collecting one Painting and Artifact card is worth three points, but if you can create a set of three of these cards, the set is worth 12 points. These point values and combinations are found at the bottom of each card, along with the symbol telling you what kind of Ghost Card it is. This can help players keep things straight and form the right sets by matching symbols, rather than looking at artwork.

In addition, certain Ghost Cards trigger actions upon their collection. As an example, if you want to collect a Ballroom Ghost, you must also collect a Haunt Card at the same time. There are also Special Ghost cards, such as The Bride, Madame Leota, and The Headless Knight, which can give you bonus points at the end of the game based on the other Ghost Cards you’ve collected.

Finally, if you choose to collect a Ghost Card from the room where the Hitchhiking Ghosts are currently located, you’ll have to draw a Haunt Card as well.

At the end of the game (once you reach the “Final Round” Event Card), you’ll add up the value of all of your Ghost Cards, and then figure out which player had the highest value in Haunt Cards (Haunt Cards are worth 1-3 points each). The player with the highest total (the one who was the “most haunted”) will have a penalty knocked off of their final score. In other words, Ghost Cards are good, Haunt Cards are bad, and you’ll need to use strategic thinking to collect as many valuable Ghost Cards as possible while keeping your Haunt total low.

We really enjoyed our time with Call of the Spirits. Even though the game has a fairly basic premise, there’s a lot of strategy at work here. Is it worth collecting that valuable Ghost Card even though you’ll have to collect a Haunt Card at the same time? Should I spend actions eliminating Haunt Cards in the Seance Room, or should I take the chance that my opponents are more haunted than I am?

The game can also help younger players practice their spatial reasoning, as it helps to be able to mentally manipulate the board (for instance, mentally picturing the movement of the Endless Hallway) as you strategize the best actions to take on each turn. For instance, by moving the Endless Hallway, you can force another player into the room with the Hitchhiking Ghosts, which can affect the actions they take on their own turn.

Is this game too scary for kids?

On the surface, Call of the Spirits might sound too spooky for younger players, but the game is family-friendly, with cartoonish (and lovely) art on the Ghost Cards, and only a few references to more mature concepts (such as The Executioner Ghost Card and a Ghost Card with a gravestone statue of the deceased with an axe in his head). That being said, the game remains lighthearted and never crosses the line into blood and gore (it’s a Disney property, after all).

Call of the Spirits has a large board and lots of components that need to sit in front of each player. You can fit a two-player game on a standard card table, but adding more players will likely require a larger playing surface.

The Haunted Mansion: Call of the Spirits is a fun tabletop game with a great theme for fans of Disney’s theme parks. It includes enough strategy to be engaging for older players, while also not being so complicated to alienate youngsters. This feels like a nice stepping stone for younger gamers into the world of more complicated tabletop experiences.

The Haunted Mansion: Call of the Spirits is available now for $24.99.