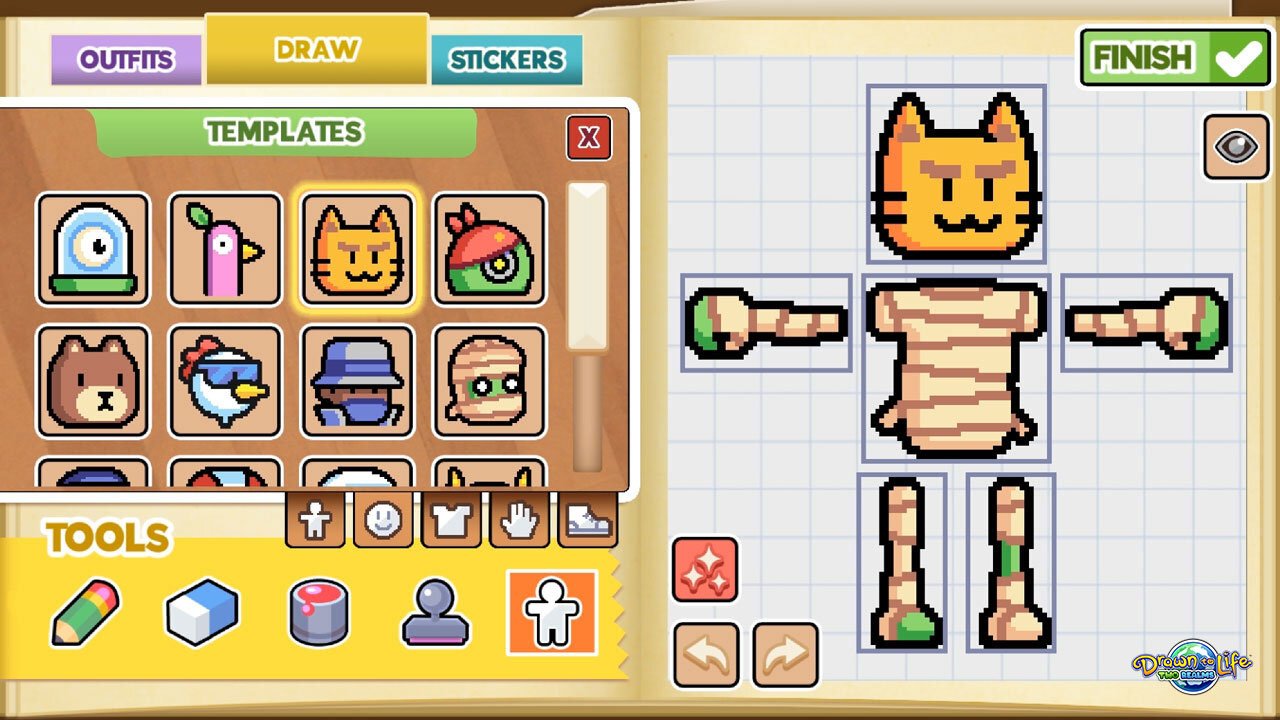 Two Realms is described as an “action-adventure platformer” that also contains puzzle gameplay elements. Players will need to complete 2D stages by placing tangible toys throughout environments to help their character get around.

The Drawn to Life games focus heavily on engaging the player’s imagination. In Two Realms, players will be able to create their own playable character by customizing their torso, legs, arms, and so on, and they’ll also be able to unlock a variety of costume pieces using in-game currency.

In a press release, Neil Ralley, president of 505 Games (the publisher of Drawn to Life: Two Realms), commented on the game:

“We’re unearthing the beloved and groundbreaking Drawn to Life franchise with a new version created for a new generation of gamers and platforms. It’s been over a decade since the previous title so we can’t wait for new players and long-time fans to get their hands on Drawn to Life: Two Realms just in time for the holidays – the perfect opportunity for older fans with families to share an old favorite with their kids.”

Drawn to Life: Two Realms will be released digitally on Switch, PC, iOS, and Android on December 7. The game will be available for $9.99 on Switch and PC, and for $4.99 on mobile devices. It’s been rated E for Everyone by the ESRB.