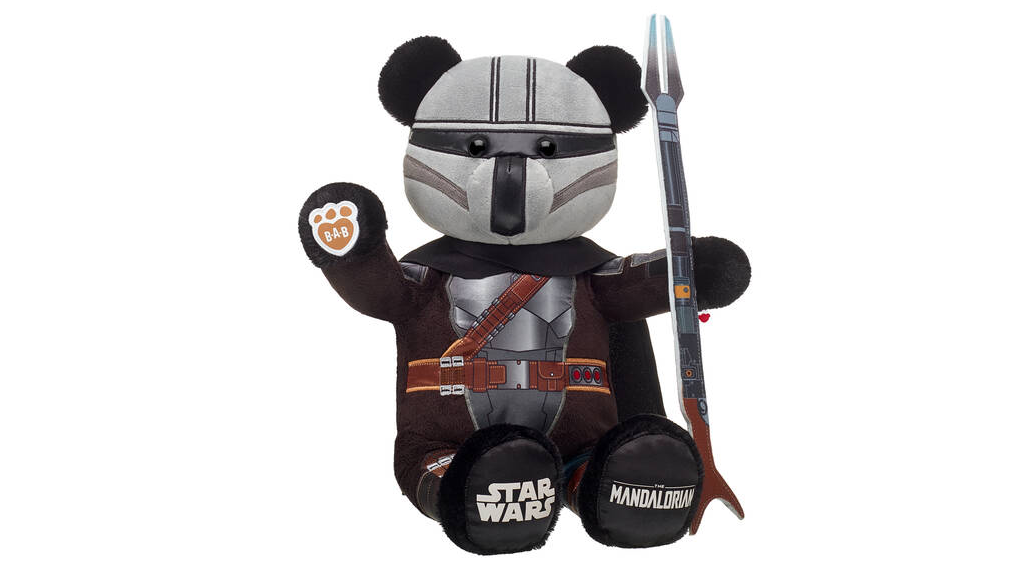 Rather than being sold in stores, the new Mandalorian bear bundle is only available online. It costs $48.

The Mandalorian Bundle includes the 16-inch Mandalorian plushie and a sound module of “The Mandalorian Theme Song,” which will be placed inside the bear so it can make noise. The Mandalorian bear itself comes fully dressed, and it also includes a plush version of the character’s weapon to complete the look.

Going forward, Build-A-Bear will release at least one more product inspired by The Mandalorian television show. Specifically, you’ll soon be able to purchase a plush version of the hover pram that The Child rides around in, which will be big enough to fit Build-A-Bear's plushie of The Child, if your family already owns it. The pram will only be available online, and it will be priced at $35.

What do you think of these new products inspired by The Mandalorian? Let us know on Twitter at @superparenthq.