Pokemon Sword and Shield The Crown Tundra: How to Get Cosmog 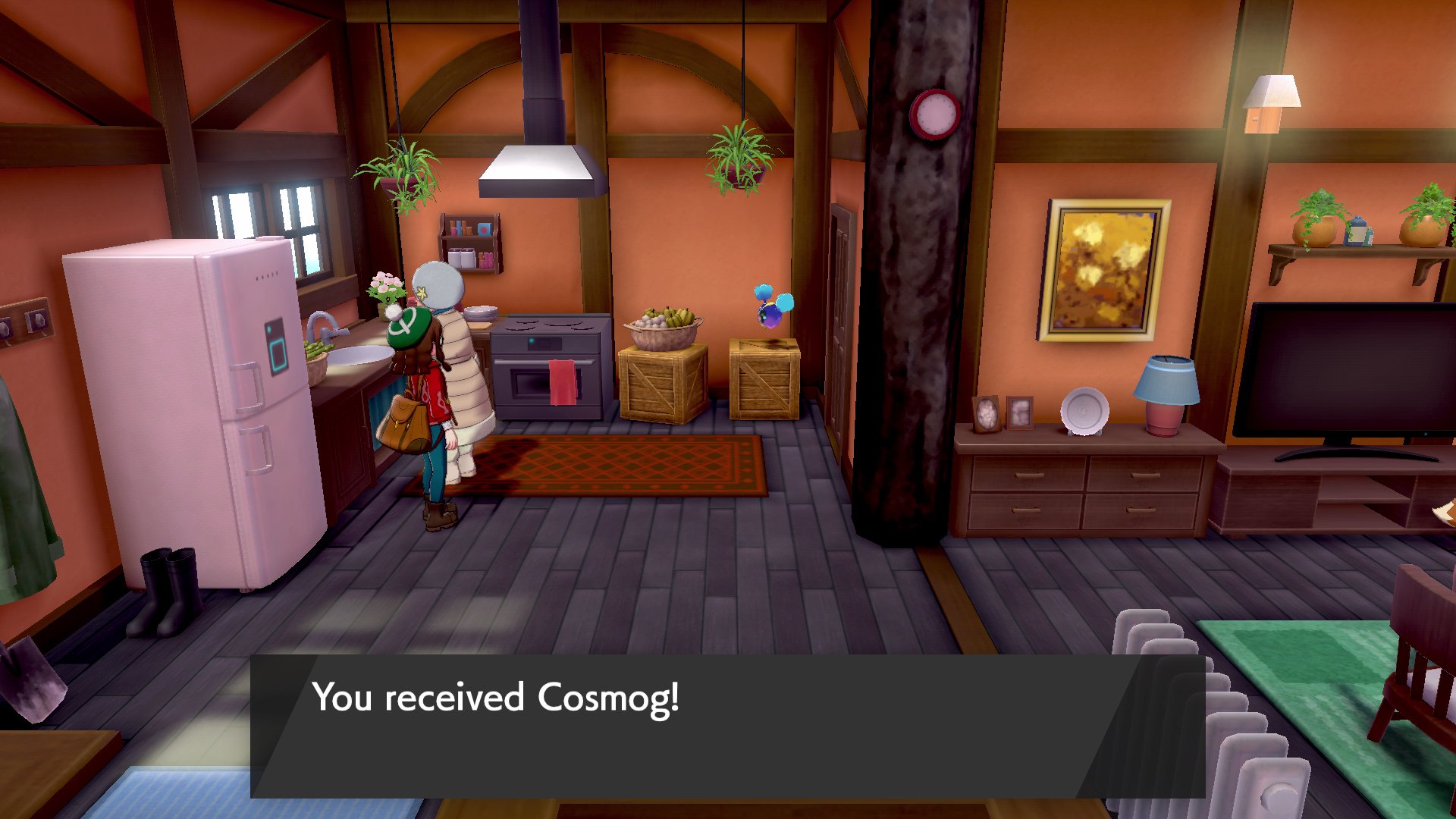 The town of Freezington in The Crown Tundra expansion for Pokemon Sword and Pokemon Shield has a few buildings to explore. One is owned by the town’s mayor, while another is where Professor Sonia is performing her research into three of the Legendary Pokemon that can be found in the region.

If you enter the house across from the Peddler (the house next to the woman who is sitting on a crate), you’ll meet an elderly woman who is taking care of a Cosmog. She’s looking for someone worthy to take care of this special pocket monster, which is where you come in.

As part of the storyline in The Crown Tundra expansion, you’ll need to help Calyrex earn back the loyalty of his former companion (either Glastrier or Spectrier, depending on your actions). As you make your way through the story, Glastrier or Spectrier will eventually “attack” the town of Freezington, and you’ll need to defeat the Pokemon in a battle.

After this event, you can return to the home with the elderly woman and Cosmog and talk to her again to learn that she now finds you worthy of taking care of this Pokemon. Just tell her you’re willing to take care of Cosmog, and she’ll give it to you!

And that’s all there is to it! Have fun!