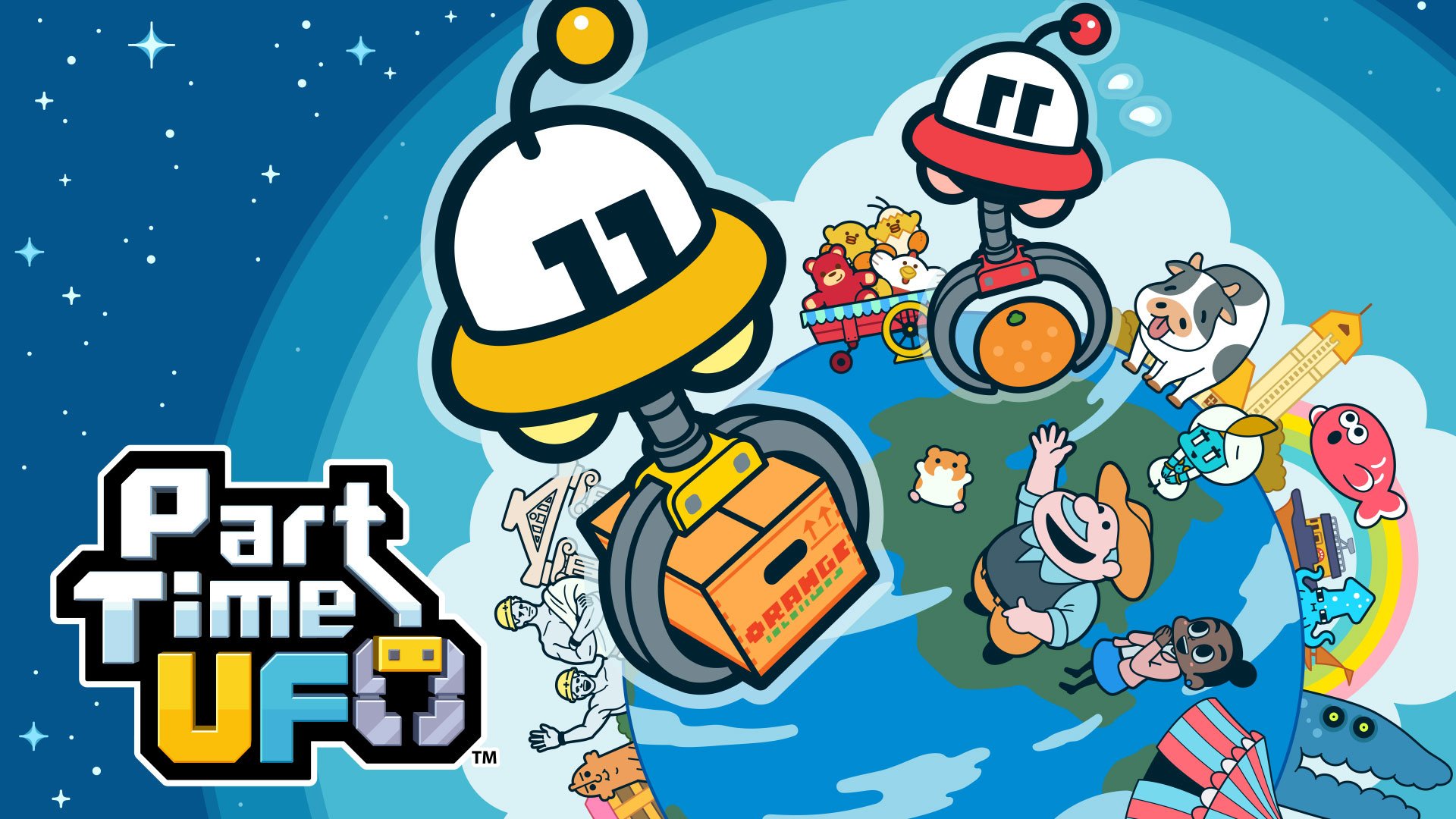 Part Time UFO is a puzzle game from HAL Laboratory, the makers of the Kirby video games. The game was previously released on iOS, Android, and Amazon devices, and now, it’s made its way to Nintendo Switch.

In Part Time UFO, you’re challenged to help a friendly alien complete tasks for humans, such as loading produce into the back of a farmer’s truck, scooping fish out of the water, and stacking cheerleaders into a tall formation.

The alien rides around in a UFO that comes equipped with a retractable claw that you can use to pick up objects and move them around the in-game world. While you can play the game on your own, you can also team up with a friend and complete stages together in the same room. In this case, both players control their own UFO.

In each stage, you’re asked to complete a different objective. As an example, the first level asks you to load oranges into the back of a farmer’s truck after they fall out. You’ll receive in-game currency for each job you complete, and you can also earn up to three medals on each stage, depending on how (and how quickly) you complete it.

As an example, in the stage with the farmer's oranges, you can complete the level by simply moving all of the oranges and orange boxes into the back of the truck, regardless of how organized they look. However, if you take the time to neatly organize the oranges into a crate that has also fallen out of the truck, you’ll receive a medal. If you make sure the boxes are stacked neatly rightside up, you’ll receive another medal. The third medal on each stage can be earned by completing each stage within a certain amount of time (you can replay stages to earn any medals you previously missed).

While the basic premise of Part Time UFO is quite simple, you have to take physics into account while playing. Depending on how you pick up an item (for example, from straight above, or by one of its corners), the object may rotate in the air. Plus, as you move your UFO around the screen, the object you’re carrying will swing back and forth. This means you’ll need to carefully move and place objects to ensure they stay in the required area once you place them down (rather than falling over and possibly away from the goal).

You only have access to a few levels at the beginning of the game, but you can unlock more by collecting the required number of medals. You can also purchase a variety of outfits for your alien friend using the money you earn while playing. These outfits can impact the way your UFO performs. For instance, one may allow you to stop more quickly while moving.

In addition to these standard levels, the game includes a Tower of Infinity mode that challenges you to stack objects as high as you can without letting any fall off of the platform, as well as a mode that allows you to explore ruins on a search for treasure.

Check out 16 minutes of Part Time UFO gameplay in our video below.