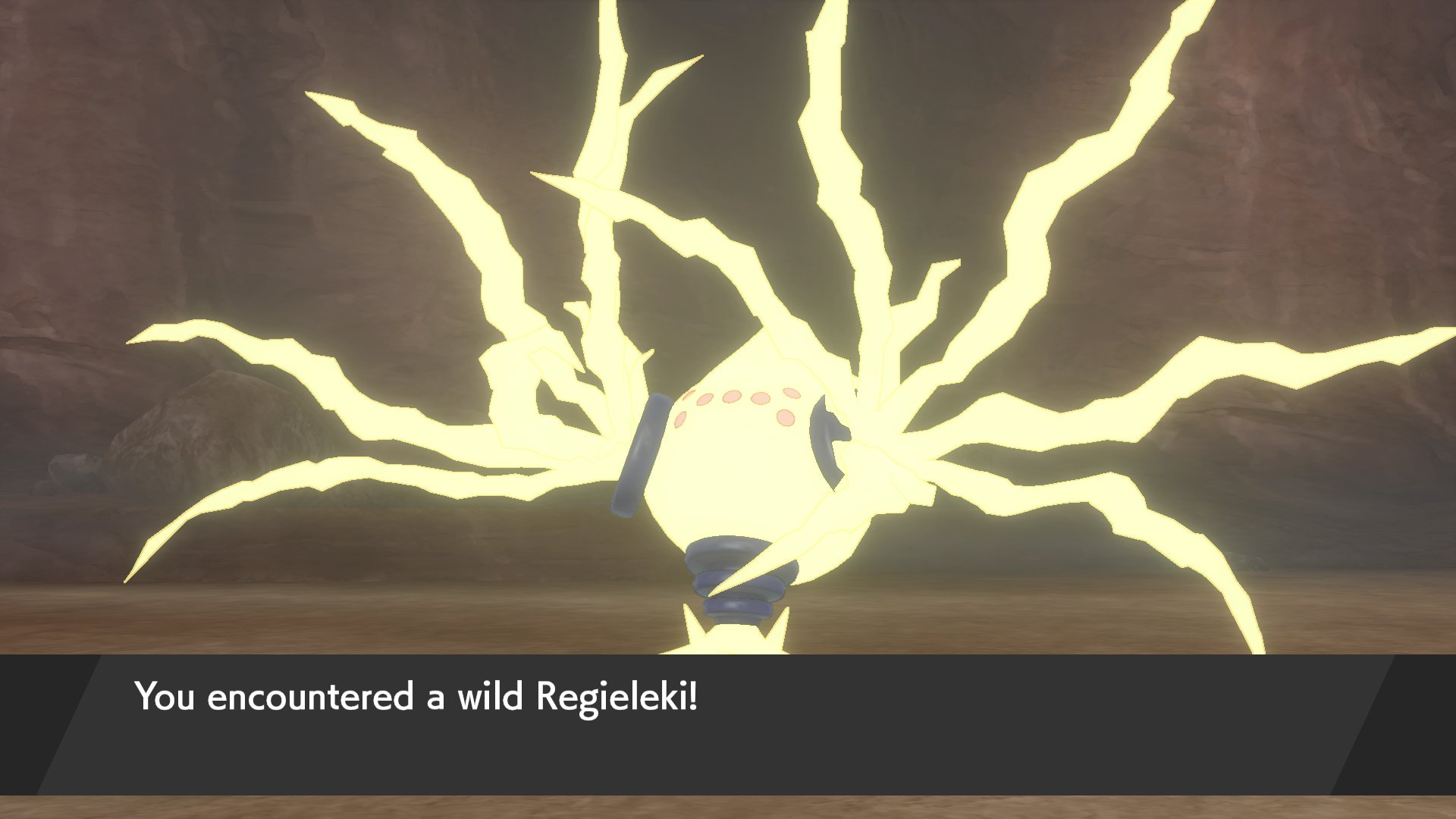 As you make your way through The Crown Tundra expansion for Pokemon Sword and Pokemon Shield, Peony will ask you to explore a series of ruins throughout the Crown Tundra area to discover the Pokemon that can be found inside.

To start, you can only explore three sets of ruins in order to encounter and capture Regice, Registeel, and Regirock. Once you’ve added these three Legendary Pokemon to your collection, you can move onto the fourth set of ruins, called the Split-Decision Ruins. These ruins will allow you to encounter and capture either Regieleki or Regidrago, but not both (you get to choose between them).

Here’s everything you need to know about finding, battling, and catching Regieleki and Regidrago in the Crown Tundra!

The Split-Decision Ruins can be found in the Three-Point Pass area of the Crown Tundra. You can get there from the Frigid Sea.

Check out the map below to see the exact location of the Split-Decision Ruins.

When you interact with the door to the Split-Decision Ruins, you’ll receive a clue that can help you figure out how to open it: “A giant of rock. A giant of ice. A giant of steel. When gather the three giants, the door of destiny shall be opened.”

To open the door, you’ll need to have Regirock, Regice, and Registeel in your party, and then interact with the door once more. Once the door opens, you’re free to remove these three Pokemon from your party if you’d rather have other pocket monsters on your team for the upcoming battle against Regieleki or Regidrago.

As you enter the Split-Decision Ruins, the game will zoom in on the circular patterns on the outside of the ruins. These are important, so we’ve included a screenshot of them below for your reference.

Inside the Split-Decision Ruins, you’ll see 10 circles on the floor. As reported by Instagram user “exclusivespoke,” you now have to choose whether you want to battle and catch Regidrago or Regieleki by walking over specific circles to create the correct pattern. That is, you need to walk over the correct circles to recreate one of the two patterns on the outside of the ruins.

Once you create the desired pattern, the statue at the back of the room will light up. Interact with it and choose “Yes.”

Legendary Pokemon are notoriously difficult to capture. That means it may take you quite a while (and even a few resets) to add either Regieleki or Regidrago to your collection. That being the case, you may want to check out the ChargePlay Clutch from HyperX. It can extend your device’s battery life so you can play Pokemon Sword and Shield (and other Switch games) for a longer period of time before having to charge your Switch. Head over to HyperX’s website to learn more about the ChargePlay Clutch and the company’s other accessories.