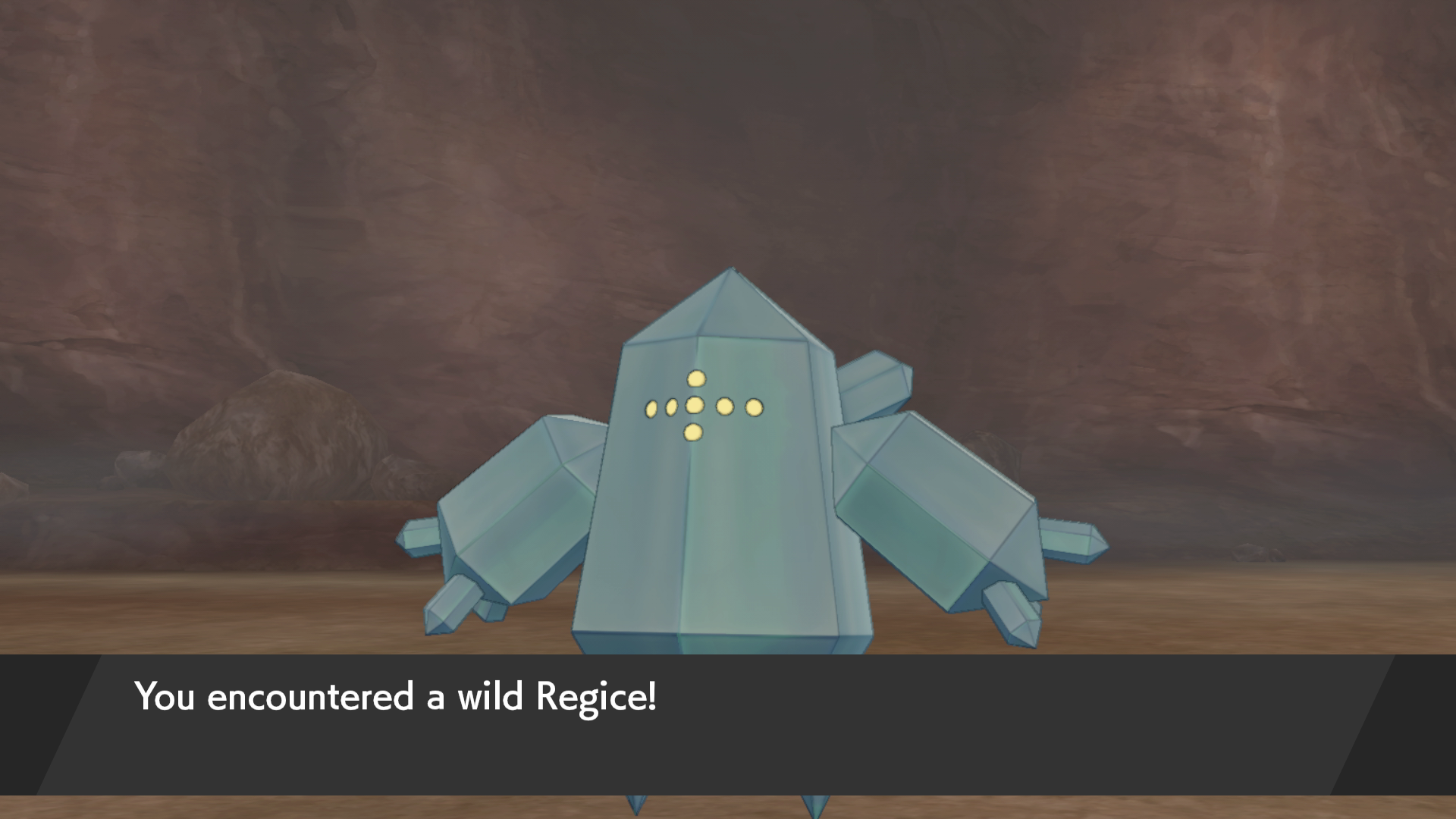 The Crown Tundra expansion for Pokemon Sword and Pokemon Shield allows players to capture all of the Legendary Pokemon that were originally seen in previous Pokemon role-playing games (RPGs).

While many of these Legendary Pokemon can be found by completing Dynamax Adventures, there are some that require you to complete special missions or actions before you can encounter them. One of these is Regice.

Here’s everything you need to know about finding, battling, and capturing Regice in The Crown Tundra expansion!

Early on in the storyline of The Crown Tundra expansion, you’ll meet a man named Peony, who asks you to work with him. He’ll ask you to explore ruins located throughout the Crown Tundra area, which will allow you to encounter different Pokemon.

Regice can be found inside the Iceberg Ruins.

The Iceberg Ruins are found in the Snowslide Slope area of the Crown Tundra. Check out the screenshot below to see exactly where they’re located.

When you interact with the door to the Iceberg Ruins, you’ll discover it’s locked. However, you’ll also receive a clue that will help you figure out how to open it: “Walk together with a living crystal of snow.”

To open the door, you’ll need to capture a Cryogonal (if you haven’t already) and place it in the lead position in your party. You’ll also need to make sure that you’re allowing your lead Pokemon to walk behind you as you explore the Crown Tundra. If you’ve turned this feature off, you’ll need to turn it back on to complete this task (you can turn it back off later).

Once you’ve fulfilled this requirement, simply interact with the door while Cryogonal is following you and the door will open! If you’ve yet to capture a Cryogonal, check out the screenshot below to see some of the places where you can find one (and their required weather conditions). In our experience, Cryogonal is a pretty common Pokemon, so you shouldn’t have too much trouble tracking one down.

When you enter the Iceberg Ruins, you’ll see seven circles on the floor. Walk across these circles to make them light up (you can walk across them in any order). Once all seven circles are lit, the statue at the back of the room will light up as well.

Interact with the statue and choose “Yes” to start your battle against Regice. This is a traditional Pokemon battle, which means it allows you to capture Regice! (Be sure to save your game before the battle so you can quickly reset your game and try again if you run out of Poke Balls, or if Regice knocks out your entire team before you can capture it.)

Legendary Pokemon are notoriously difficult to capture. That means it may take you quite a while (and even a few resets) to add Regice to your collection. That being the case, you may want to check out the ChargePlay Clutch from HyperX. It can extend your device’s battery life so you can play Pokemon Sword and Shield (and other Switch games) for a longer period of time before having to charge your Switch. Head over to HyperX’s website to learn more about the ChargePlay Clutch and the company’s other accessories.

Once you’ve captured Regice, you may be interested in catching Regirock and Registeel as well. Check out our guides to learn more about catching these Legendary Pokemon!